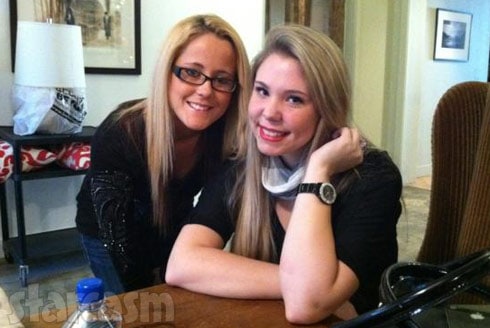 The fallout between Teen Mom 2 star Jenelle Evans and her co-stars continues as Kailyn Lowry used a bit of insomnia as a reason to make fun of Jenelle Evans’ mystery illness that eventually led to her appearance on The Doctors for a diagnosis. As Ron Burgundy would say, things escalated quickly after that.

Jenelle, who had written “Goodnight tweeters” a little more than an hour prior, retweeted Kail twice and added her own messages. In the first she wrote: “Come on let’s talk. Answer your phone. ?” When that didn’t work, Jenelle got a little more aggressive.

“‘Jenelle… You can’t take a joke?’ Well here’s a joke… Everyone call Kail…” The tweet included a phone number with the 484 area code.

Kail didn’t seem to notice anything was amiss, and someone had to tell her that Jenelle had tweeted and deleted her number. She did thank those who had reported the tweet though.

Meanwhile, Jenelle continued her angry responses. “Like really… We’ve all let go of this topic for about 2 weeks now…” she wrote. “You still mad bro? Hahahaha.”

Jenelle then reveals the subject of some of her private text messages with Kail, which were apparently pretty similar in tone. “Like I texted you two months ago Kail… your attitude will kill you one day. No wonder you feel the worlds against u…” Jenelle then asks, “So u pick on me?”

Kailyn later seemed to have a change of heart and deleted her initial tweet as well. “I’ll try to be nicer,” she tweeted. “Guess my jokes aren’t funny.”

The explosive virtual feud will potentially become an in-person one when the Teen Mom 2 cast reunite in New York City next week to record their after show interviews. “We will see each other next week,” Jenelle tweeted.

And for those who need receipts, we’ve got those for you in the form of screen caps of all the Twitter drama: 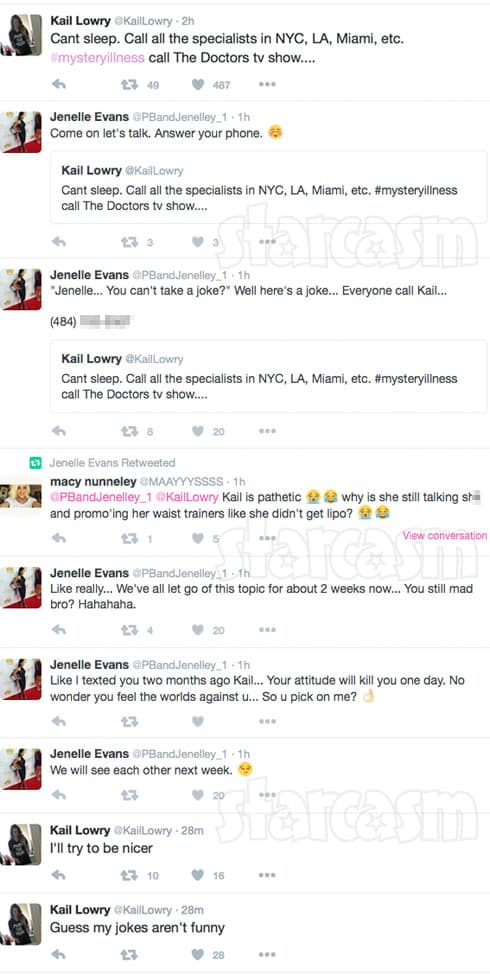