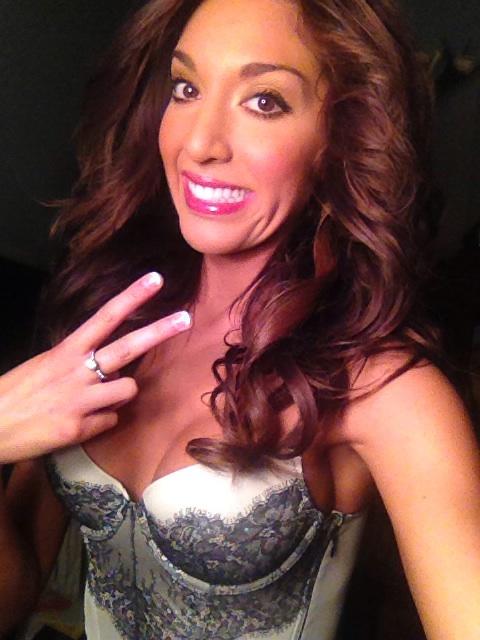 The news of Farrah Abraham’s sex tape hit the web earlier this week and while it was initially thought to be a leak, it was far from it. Farrah’s co-star in the film, James Deen, angered Farrah yesterday when he admitted that it was actually Farrah who set the whole thing up. Now, she’s finally coming clean about the film and revealing how much she’s hoping to make off it.

According to Farrah, she had good reason for making the film. You see, she wanted to immortalize her smokin’ hot 21-year-old body so that when she gets older and loses her good looks, she can look back on it and remember how she performed while in her prime.

During her TMZ chat, Farrah brought up her ex-boyfriend and father of her daughter Sophia, Derek Underwood, who died in a car accident back in 2008, telling them, “If my ex-boyfriend Derek were alive, I would’ve rather it had been him with me.”