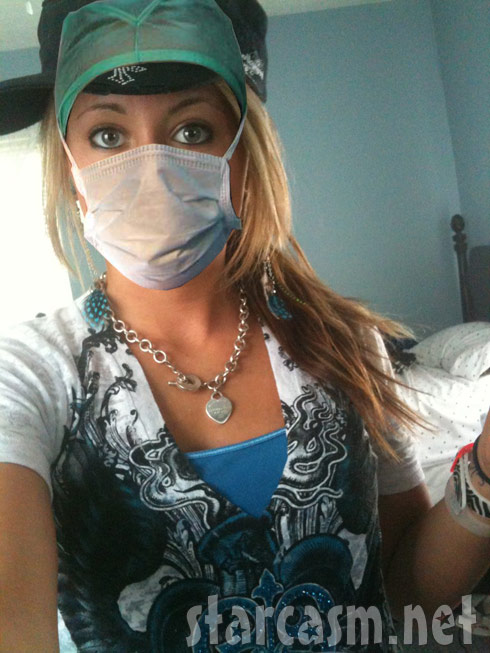 Teen Mom 2 star and tabloid headline grabber Jenelle Evans is in the midst of turning her life around after her anger management issues and fondness for marijuana got her into all kinds of personal and legal trouble, including a couple brief stints in jail. Jenelle is close to serving out her probation after her “Teen Mom Brawl” arrest and has reportedly been passing all of her drug tests and attending all of her required anger management classes.

Jenelle was also doing well at Cape Fear Community College, where she was taking classes in pursuit of a degree in film studies.

But with her newly stabilized lifestyle (recent fallout with roommate Amber excluded) Jenelle has apparently reevaluated her career goals and after a visit to Miller-Motte Technical College she made this announcement on Twitter:

Surgical assistant? Ummmm… I’m as big a fan of Jenelle as there is in the blogosphere, but I don’t know if I want my appendix being removed when Jenelle takes offense to the surgeon’s tone when he asks for the scalpel! When I close my eyes, this is what I imagine… 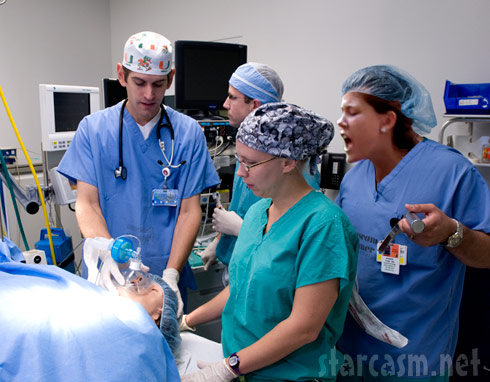 Can you imagine the last thing you see before going under is Jenelle wheeling you into the operating room!

Ah heck, I’m just kidding. Jenelle wants to become a surgical assistant? More power to her! (Perhaps her trip to the Buddhist monastery will help her control her anger in the operating room, right?) I think as long as one of her best friends isn’t right there beside her it should be fine 🙂

In other Jenelle Evans hospital news, she is currently with Jace at a the hospital where her sister Ashleigh is currently giving birth! There were reports back in April that Ashleigh was expecting triplets and then later reports that she may have lost one or two of her babies along the way. Best of luck to Ashleigh! We’ll update the post as soon as we hear anything.