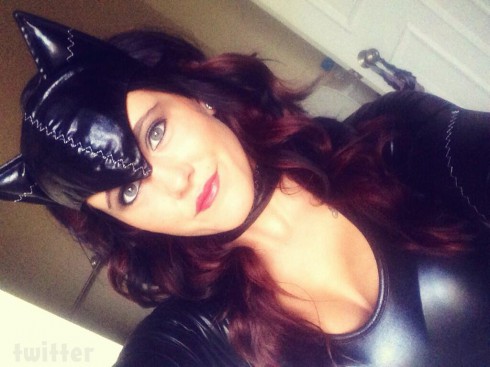 No one would argue that Teen Mom 2 star Jenelle Evans is afraid to let her claws out, and some might say she seems to have nine lives, so I suppose it’s fitting that she elected to wear a Catwoman costume for Halloween this year. The 21-year-old reality star shared a couple of photos and videos of herself sporting the sleek and sexy black look online, and I have to say she’s lookin’ feline fine y’all!

Jenelle’s boyfriend Nathan also went the comic book route, opting for Jace fave Spider-Man. Heres a video of the two driving over to pick up Jace for trick or treating in which you can see Spidey and Jellina Kyle gettin’ their superhero groove on to Ray Parker, Jr.’s Ghostbusters theme:

The “I ain’t afraid of no ghosts” tune continues with this next Jenelle-centric vine clip:

Jenelle announced her Halloween costume earlier this evening with this stylized shot of her and Nathan along with the caption, “Not fully ready for tonight but sneak peek!” 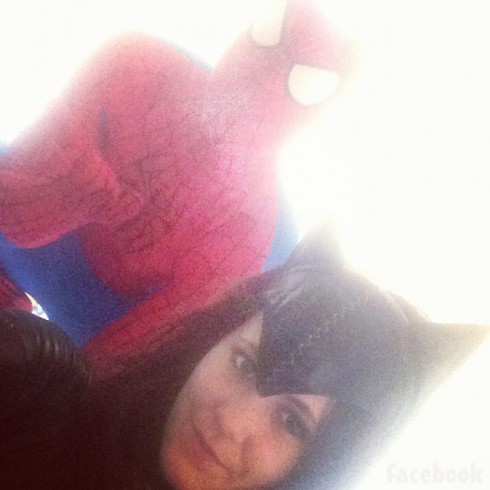 We still don’t know what Jace is dressing up as, and we (sadly) assume that Jenelle’s mom Barbara Evans will be foregoing costumegery this year. But, we do know a bit about Jenelle’s Halloween plans. She revealed on Facebook that she, Jace and Nathan were starting out their trick or treating at the Wilmington Mall in North Carolina and that they planned on crashing at Barbara’s house.

We will update with photos of Jace as soon as see them, meanwhile here’s one more shot of Jenelle driving purrrrfectly, which I’m sure has Nathan’s, um, Spidey sense tingling: 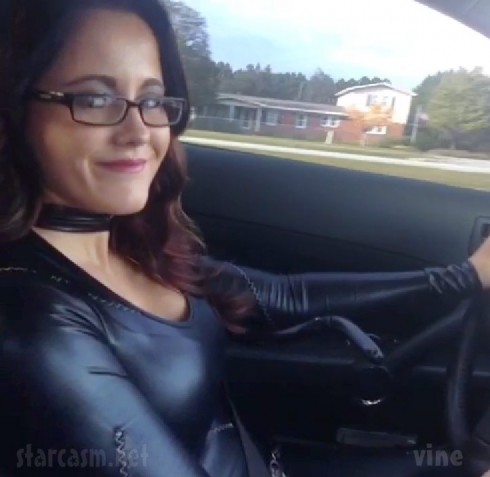 Want to see more of Jenelle wearing sexy black leather Halloween costumes? Of course we’ve gotcha covered! Check her out as a sexy cop from Halloween, 2011!

UPDATE – Jenelle just posted some more photo of her and Nathan in costume — as well as Jace! The little feller completed the comic book trifecta by going as Iron Man: 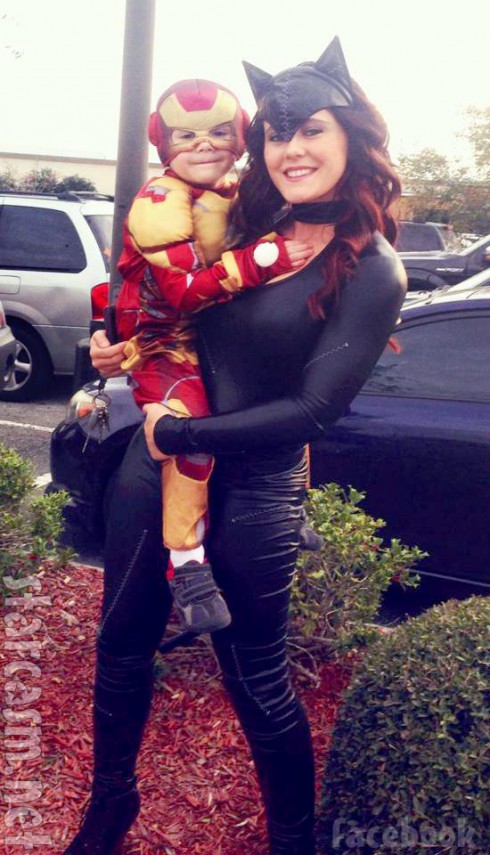 I hate to say it, but Babs as Wonder Woman would have made my year. Alas… 😉

Here are some more pics in which it seems obvious Jace had a great time with mom and Nathan: 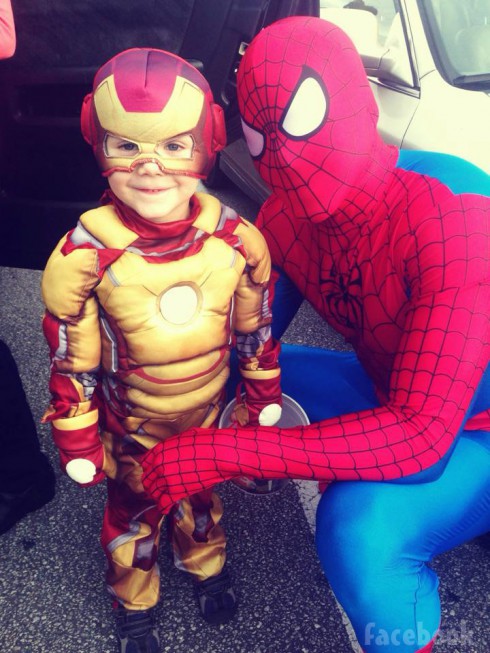 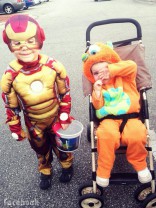 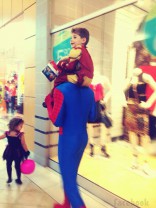 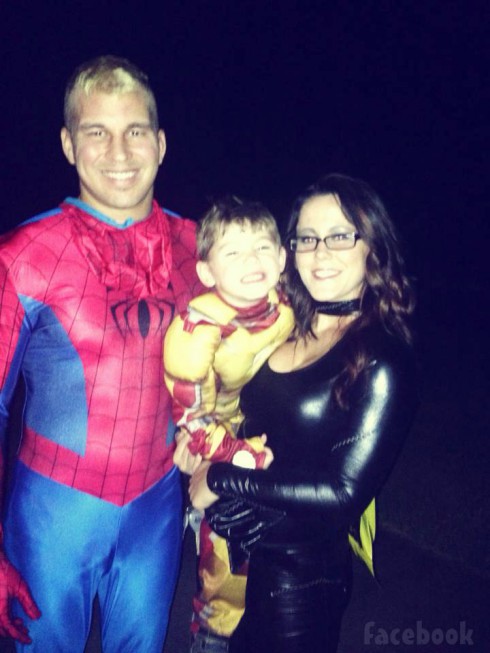 * Teen Mom Did You Know? Jace wasn’t the only little dude from MTV’s Teen Mom franchises to dress as Tony Stark’s metallic alter-ego this October, he joins Maci Bookout’s son Bentley who donned the garnet and gold for part of his Halloween-themd fifth birthday celebration this past weekend.