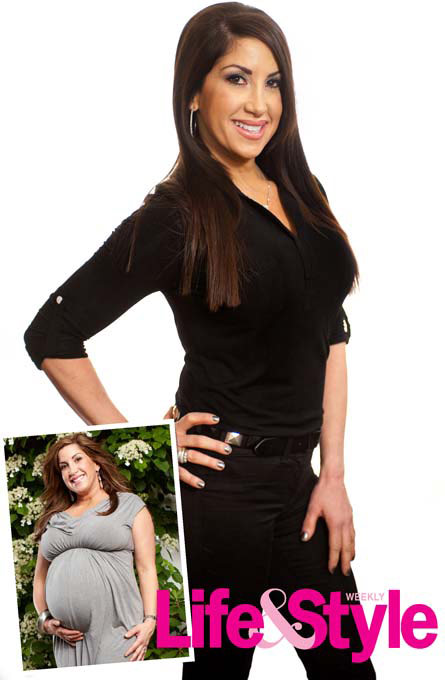 Apparently Danielle Staub isn’t the only excess human flesh trimmed from the next season of The Real Housewives of New Jersey! In the new issue of Life & Style magazine cast member Jacqueline Laurita reveals she has lost 30 pounds since giving birth to her son Nicholas in 2009! From Life & Style:

Thanks to regular workouts and Medifast meal replacements (including shakes, soups and bars, all supplemented with one meal of protein and veggies per day), the 5-foot-3 reality star has trimmed down to her current weight of 120 pounds. “I lost 12 pounds the first two weeks,” Jacqueline, 40, tells Life & Style. “I’m able to get back into my old jeans — I can’t believe it!”

You can find out all about Jacqueline’s own “Skinny Girl” regiment in the new L&S issue on newsstands now!

On a side note, has there ever been a worse before and after weight loss pairing than the one above?!? Why in the world would you show a woman who looks to be eight months pregnant as a “before” picture? What’s her big weight loss secret? Squeezing a baby out of her uterus!

Here’s a much better side-by-side using Jacqueline’s promo photo from BravoTV.com as the before picture: 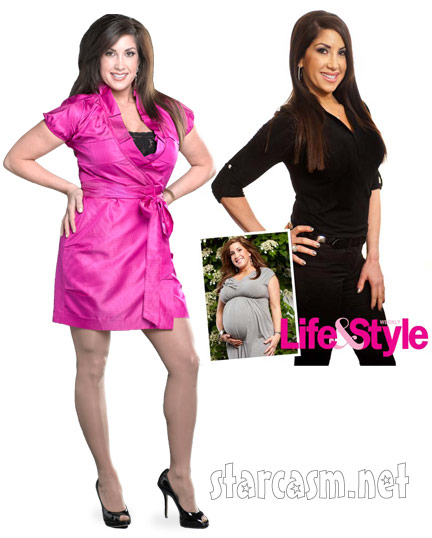 Teresa Giudice paid $6,500 by In Touch for apology letters