We’ve got another big update on My 600 Lb Life Robin and Garrett now — and the good news concerns their upcoming Where Are They Now? episode. It sounds like we don’t have long to wait for the episode’s premiere, but Robin has actually given fans a huge clue about her successful continued weight loss. Plus, we’ve found out how much viewers should expect to see Garrett in the pair’s Where Are They Now? debut.

How are My 600 Lb Life Robin and Garrett now?

The short version is also very happy: Robin McKinley and her nephew Garrett Rogers are doing quite well. In fact, while she didn’t give an actual number, Robin recently shared her current weight — something that has likely dropped even more since the reveal.

Of course, Robin and Garrett’s journey toward healthier lives has been anything but easy. Robin explained on her My 600 Lb Life debut that her 648 pound peak weight stemmed from a childhood of overeating to help cope with and escape her father’s emotional and physical abuse.

“When I was eating, I didn’t think about all the bad stuff,” said Robin. She further explained that her siblings were also overeaters, and that they all reinforced each others’ bad habits. When Robin’s weight loss journey began, she was largely confined to a wheelchair, the cartilage in her knees a victim of extreme obesity.

Robin’s nephew Garrett, who came along to Dr. Nowzaradan’s Houston office only after Robin’s brother Chris suffered a heart attack and was unable to travel. But Garrett’s peak weight of 607 pounds alarmed Dr. Now, given that the young man was only 20 years old at the time of filming.

By the end of filming for their debut, however, Robin and Garrett had ample reason to smile. The pair’s combined weight of 1,255 pounds had fallen by nearly half, to 731. Garrett went from 607 pounds to 337, and Robin from 648 to 394. Fans clamoring for a Robin and Garrett update were also rewarded: not long after the pair’s episode premiered, Robin confirmed that she was already filming a follow-up and that, at the time, it was slated to premiere in early 2020.

When will the Robin and Garrett Where Are They Now? episode air?

Based on current updates, it looks like Robin and Garrett are just about done filming for their follow-up episode. The new season of My 600 Lb Life is set to premiere in January, so it’s likely that we’ll get the Robin and Garrett Where Are They Now? episode at some point early in the new year.

As for Robin’s total weight loss so far? It was this past summer, while she and her husband were packing for a move out of their Houston apartment and into a quiet place on the outskirts of town that Robin shared the good news. As we stated above, she didn’t use a number to give her current weight; doing so is strictly forbidden by Megalomedia, My 600 Lb Life‘s production company. But Robin did compare her current weight to a notable figure from her past: 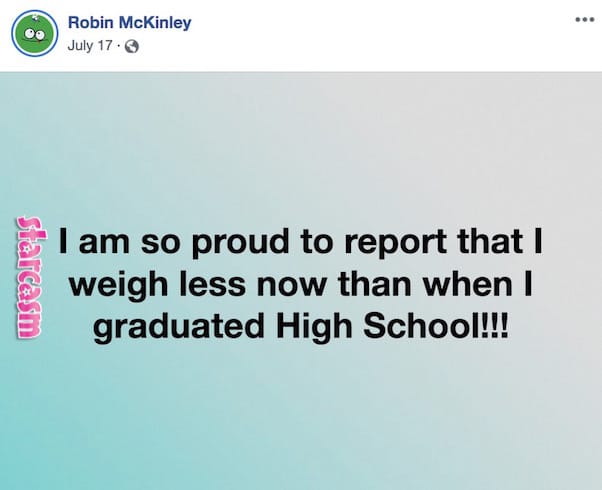 In Robin’s debut episode, she said she weighed “a little over 350” when she graduated from high school. Speaking conservatively, then, she’s lost at least another 45 or 50 pounds since we last got a formal update from her. Robin got plenty of congratulations from well-wishers upon making the announcement, but remained humble in her thanks.

“Thank you everyone,” Robin wrote; “it has been a hard journey, but well worth it.”

Unfortunately, Robin hasn’t shared any new photos of herself since early this year. The closest she’s come is the image below, of herself, husband James, and their fur babies on the couch together in late summer: 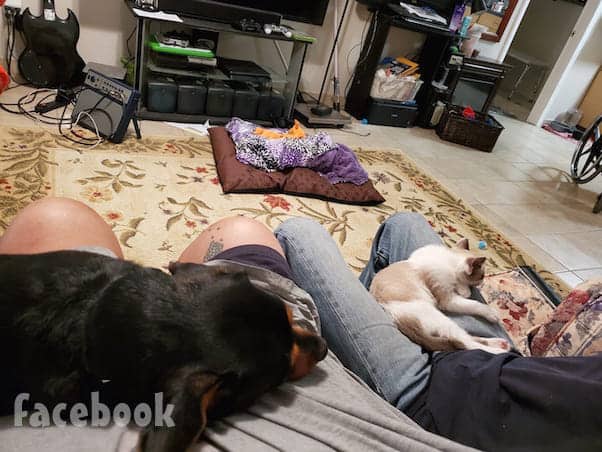 Garrett has likewise been silent on social media. And it sounds like he hasn’t participated in filming very much either; in an exchange with a fan, Robin said that her nephew is “well and back in Meade” (KS, he and Robin’s hometown). Robin added, “He isn’t really doing the second show.”

But Garrett has offered a photo somewhat more recently than Robin. However, it’s worth pointing out that Garrett’s new pic from April… 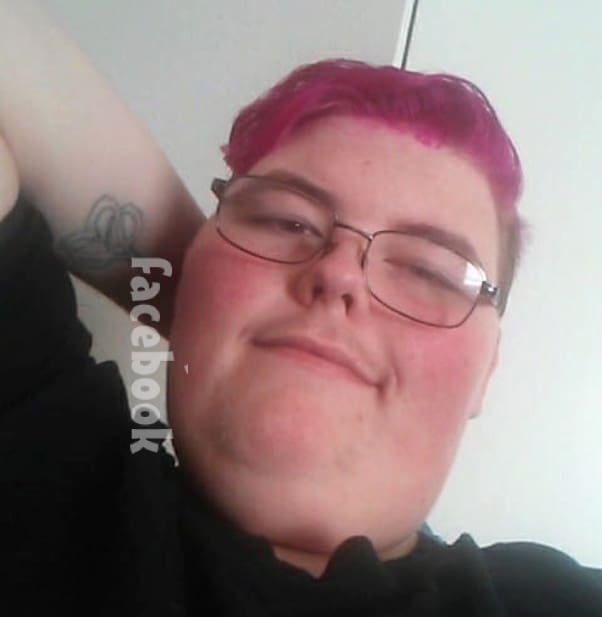 …is the same one Garrett has since made the profile photo for his GoFundMe page. So it’s possible that the pic above is actually from last September, since Garrett began the fundraiser in September of 2018. He remains stuck at $258 of his $5,000 goal; you can view the page here. And, while we’re on the topic, Robin’s GoFundMe is also still active: she’s raised $1,120 of her $10,000 goal.

Until we get official word on when the Robin and Garrett Where Are They Now episode’s airdate, you can now stream their original episode on the My 600 Lb Life site.