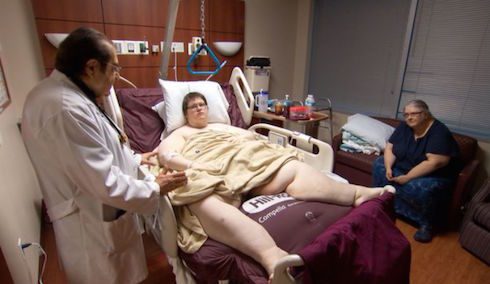 Sean Milliken has passed away at the age of 29. The My 600 Lb Life star was one of the heaviest people ever to appear on the show at the time of his Season 4 debut, weighing just over 900 pounds when filming began. But how did Sean Milliken die? According to Sean’s father, the cause was an unexpected infection stemming from a recent operation Sean underwent just a few days ago.

Sean had already been dealing with the passing of his mother, Renee, who died of kidney failure during the filming of Sean’s second Where Are They Now? episode. In the wake of Renee’s death, Sean — who lost 300 pounds thanks in part to successful sleeve bypass surgery — deleted all of his social media profiles, leading fans and viewers to worry about his well-being.

Sean’s father, Matt Milliken, announced his son’s death via a Facebook post. (Matt’s profile is private, so we haven’t been able to verify that the following is exactly what he said, but a few other sites have reported his words on Sean’s passing.) According to Matt, Sean died from complications related to an infection he suffered after being admitted to the hospital over the weekend.

Matt also explained why Sean had to be admitted to the hospital. “Sunday,” he wrote, “[Sean] was having problems with his breathing. [Doctors] were able to resuscitate him and a short time later his heart stopped.”

Ashley Boone, a friend of Sean’s, spoke to Radar Online about Sean’s passing. She called Sean a “special guy,” one who was “definitely a loner and kept to himself” but who “opened up and showed his witty side” to people who got to know him.

Unfortunately, Sean is the fifth My 600 Lb Life cast member to pass away since the show began, and the fourth My 600 Lb Life in the past fifteen months. Season 1 star Henry Foots died of still-unspecified causes in 2013. Season 6’s Robert Buchel died of a heart attack in November of 2017, while still filming his episode. LB Bonner, also of Season 6, committed suicide in August of 2018. And Lisa Fleming, who also debuted with My 600 Lb Life Season 6, passed away just a few weeks after LB Bonner, also in August of 2018.

All three of Sean Milliken’s My 600 Lb Life episodes are available for streaming via the show’s official site. You can watch his 2016 debut here, his 2017 Where Are They Now? follow-up here, and his second follow-up, from 2018, here.

Our condolences to Sean’s family, friends, and fans.

(Photo credit: How did Sean Milliken die via TLC)

Study shows Botox can stop working after repeated use