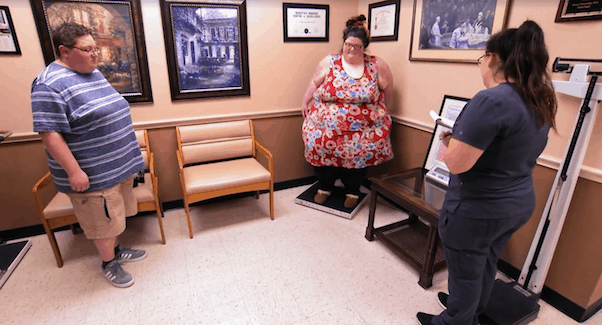 The My 600 Lb Life Gina episode is bound to be a controversial one for the show’s viewers. And, to be sure, the first episode after the family of former cast member LB Bonner filed a lawsuit full of disturbing allegations against My 600 Lb Life‘s production company was bound to get plenty of attention. But we’re betting Gina will generate plenty of commentary all on her own.

Coming just one week after JT Clark gave us the biggest weight loss and arguably the most uplifting episode of the year so far, Season 8 star Gina Krasley embarks upon a weight loss journey that will no doubt give My 600 Lb Life fans plenty to say. But, since it technically hasn’t aired yet, we’ll make sure to keep our early update on Gina behind a helpful spoiler warning.

First off, here’s the information that’s already out there. TLC is keeping quiet about the My 600 Lb Life Gina episode so far: as of this writing, the network has not yet made available any teaser clips or other footage. However, we do have the synopsis for Gina’s episode; judging by this, it looks like viewers should expect another emotional trip:

Gina and wife Beth live with Gina’s mom but don’t have her support. She and Gina’s sister blame Beth for Gina’s spiraling weight problem. Now it will take all Gina’s will to leave home to get Dr. Now’s help, to save her life and her marriage.

As was also the case with JT last week, we’ll point out that TLC has *also* made the My 600 Lb Life Gina episode available for early viewing via the show’s official site and TLC’s app. So, while what we’re about to reveal doesn’t technically spoil anything, it also seems like the best case scenario here is for us to let you know that some spoiling’s about to go down.

Before we get to that, we’ll give you one more chance to turn away. Here’s your just-in-case distraction: Gina was actually in a major Hollywood movie as a young girl. “When I was 5,” as Gina herself explained on social media a few years back, “I was in a movie called Walking To The Water Line.” Gina’s elation at the time was discovering that the film had made it to Amazon; we can (arguably) do her one better — some kindhearted soul has uploaded the entire thing to YouTube.

Without further ado, then, here’s Gina — billed under the name Geena-Marie Lemehaute — featuring as Alan Ruck’s daughter in the 1998 film Walking To The Water Line. Skip ahead to 42:33 if you want to see Gina’s first appearance, dancing the Macarena with her on-screen pop. The spoilers begin after the movie:

OK! Here are your spoilers for the My 600 Lb Life Gina episode, plus what we know about how Gina’s been doing since filming wrapped. 28-year-old Gina Krasley, of Tuckerton NJ, began her weight loss journey at 607 pounds. By month seven, after several stern orders from Dr. Now, Gina was only down to 587 pounds; by month nine, she was doing a bit better, weighing in at 543 and finding herself on the cusp of the weight loss surgery she so desperately wanted.

But while in the hospital just before the surgery was scheduled to begin, Gina weighed in at 556 pounds. Dr. Now sounded relatively even, despite having given Gina several extra chances. But his final scene with her did indeed sound pretty final: “Lose 75 pounds in the next three months,” he told her, “or you won’t be [working] with me.”

So, while Gina’s episode puts her more in the Bethany camp than on JT’s side of things, the final-final last chance Dr. Now extends her means we’re all but certain to get a follow-up episode on Gina next year. As for how Gina looks now, here’s a photo of herself she shared just yesterday — on the eve of her My 600 Lb Life debut: 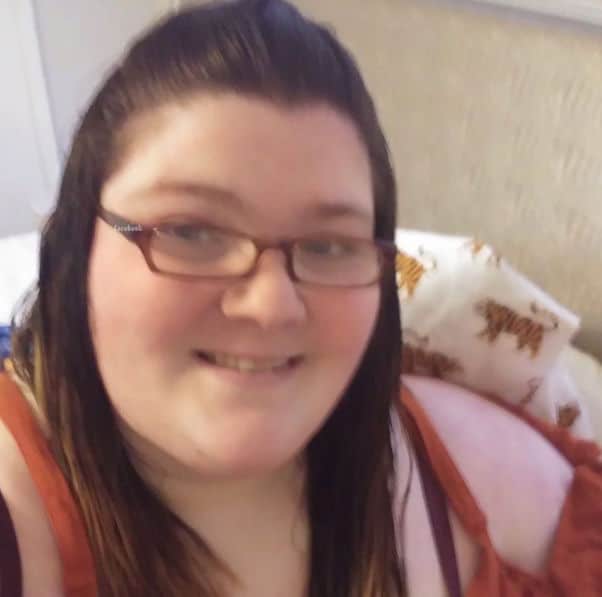 And here’s another recent photo, from this past autumn. We include it because the caption seems to suggest that Gina may have turned over a new leaf in her weight loss efforts. “Moving forward,” Gina wrote, adding the emojis “💋💪👊👌✌️” 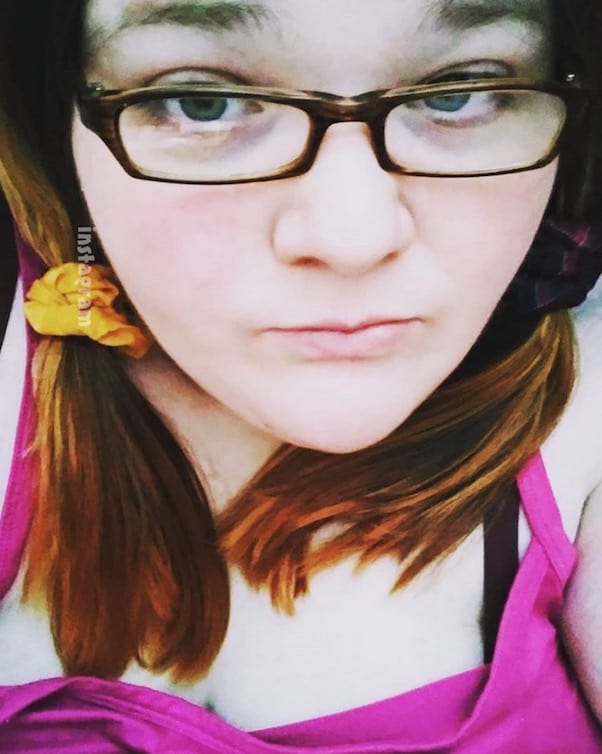 Viewers interested in keeping up with Gina’s story before that implied second episode can do so via her oft-updated YouTube channel. And you can stream the My 600 Lb Life Gina episode over at TLC’s site — or tune in tonight at 8 o’clock EST to watch Gina’s formal debut.