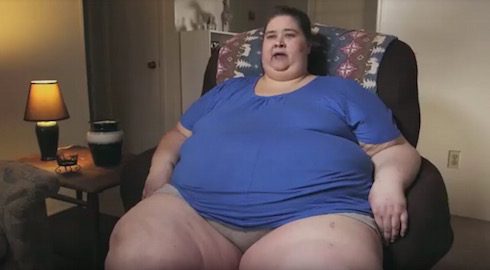 The latest My 600 Lb Life Angel Parrish update is easily one of the happiest we’ve ever written about anyone who’s been on the show. After years of social media silence, Angel recently reemerged to share a breathtaking new weight loss pic — and the resulting before-and-after will have your jaw on the floor.

But it’s been a hard road for Angel, whose weight began spiraling out of control when her mother forced Angel to give her first child, a baby girl, up for adoption — when Angel was just fourteen years old.

“[It was] my only choice,” Angel said, and “I just felt lost after that. That was one of the most painful experiences of my life, and I think about it all the time.”

Because of that emotional trauma, Angel explained that she “turned to food for comfort. And that’s when I started gaining the weight.”

But the most crushing moment in Angel’s first My 600 Lb Life episode came after she had already lost 165 pounds and undergone gastric bypass surgery. The nausea that followed the surgery was so severe that Angel’s boyfriend Donnie took her to the hospital — where surgeons inserted a feeding tube into Angel’s stomach because they believed her to be malnourished.

Needless to say, Dr. Nowzaradan was upset that Angel had allowed the procedure to go through without first consulting him. As he reminded her, she’d been staring death in the face before her gastric bypass, and a feeding tube could undo all of her progress.

But viewers hadn’t gotten a My 600 Lb Life Angel Parrish update since her Where Are They Now? follow-up aired in the spring of 2016. And it was around then that Angel made her last public social media post. So it was something of a surprise to see her reappear late last month…but it turned out that Angel had an even bigger surprise in store: 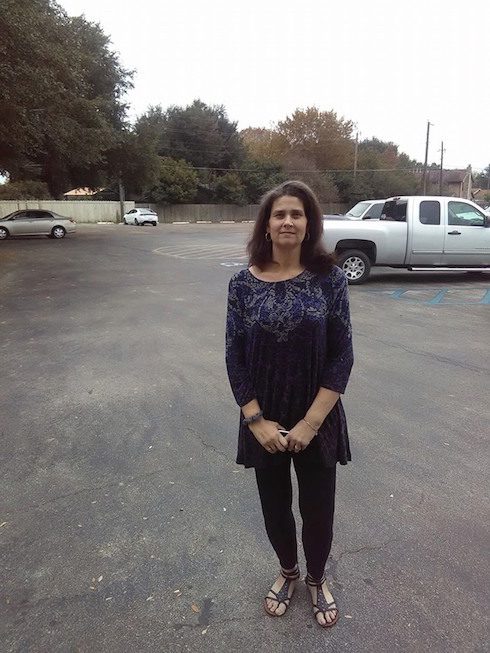 Angel weighed 570 pounds at her peak during her first My 600 Lb Life episode, and got all the way down to 230 by the end of her 2016 follow-up. But in her latest before-and-after photo, it looks like Angel might have lost considerably more weight since then. And her followers were quick to shower her with congratulations.

Angel, as is the case with most of the show’s participants, wasn’t able to reveal her current weight. But she did write a general and heartfelt note of thanks to her followers and fans. “All of us girls and guys from [My 600 Lb Life] are working really hard to get our life back,” Angel said. “I will continue working hard so others can see that it works. Thanks everyone for your uplifting comments.”

So far, we’ve been unable to find out if Angel has been filming for a second follow-up episode. However, as we wrote in our recent update on Angel’s fellow Season 3 alum Pauline Potter, the frequency with which TLC has been airing new Where Are They Now? episodes of late should give viewers hope for an official check-in with Angel sometime soon 🙂

You can stream Angel’s My 600 Lb Life episode here, via TLC.