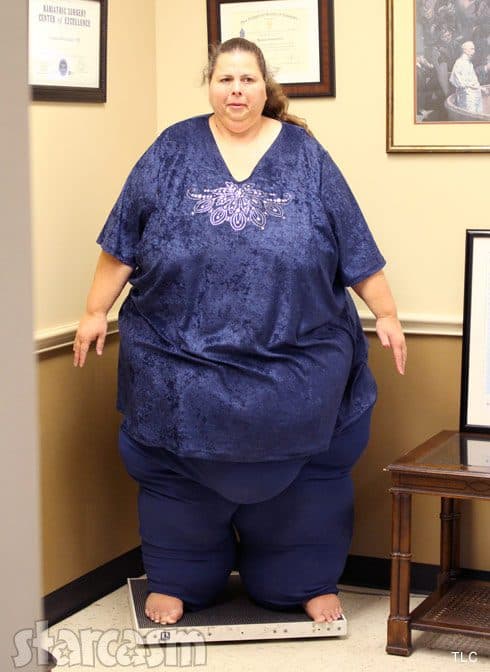 She was one of the most controversial participants in the show’s history at the time, but the latest My 600 Lb Life Pauline Potter update sees the Pauline in what seems to be a much healthier place. The Season 3 cast member was already somewhat notorious before her reality TV debut; as we reported at the time, Pauline had made the talk show rounds after the Guinness Book of World Records named her the World’s Heaviest Living Woman.

“When I got my weight documented, I was 643 [pounds],” Pauline said, explaining her weight escalation in a September 2011 interview with Dr. Drew. “That was back in I think February [of 2011]. And the last time I weighed, I was about 703, and that was a few months ago. But I’ve been trying to eat fruits and vegetables and stuff, and make wiser choices, so I’m probably a little under 700 now.”

Pauline found further notoriety several months later by claiming she’d managed to lose weight by having lots of sex with her ex-husband Alex. Pauline claimed Alex had rediscovered his passion for her following the Guinness World Record designation.

“I hadn’t had sex in three years, but we did it six times!” Pauline said in July of 2012. “[Alex] took charge as I couldn’t move much, but he was so attentive….I can’t move much in bed, but I burn 500 calories a session. It’s great exercise just jiggling around.

“My bed is strengthened,” Pauline went on, adding that she and Alex had sex between twice and seven times daily.

Added Pauline, “Although I can’t buy sexy lingerie, I drape a nice sheet over me.”

But by the time she first appeared on My 600 Lb Life, Pauline was having a lot less fun. The 51-year-old’s weight hovered around 678 pounds, her health problems were mounting — and, to Dr. Nowzaradan’s great surprise, Pauline actually seemed to be slowly gaining weight, despite being under his care.

“I don’t think you’re getting how serious this situation is,” Dr. Now told her, after Pauline blamed her weight gain on water retention. He ordered her to the hospital for even closer care — which Pauline said she thought was a bridge too far.

“I still think I can do this on my own, once I get settled in a little better,” said Pauline, adding that she thought Dr. Now “might be overreacting a little bit.”

Once Pauline was out of the room, though, Dr. Now repeated his dire diagnosis. “Something drastic has to be done. If she doesn’t lose any more weight in the hospital, then there’s nothing more we can do for Pauline.”

But how does Pauline look now? No My 600 Lb Life update would be complete without as many before-and-after pics as possible; fortunately, though Pauline doesn’t share new photos too often, we found a trio of shots that highlight just how far it looks like Pauline has come.

For starters, this headshot from February of 2017 captures a visibly slimmer Pauline: 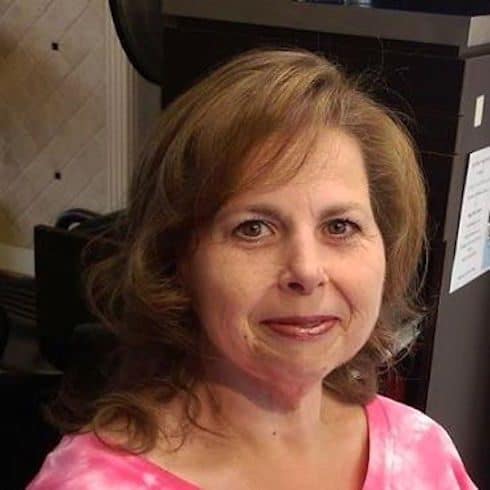 And, although it’s a slightly lower quality photo, this one from June of 2017 shows Pauline’s upper body looking noticeably thinner, as well: 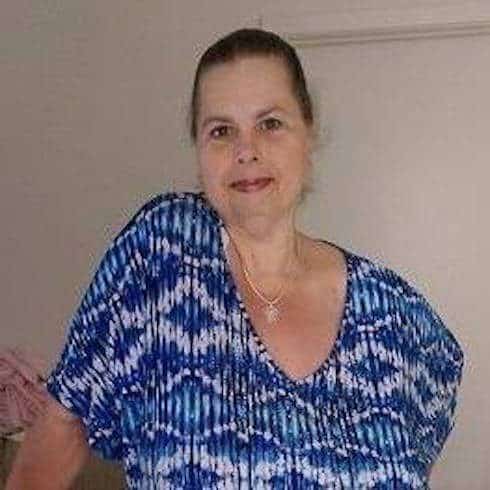 Finally, here’s the most recent My 600 Lb Life Pauline Potter update pic she’s made available. Featuring her son Dillon — along with Abby and Noodle, her two dogs — the encouraging photo was taken in December of 2017: 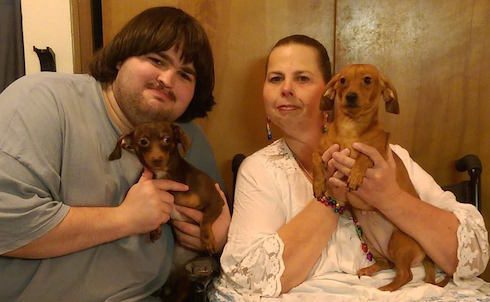 And just for fun, we thought we’d add a couple of Pauline’s latest throwback pics to the mix. The first one is of Pauline at just eight months old; the second is a thirty-odd-year-old snapshot of herself and her big brother in all their mid-80s glory, back home in Sacramento.

Oh — and in case you’re wondering about the second pic, yes, Pauline’s brother really is that tall! He’s “6′ 7″,” Pauline revealed on Facebook, “a whole foot taller than me!” 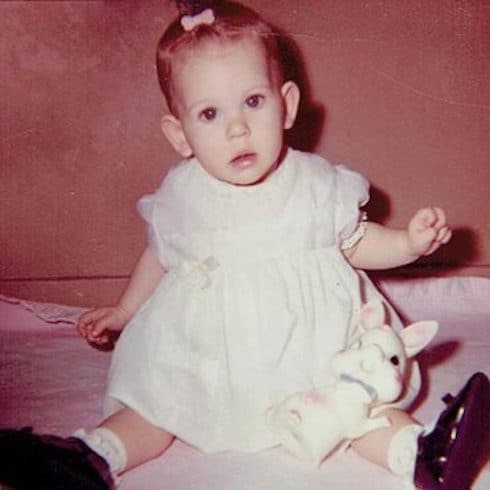 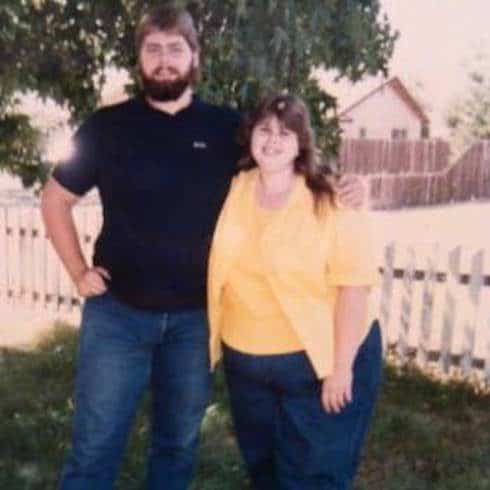 We certainly wish Pauline all the best as she continues on her weight loss journey. There’s no word yet on whether fans should expect her to feature in a second Where Are They Now? episode, but, given how frequently My 600 Lb Life‘s producers have been filming of them late, it seems at least possible that we’ll get a proper update sometime soon.

You can stream Pauline Potter’s original My 600 Lb Life episode here, via TLC.

MY 600 LB LIFE Vianey and Allen have two options left: ‘Diet or die’