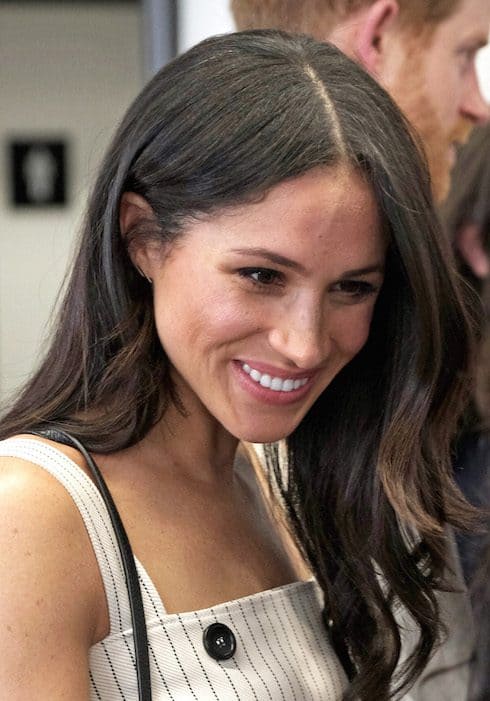 It turns out that $130,000 can buy a person all sorts of different things. In a bizarre quirk of the conversion rate, the answer to the questions “How much does Meghan Markle’s wedding dress cost?” and “How much did Donald Trump pay for Stormy Daniels’ silence?” is exactly the same.

According to the Daily Mail, the bill for the dress Markle will wear for her wedding to Prince Harry later this month comes is £100,000 British pounds. As of this writing, that amount comes out to $135,450 US dollars — or just a hair more than the amount Donald Trump’s former fixer Michael Cohen paid adult actress Stormy Daniels to keep silent about the affair Daniels says she had with Trump at a charity golf tournament in 2006. People really do value money differently!

The Daily Mail report — an absolute must-read if you’re even a little bit into royal customs and / or gossip — states definitively that London-based fashion house Ralph & Russo has been tapped to craft Markle’s gown. Prince Harry and his family will bear the entire cost of the “hand-stitched, heavily beaded design”; per one of the tabloid’s sources, the six-figure cost is still rather a good deal considering “hundreds of hours of manpower have gone into making [the dress], almost all by hand.” And honestly, if you’re going to televise your wedding for an estimated billion people worldwide, you’re not going to skimp on the stitching.

Insiders noted that Ralph & Russo had been “the odds-on favorite for the commission” ever since Meghan and Harry unveiled their official engagement photos. By comparison, the Ralph & Russo dress Meghan wore in those shots cost a mere £56,000:

There are still no confirmed photos of Meghan’s dress, though a few preliminary sketches leaked last December:

And yet the $130,000 gown is just the first of two brand-new dresses Meghan will wear on her wedding day. The second, to be created by either Burberry or Erdem, is specifically for a “black-tie evening reception thrown by Prince Charles at Frogmore House in the grounds of Windsor Great Park.”

On a related note, Stormy Daniels claims she still has the dress she wore during her affair with Donald Trump, and that she’s having it “combed for Trump’s hair and wet vaccuumed for his semen in order to validate her story.” So that’s something the two women don’t have in common.