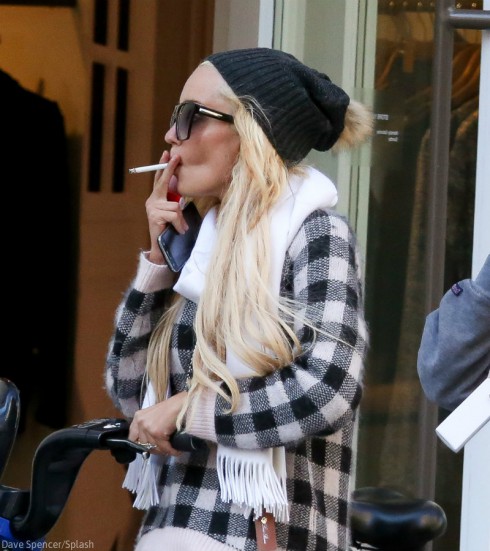 Hours after Amanda Bynes was released from her psychiatric hold, she returned to Twitter and picked up right where she left off earlier this month when she accused her dad of attempted incest.

“I am going to court today with my lawyer to prove that I am more than capable of handling my personal life and finances and I am enraged… I got released from the hospital that Sam Lufti and my parents arranged to send me to because my dad is humiliated by what he’s done,” she said on Twitter on Friday morning. “The police filed a report against my dad – I am not able to be in the same room with him. He is a sexual predator and he SHOULD BE IN JAIL.”

In other messages, Amanda repeated that she’s capable of taking care of herself and accused her parents of wanting to take her money: “So sorry you’ve been fooled by Sam Lufti and my parents, but they are lying about stealing money from me and i cannot continue to allow them… to abuse me any more.”

Amanda also explained she’s wearing a bandage on her face because she recently had a procedure to remove micro cysts from under her eyes. Then she launched some familiar “ugly” insults at Sam — but complimented her sister, Jill. 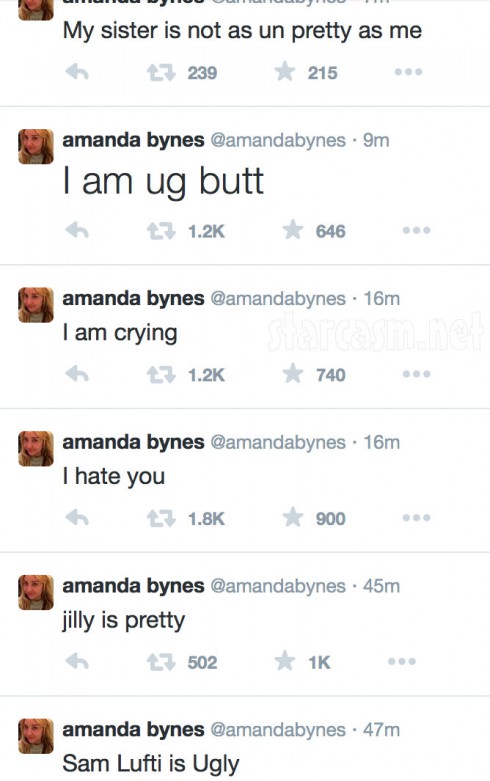 Amanda’s release from the psychiatric facility was confusing to many of us, considering her mom was just reinstated as her conservator earlier this week. However, Terry Wasserman, a Los Angeles lawyer who specializes in mental health, told People that “no psychiatric powers are given in probate conservatorship.” So, although Lynn “can make overall decisions regarding health and welfare,” specific decisions about Amanda’s psychiatric welfare must come from the mental health civil commitment system.