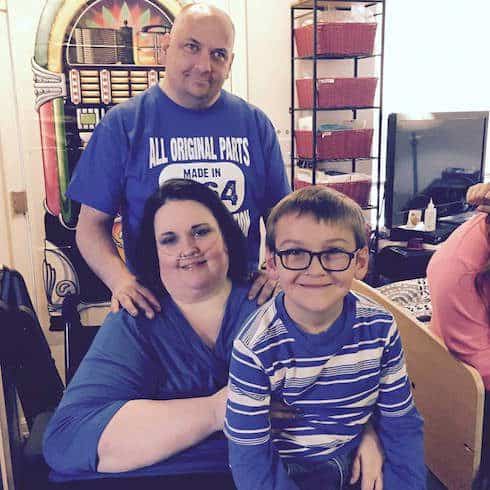 Updates on My 600 Lb Life cast members from the show’s earliest seasons can be difficult to come by, and Penny Saeger is no exception. The season 2 cast member lost very little weight in her debut episode and had potentially even gained weight by the end of her follow-up the next year. Since then, there’s been no official update, and gossip has filled the void. Is Penny from My 600 Lb Life alive? How is she now?

As we noted in our last update on Penny, Dr. Nowzaradan considered the Marylander’s situation “unfortunate” largely because Penny chose to move back to her home state rather than stay under his care in Texas. There, Dr. Now noted, Penny could “have control of her food.”

Penny finished her first My 600 Lb Life episode having lost approximately 35 pounds, and she wasn’t far off from that total loss a year later. When we checked in a couple of years later, the most recent photo Penny had made public showed that she might have lost some weight — but Penny’s appearance was similar to what it had been on both her episodes. (That photo, of the Saeger family together, is the one at the top of this article.)

For comparison’s sake, we’ll actually backtrack and begin with a video Penny herself shared during one of her hospital stays several years ago. The clip below was filmed from Penny’s hospital bed several years before TLC’s cameras began following Penny’s weight loss journey. Penny explains that the clip is specifically for her son Liam, who was around four years old at the time, “so that [he] can see me whenever you want and you’re missing me.”

“Liam, I’m working real hard, and I just want you to know that I’m doing it all for you,” Penny says in the video. “And that your mom wants you to…have every reason to be proud of me. You’re my little angel, you’re my little nugget, and I can’t tell you what a difference having you means in my life. You are the sweetest little boy ever.”

As we explained above, since Penny’s Where Are They Now? follow-up first aired back in 2015, she’s has offered very few updates on social media. The lack of new information, combined with Penny’s still-controversial first episode, has given rise to a whole host of rumors: Is Penny from My 600 Lb Life alive? Is she dead? Has she turned her weight loss journey around — or gained even more weight?

Penny’s husband has shared a pair of photos of his wife in the last few months, and, though she looks happy, Penny’s weight still appears unchanged. Here she is last March, still wearing a nasal aspirator: 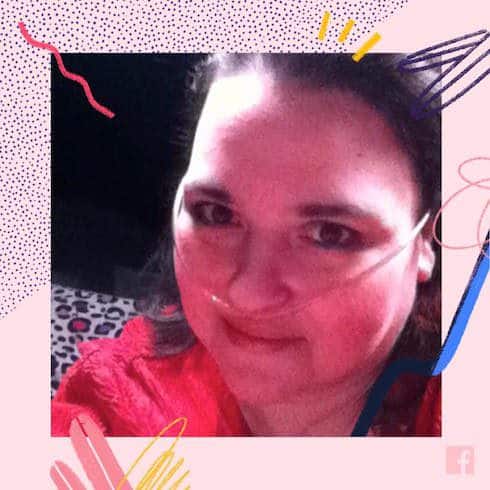 And here’s the most recent photo of Penny from My 600 Lb Life available. It looks to have been taken around the time of Liam’s eleventh birthday last year; the once-little boy looks delighted as ever to be with his mom: 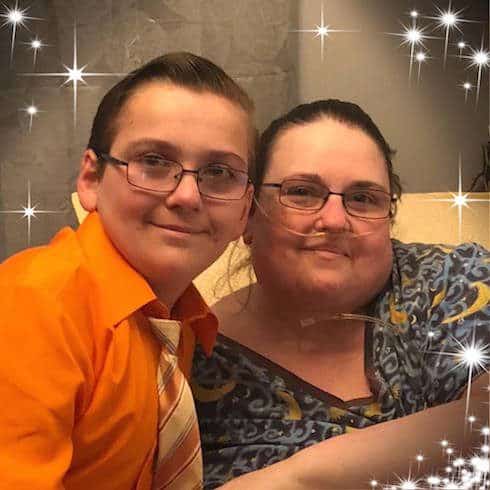 You can stream Penny’s My 600 Lb Life debut here and her Where Are They Now? follow-up episode here, both via TLC.

(Photo credits: Is Penny from My 600 Lb Life alive via Facebook)