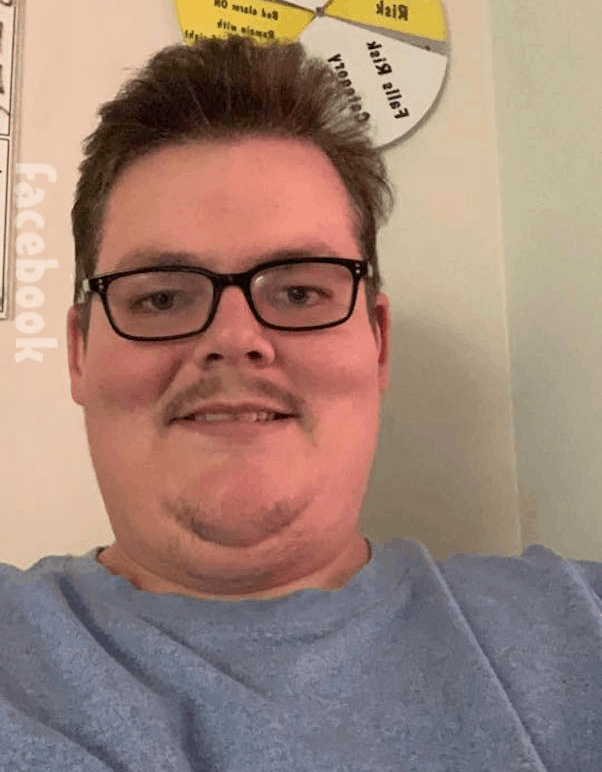 We’ve got some good news about My 600 Lb Life Aaron today, thanks to Aaron’s first update following his father Eugene’s death. Aaron Washer, who had one of the brightest success stories of My 600 Lb Life Season 7, has given his many fans another reason to cheer for him: Aaron revealed that his weight loss journey is still going very well — and that things in his personal life have taken a turn for the positive, as well.

Aaron’s My 600 Lb Life story began this past spring. The Texan, whose weight peaked at 718 pounds, had originally moved back home to take care of his father following his mother’s death. Unfortunately, Aaron’s obesity accelerated, and he soon stopped going outside almost entirely.

As a result, by the time viewers met Aaron, he was increasingly dependent upon 76-year-old Eugene for care. Aaron’s debut clip depicted Aaron driving himself and Eugene to the grocery store, where it was Eugene who got out of the car and entered the store to do the pair’s shopping.

But from that beginning came plenty of hope. By the end of Aaron Washer’s My 600 Lb Life debut, the Texan had undergone successful weight loss surgery, changed his attitude and diet completely, and gone all the way down to a far healthier 403 pounds. Aaron’s total weight loss of 315 pounds was one of the biggest of Season 7; only Brianne Smith Dias, Brandon Scott, and Justin McSwain lost more weight that year.

One final proof of Aaron’s success? He even managed to impress Dr. Nowzaradan. The often-stern surgeon called Aaron’s post-surgery weight loss “fantastic,” praised him for “staying track,” and said more than once that he was “very proud” of Aaron’s accomplishments.

Unfortunately, it wasn’t long after Aaron’s My 600 Lb Life debut that he suffered a terrible personal setback. His father Eugene, who had likewise expressed how proud he was of Aaron by episode’s end, entered the hospital this past April for “a really bad infection in his foot.” But within two weeks, Eugene’s condition had deteriorated. On May 12th, 2019, Aaron revealed that his father had been “called back to the lord.”

After that post, Aaron went silent. He hasn’t made public any of the details about Eugene’s passing, though that hasn’t stopped Aaron’s many fans and followers from offering their condolences. Judging by their posts, thoughts, and prayers, there’s plenty of hope out there that Eugene’s passing won’t have a long-term affect on Aaron’s own health — especially since Aaron had been able to take care of his father during Eugene’s last months.

Which brings us to some surprising and optimistic news from Aaron himself! Just over a week ago, Aaron shared his first public update in nearly three months. He thanked his followers for the outpouring of support he’s received since Eugene’s death, and revealed two pieces of very good news. The first is that Aaron’s weight loss journey continues to be a successful one; the second is that it seems there’s a new love in Aaron’s life!

Here’s the full update on My 600 Lb Life Aaron today, followed by the update’s new before-and-after pic as Aaron shared it:

Hey everyone I know it’s been a while since I’ve been on here and updated anybody it’s been hard since my dad passed a lot has happened i am now in a relationship with a very beautiful and wonderful woman she has brought light into my world that I thought I would never see. I’m now working full time I’m still losing weight really excited about that overall it been OK. I want to thank everybody for their condolences for my father it’s been rough for my I miss him dearly but I know he’s in a better place now 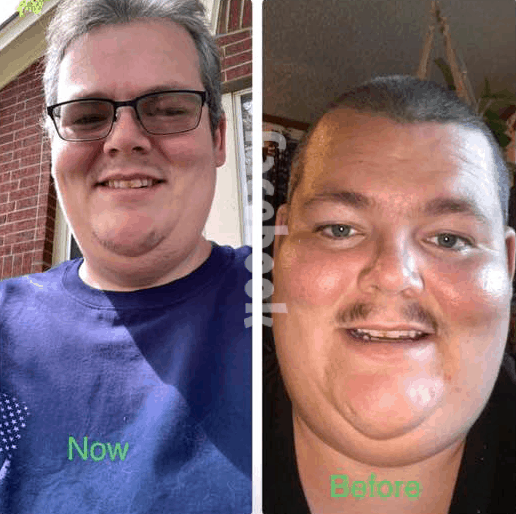 Aaron had one more sweet thing to say about his new love in a brief exchange with a friend. When the friend said she was “thinking of [Aaron]…during this difficult time” and was very happy for [his] new relationship,” Aaron responded, “Thank you so much she is the best that has ever happened to me.”

One thing Aaron hasn’t revealed is whether or not viewers should expect him to star in a Where Are They Now? episode any time soon. So, until we get an official update on My 600 Lb Life Aaron today, you can stream his debut episode here, via TLC.