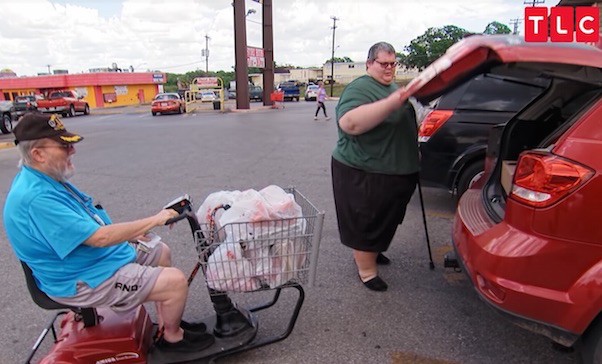 Unfortunately, the newest update in My 600 Lb Life Aaron’s story is a sad one. Season 7 star Aaron Washer, who celebrated one of the biggest weight losses of the year in his debut episode, recently announced the death of his father, Eugene, from what sounds like complications due to an unexpected surgery.

Aaron’s introduction to My 600 Lb Life viewers actually came via Eugene. His episode’s teaser clip featured Aaron and Eugene, a 76-year old military veteran, making a trip to the grocery store together. Aaron had moved back in with his father following his mother’s death, ostensibly to provide care for Eugene. However, Aaron’s peak weight of 718 pounds made getting around difficult if not impossible, so he sent his ailing father into the store to do the shopping for both of them.

But it didn’t take long for things to turn around — in a big way. Aaron, aided by Eugene’s quiet encouragement, responded immediately to Dr. Nowzaradan’s instructions. By the end of his first episode, Aaron had lost a total of 315 pounds, for the fifth-biggest weight loss of My 600 Lb Life Season 7. At 403 pounds, Aaron was still losing 30 pounds per month, leading an overjoyed Dr. Now to beam and heap praise upon him. But best of all, Aaron had become the caregiver to Eugene that he’d wanted to be years before.

Eugene Washer’s death was as sudden as it was shocking

On May 12th, Aaron updated his official fan page on Facebook with the news of his father’s passing. “As of 2 am this morning,” Aaron wrote, “my dad has been called back to the lord.” His post included a recent photo of Eugene: 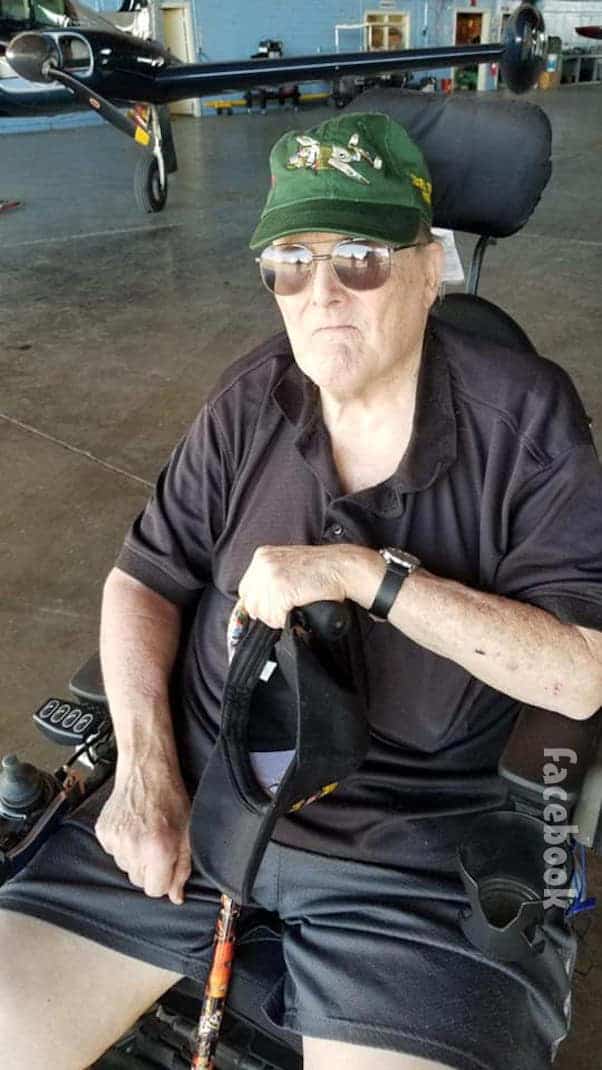 Aaron’s followers commented with an outpouring of support. So far, Aaron hasn’t responded to any of the messages, many of which expressed shock and disbelief over Eugene’s passing. In addition, Eugene Washer’s obituary doesn’t name a cause of death — it lists only his birth and death dates of March 19, 1943 and May 12, 2019.

However, Aaron’s update immediately before the May 12th news revealed that Eugene had been hospitalized due to “a really bad infection in his foot.” Aaron explained that Eugene would likely be hospitalized for some time following surgery. Here’s the full update, from April 30th:

Hey everyone it’s been a while since I’ve posted on here. I doing really good with my weight loss still losing so that’s a plus. My dad has been in the hospital this past week he got a really bad infection in his foot and they had to do surgery and remove a toe. He will be in the hospital for probably 4 weeks because they got to clear up the infection then they have to do a heart valve replacement surgery on him. He’s in good spirits so I know he’s going to be ok.

And here’s the happy photo of himself Aaron included with that update: 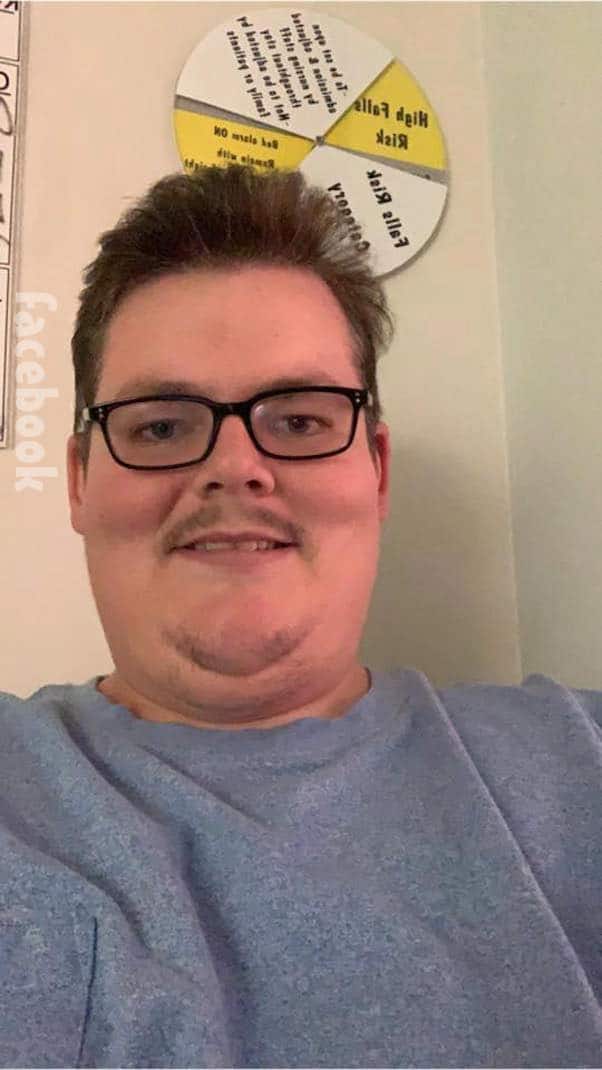 It sounds like Aaron has been doing great and continuing to lose weight since his episode’s premiere — and that he was his father’s caregiver right until the end. In another update to his story from earlier this spring, Aaron said he’d been going to karate classes regularly, and that he was feeling positive and happy.

Our condolences to Aaron Washer and to the rest of the Washer family. You can leave a message for Aaron on his Facebook page here. And you can stream his debut My 600 Lb Life episode here, via TLC.

PHOTOS My 600 Lb Life Rena and Lee update: Are they still together?