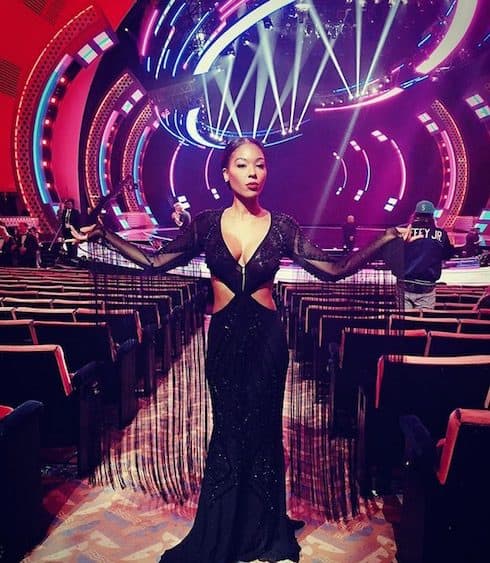 The show has yet to make an official announcement, but Moniece Slaughter seemed to signal the end of her time on Love & Hip Hop Hollywood this week. The OG cast member says she’s excited to “move on with her life” once the season ends, and has all of her attention focused on new music, which Moniece further says is where her career belongs.

If she is finished with Love & Hip Hop, Moniece decided to go out with a bang. She’s been at the center of plenty of drama this season, much of it stemming from her own battles with mental health. She suffered a panic attack in the recording studio a few episodes back, then clapped back on Roccstar and Brooke when they made light of Moniece’s struggle.

Shortly thereafter, she took to Instagram and begged the show’s producers to let her out of her contract, saying — among many other things — that Love & Hip Hop Hollywood has “sucked the life out of” her.

A couple of weeks later, VH1 seemed to signal Moniece Slaughter’s coming departure, by releasing a surprise deleted scene in which Moniece talked about what her life would be like if she weren’t on the show. And most recently, she had some serious shade for fellow cast member Lyrica Anderson’s season-long side-piece and baby daddy drama. (ICYMI, Lyrica was pissed enough in her clap back that she revealed her storyline with Safaree was totally fake.)

So: Now that you’re all caught up, here’s where things with Moniece seem to stand. This past Monday, just after part one of the LHHH Season 5 reunion had concluded, Moniece took to Twitter with some very specific language about her approach to the show. Here’s a screengrab of the tweet, followed by a transcription: 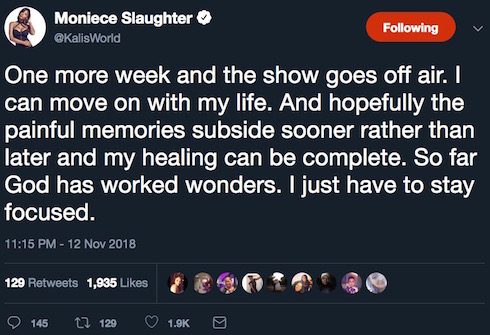 One more week and the show goes off air. I can move on with my life. And hopefully the painful memories subside sooner rather than later and my healing can be complete. So far God has worked wonders. I just have to stay focused.

As many fans noted, saying things like “I can move on with my life” and “my healing can be complete” don’t suggest a quick camera-free break before filming for LHHH Season 6 begins next year. That type of language implies that Moniece is all but officially done with the show, and that she’s let go of it in her mind whether or not her contract says anything different.

The next night, Moniece tweeted out more of the same, thanking her fans for being “able to see [her] heart” and again speaking of Love & Hip Hop Hollywood in the past tense: 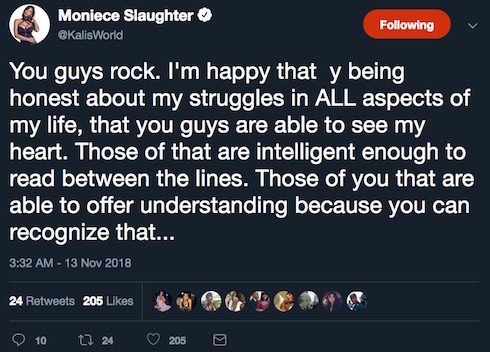 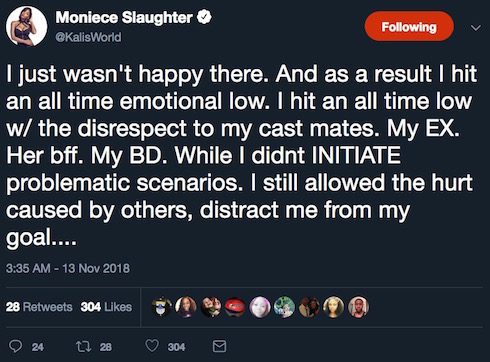 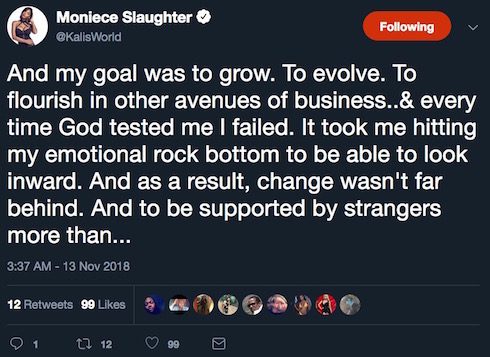 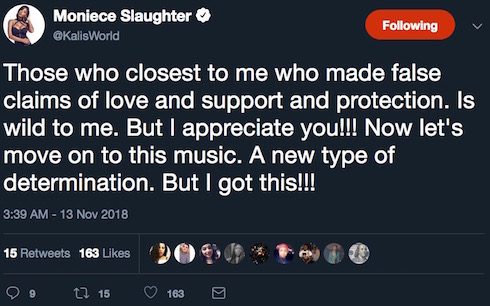 As if to further emphasize the break, Moniece has been repping her new music especially hard of late. Last week, it was her single “Petty”; this week, it’s another new single, called “Queen of Diamonds.” Both tracks feature on The Naked Truth, Moniece’s new album, which drops Monday, November 19th.

If Moniece Slaughter is done with the show, she’ll be LHHH’s second high-profile departure this year. Former cast member Masika Kalysha famously got out of her contract with the show in early 2018 and promptly jumped over to Growing Up Hip Hop: Atlanta.