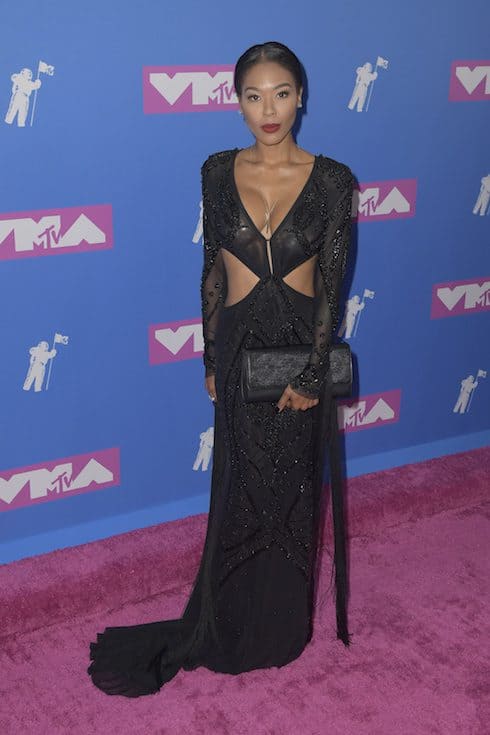 Just days after LHHH star Moniece Slaughter publicly begged producers to let her out of her contract so she could quit the show, VH1 has shared a curious bonus scene in which Moniece imagines a world where she’s no longer a cast member. If nothing else, it looks like the network is either trying to drop Moniece from Love & Hip Hop Hollywood or is actively trolling her because the powers that be know she can’t fight back.

Moniece Slaughter has been desperate to get away from reality TV

It’s been an especially challenging season for the Love & Hip Hop Hollywood star. Her most high-profile beef has been with Princess Love, Moniece’s arch-enemy of long standing; just a few weeks ago, the two women got into a verbal and physical altercation during filming. Moniece was left with a wrist injury, and has since begun a lawsuit against Princess.

Then, last week, she was mocked by Roccstar and Brooke Valentine after Moniece suffered a panic attack in the recording studio and was unable to finish the take. Moniece did clap back on Roccstar’s comments via Instagram after the episode aired. But the resurgence of her long battle with mental illness couldn’t have come at a worse time — for either Moniece or the network itself.

Which brings us to the current drama. Just before the panic attack episode aired, Moniece wrote a public plea to the LHHH producers, telling them that the show “has sucked the life out of me.”

Moniece added that her depression, anxiety, sleep deprivation, and weight loss “are at an all time high,” and that she only “returned to ensure her son was taken care of,” but that she can no longer take the stress of being on the show.

Almost as if in response to Moniece’s pleas, Love & Hip Hop Hollywood‘s official page on VH1’s web site released the bonus clip embedded below. In the clip, Moniece and LaBritney talk about the challenges and joys of motherhood, and Moniece gets frank about the long ride she’s had over the show’s five seasons.

“I know that eventually my son [Kamron] will see things and hear things, and I never wanted to be in a position where I had to answer to my son, ‘Why did you do this to my dad, why did you say this about my dad?'”

Moniece adds that the demands of being a cast member have left her with a great deal of anxiety over being away from Kamron for so long. Which makes his proposed solution to her problem all the more bittersweet:

Even coming here [with LaBritney], for the first time in a long time, I had a lot of anxiety about leaving him. [And] he was like, ‘I wish you would just quit your job and stay with me.’ And I said ‘And then you wouldn’t have money.’ And then he said the cutest thing, he said ‘Well, you would have your credit card, from the bank!’

Not too much is known about Love & Hip Hop‘s contracts. But we do have a few supposed details courtesy of former LHHH star Masika Kalysha, who somehow managed to wrangle her way out of her contract with the show’s producers and quit unceremoniously earlier this year.

Masika has only said that she got a really good lawyer and he helped her break free of the show. And she’s since joined the cast of Growing Up Hip Hop: Atlanta, so she clearly didn’t want to quit reality TV entirely. It doesn’t sound like that’s the case for Moniece.

For her part, Moniece has already spent at least one update mocking both her haters and the gossip centered around her fight for mental well-being.

All we can really say for sure is that we’re past the halfway point for this season of Love & Hip Hop Hollywood. So if Moniece is truly done with the show, she doesn’t have long to wait.