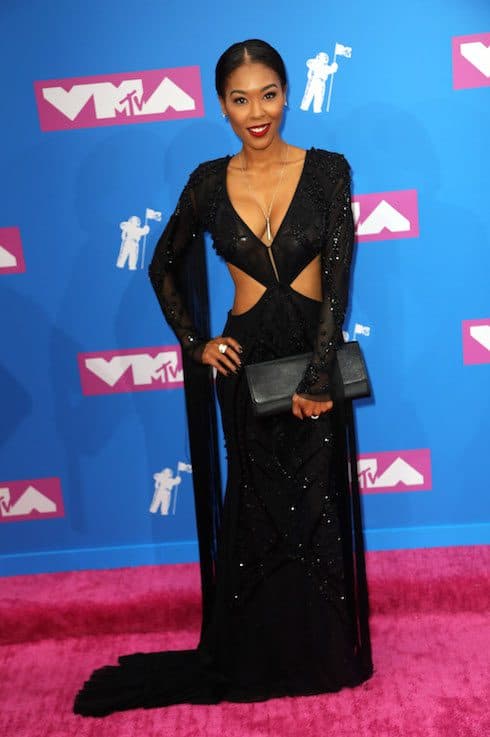 Moniece Slaughter’s panic attack in the studio led to a lot of tears, a resurgence of her mental health struggle, being carted away in an ambulance…and a whole lot of mockery from Roccstar and Brooke, who thought Moniece was faking to get out of having to hit a difficult note. But can Moniece Slaughter sing? Or was the OG Love & Hip Hop Hollywood cast member truly afraid to step up and take her shot?

First of all, here’s the scene in question. It’s probably worth pointing out that while Roccstar laughs at Moniece and claims she would have been unable to go up another octave on the next take, Moniece’s thoughts seem very far away from music. She’s too busy sobbing uncontrollably and lamenting the fact that her child “will never have a normal life” to worry about what’s going on in the booth:

Now, before we go any further, we should also point out that the above clip aired at the end of what was already an extremely stressful week for Moniece. She got injured in a fight with longtime rival Princess Love while the two of them were shooting a scene together, and has since claimed she’ll be taking legal action against Princess.

And the fallout from the fight led Moniece to beg to be let out of her Love & Hip Hop contract. She took to social media to say that the show has “sucked the life out of” her, that she has nothing left to give it, and that the pressure of filming led to a “complete mental breakdown” earlier this year.

So it seemed pretty clear, after last week’s episode aired, that the above clip was what Moniece had been referencing when she talked about a breakdown.

But if we’ve learned one thing about Moniece over the past five seasons of Love & Hip Hop Hollywood, it’s that her struggles have made her resilient AF. Ever the fighter, she shared the singing clip below and offered a pointed caption about being able to go an octave higher without ever mentioning Roccstar or Brooke by name:

Saw a clip of Monday's Episode. Dont ever try to play me. I can sing every day even it's on the 8th…8 days a week. Octave higher. No autotune. Fuck outta here.

We’ll also point out that Moniece seemed to spend a lot of time this summer practicing her vocal chops, since she shared a ton of clips of herself singing online. For those of you still wondering “Can Moniece Slaughter sing?”, here’s just a handful of those:

Today's task. Singing from my diaphragm. Annunciation. And breathing. Whew chile…..the work I'm having to do all over again. #brokenheartedgirl

Voice and Natural Beauty to Back it up……#saturdaze

And it’s not as if Moniece is a total newbie to the music game. Exhibit A? Her track “Riches,” which got Moniece plenty of positive press upon its release back in 2016:

One thing we don’t know, though, is how Moniece dealt with the fallout from her panic attack on camera. But we don’t have long to wait: LHHH Season 5 continues Monday nights at 8 on VH1.