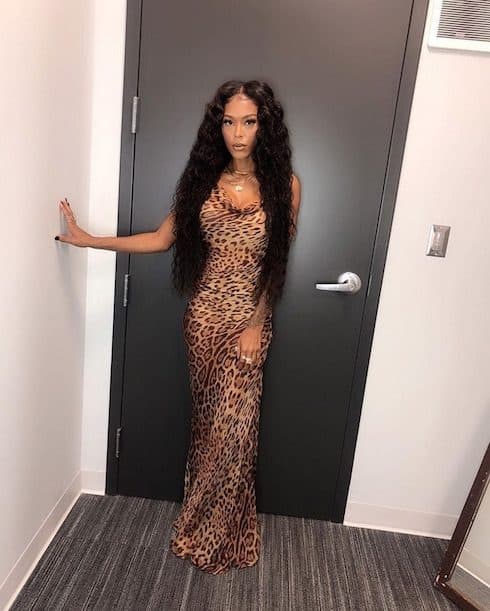 Moniece Slaughter has been trying to get out of her Love & Hip Hop Hollywood contract with great urgency of late. A few weeks ago, she took to Instagram to straight-up plead with producers to let her out of her contract, citing the show’s role in her increasingly poor mental health as reason enough. (No doubt Moniece is partly inspired by Masika Kalysha’s successful legal challenge of her contract, which allowed her to jump ship and take a leading role on Growing Up Hip Hop: Atlanta.)

Before that, it was her feud with Roccstar and Brooke, following an in-studio panic attack that Moniece’s co-stars thought she was faking. And before *that*, it looked like VH1 might be granting Moniece’s wish. The network released a LHHH bonus clip featuring Moniece talking — wistfully, no less — about what her life might be like if she didn’t have to worry about being on a reality TV show.

Which brings us to Moniece seemingly trying to get herself removed from the cast of a reality TV show, this time via some really good shade. In this just-released clip, a few choice members of the Love & Hip Hop Hollywood cast dish on whether they think Lyrica and Safaree really did smash (spoiler alert: they probably didn’t, but it’s A1’s baby so who really cares).

Here’s what Moniece had to say about the situation:

I don’t know what went down. These are manufactured people so who’s to say anything about their lives is real? I’m more authentic so it’s really hard to tell. People aren’t walking around with their real faces, real bodies, real teeth, real hair, real nails, real butts and things of that nature….I am afraid to see what that baby’s going to look like.

(While that is some solid, Masika-level shade, personally, we’re nodding our heads at Solo Lucci’s response most of all. “Boy, get the f*ck out he smashed you,” he says. “You don’t play about smashing nobody’s wife.)

But is Moniece Slaughter still on LHHH, or is she about to be given the boot? Or is she just acting “Petty” — which just so happens to be the title of her brand-new single?

(Photo credit: Is Moniece Slaughter still on LHHH via Instagram)