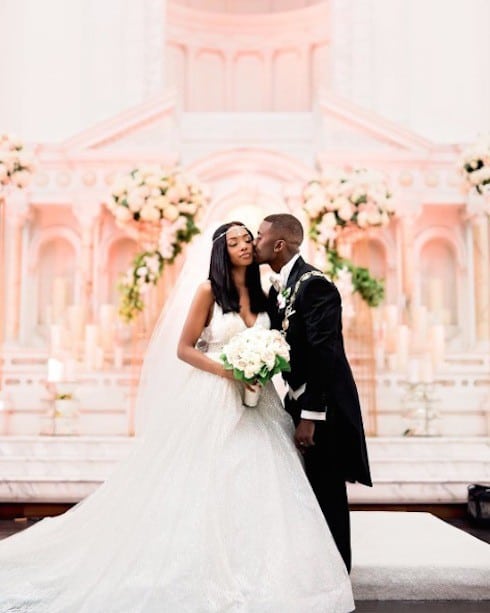 The Ray J and Princess Love married story knows no bounds, as we’ve now got actual footage from the wedding reception! The Love & Hip Hop Hollywood lovebirds were married in front of a plethora of cameras, for an episode to air later during Season 3, but it seems that the footage of Ray and Princess sharing their first dance as husband and wife just couldn’t wait for the official release.

As we reported earlier this week, Ray J and Princess Love were married last Friday, in front of 150 family members and friends. Ray J had nine groomsmen (among them The Game) and Princess had nine bridesmaids–including her sister, Brandy, who also sang the Etta James classic “At Last” during the reception while the couple danced. Brandy, though, damn near stole the whole show–check out the clip below (courtesy of TMZ) and watch the couple marvel at her voice!

In the days since Ray J and Princess Love were married, they’ve both taken to their official Instagram accounts to share a ton more photos than we had in our original update. Without further ado, then, here’s a wedding photo gallery, courtesy of the bride and groom!

Special Moments from our wedding. @rayjnprincess

Our family is a circle of strength of love with every birth and every union the circle grows.” @rayjprincess #familyfirst #RealLove @sonjanorwood @4everbrandy

My beautiful Maid of Honor @4everbrandy

Andy Samberg and Joanna Newsom are getting married