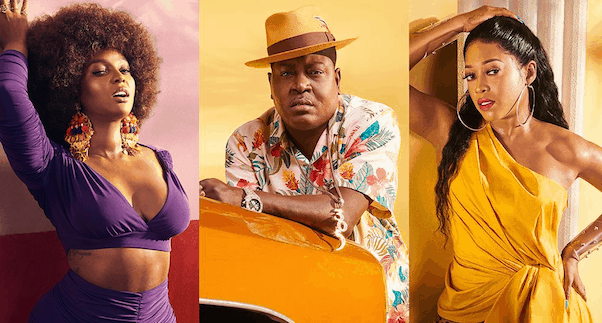 Love & Hip Hop Miami Season 3 appeared to be in serious jeopardy earlier this summer, when both it and flagship show Love & Hip Hop New York were paralyzed by mysterious production delays. For months, it looks like LHHMIA had been canceled; it didn’t help that the show has the lowest ratings out of all the Love & Hip Hop shows (though it’s also worth pointing out that LHH ratings have been declining across all shows for a few years now).

However, we then learned that the entirety of the Love & Hip Hop franchise was recently turned over to a new production company, and not just LHHH as the initial reports suggested. This meant that production on all four shows’ new seasons had to be pushed back, in order for the new team to rework relevant cast deals and send out pick-up notices for the new cast members they wanted to retain for their respective shows.

In short, it was a giant mess, and it took months to sort out. But it’s already made for some interesting results. Love & Hip Hop New York, which normally would be months into production and only a month or two away from its season premiere, isn’t expected to return with its tenth season until 2020. But when it does come back, LHHNY will have a brand-new all-star cast including the entire main cast from the show’s first two seasons: Chrissy Lampkin (and Jim Jones), Emily B, Olivia Longott, and Somaya Reece are all returning to the fold.

Who will be on Love & Hip Hop Miami Season 3?

We don’t yet know if the producers have something similar in store for Love & Hip Hop Miami‘s next season. Evidently, it took awhile to recast the show, which only began filming new episodes about a week ago. But multiple reports — gossip site @thelhhtea was the first to break the news — confirm that LHHMIA is indeed back. A recent “cast meeting” kicked off the production, and filming is underway. An early 2020 return — after LHHNY has been going solo for a few weeks — is believed to be VH1’s current target.

The show’s new cast remains its biggest question mark. Per those early reports, six of Love & Hip Hop Miami‘s eight main cast members are currently filming: those six are
Trina, Trick Daddy, Amara La Negra, Bobby Lytes (fresh off of his recent arrest), Veronica Vega, and Shay Johnson. No one seems to know whether Gunplay and Jojo Zarur, the two remaining full-time names from the show’s first two seasons, have been downgraded to supporting cast members or simply fired outright.

And there’s even more uncertainty about LHHMIA’s extensive supporting cast, some of whom have had significant roles for the show’s first two seasons. Depending on whether Gunplay and Jojo are gone, we may not be seeing much more — or any more — of Miami Tip, Khaotic, Young Hollywood, Jessie Woo, Pleasure P, and Chinese Kitty *or* Chinese Nicky.

LHHMIA Season 3 is expected to premiere next year.