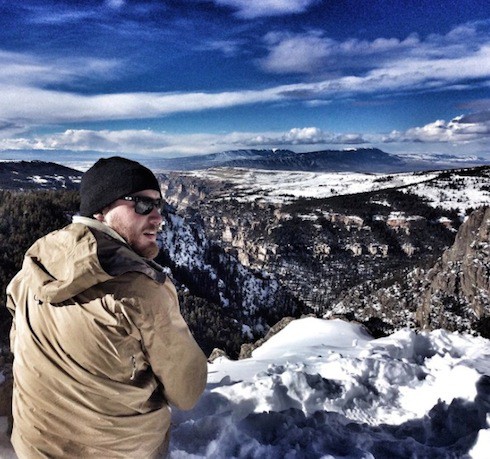 It’s a Grady Powell Dual Survival update of massive proportions today, as the noted adventurer recently took to Facebook for yet another extensive fan Q&A! Questions about Dual Survival Season 7 abounded, as did musings on whether Grady would return for Season 8, and what his relationship with the still-controversial Bill McConnell is really like. Plus: Beer!

First off, a quick look at what little we might know about the relationship between Grady–whose presence on social media has made him a definite favorite among fans of the show–and Bill, who lives as close to off the grid as possible, and has no such connections. While most Dual Survival viewers have warmed to Grady, unfortunately, the same can’t be said of Bill. Fans have wondered whether Grady and Bill dislike each other almost since Dual Survival Season 7 began airing. The question came up again thanks to a re-tweet of Grady’s:

(In case you missed it, @Checkmate2160 was former Dual Survival co-host Matt Graham’s Twitter handle, until the account was suspended under mysterious circumstances.)

During the recent Grady Powell Dual Survival update and Q&A, though, the co-host did make it a point to stick up for Bill. He also teased fans about whether or not the pair will be back for new episodes next year.

Here’s Grady’s Facebook Q&A, which has been edited slightly for content. (You can read the exchange in full here.)

Who picks the locations where you go to do a show, and how much input do you get to put in before filming?
Production picks, and I get no say whatsoever. I just have to figure it out.

How often between each taping of a show?
Two episodes per block. A week home with Kristi, and then out for more. It’s a terribly taxing schedule physically, mentally, relationally…

Grady, why is Bill so weird?
He spends a lot of his time all alone. Can’t expect a lot…

What’s it like trying to work with someone whose survival strategy is so drastically different than your own?
Compromise.

Y’all are awesome. Love the show! (Everyone is too hard on Bill.)
Agreed.

What do you do to prepare your digestive system?
Go ugly early. I have never been afraid of dirt, grime, or new foods.

Do you ever get the runs out there? What do you do then? Hope you don’t die of dehydration?
White if you’re tight; black if you’re slack. Carbon from a fire can help absorb toxins.

No comment on tonight’s episode–just want to say if that is your girlfriend, she is a fox, and you’re a lucky man!
This one? Damn straight, she is! 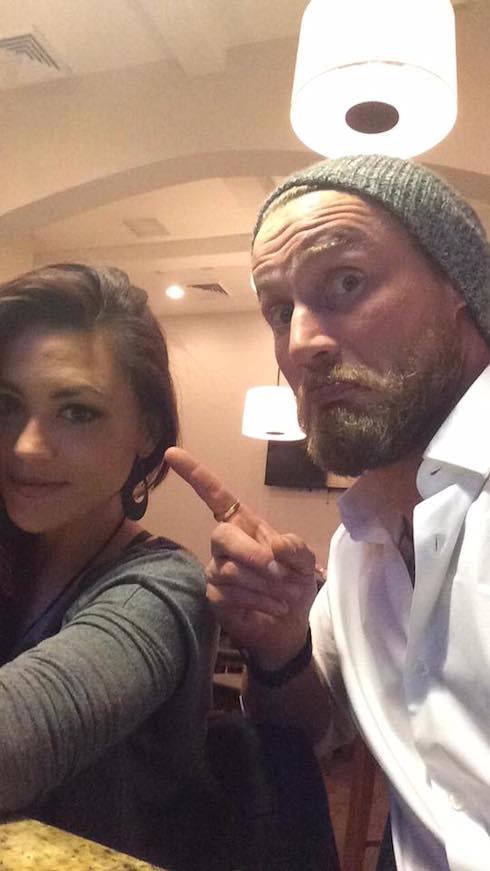 Is there a special meaning behind the pointer finger ring for you? Grandfather’s ring.

What is worse–being cold or sick in a survival situation?
Sick. Cold is easily beat. Sick beats you up, and makes everything that much more difficult.

Of all the places you have been, which was the toughest?
Namibia, so far. Got heat exhaustion. Turned very real very fast.

Do the producers help you at all, even if you are in a bit of a crunch?
They try, but–like, last week, I almost died from being sick. But I refused the hospital.

Last episode, when you were sick, was the water you were in cold or hot? (Only because it was so hot there…)
It wasn’t that–it was cold, but I was so sick and hot I went into shock, and started puking.

Is what we see on TV all legit or do the producers jump in a lot? Do you guys really sleep in the shelters you make?
If safety was an issue, they tried to jump in.

Can you say yet whether or not you & Bill will be returning in the next season of the show?
Keep watching.

If Grady keeps up with these fan Q&As, it won’t be long before we get definite confirmation that he’s coming back for Dual Survival next season. And, if fan outreach doesn’t work, there’s always the official Grady Powell beer to win new allies and keep the old ones on his side. The long-rumored Grady Powell beer is now officially available for your swilling pleasure:

ORDER NOW!Beers are finally ready for preorder. Shipping to your door in March! Perfect gift for the craft brew snob…

There might still be time for you to snag a bottle or two before the next episode of Dual Survival airs tonight at 9 PM EST on Discovery.