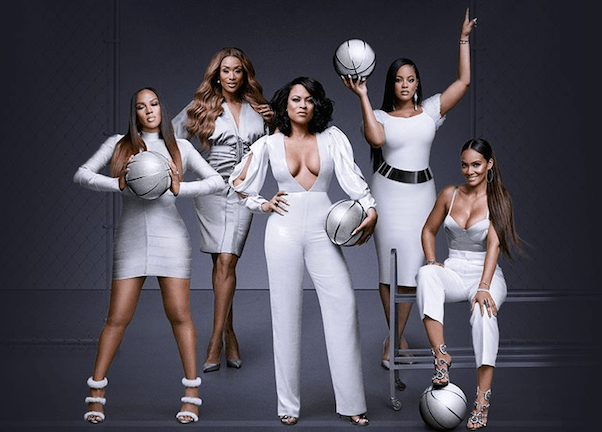 Word on the street is that Basketball Wives Season 9 is a go — but the real question is who will come in to replace retired OG cast member Tami Roman. In fact, though Tami’s is the biggest departing name, there should be room for at least two and possibly four new Basketball Wives cast members, depending on whether the gossip about one more cast member quitting and another being fired turns out to be true.

As we’ve already reported, Tami Roman announced partway through the current season that it would be her last one on the show. Tami called the decision to leave “bittersweet,” though she’d also been working more and more on other projects over the past few years. Most notably, she teamed up with Love & Hip Hop creator and executive producer Mona Scott-Young to develop a show based on Tami’s “Bonnet Chronicles” social media series.

In addition to Tami, CeCe Gutierrez has also made it clear she won’t be coming back to the show. The Season 7 addition straight-up told a fan who suggested CeCe cut the “toxic” show out of her life that she’s already “done.” And it looks like CeCe made good on her promise: Not long after that exchange, both she and Tami were completely absent from the set for the filming of the Season 8 reunion special.

There’s also a new report out there — it’s from MTO, so take that for what you think it’s worth — claiming that “half the cast” will be fired, and that producers are definitely axing newly pregnant star OG Chijindu, whose “aggression is very dangerous” and who has “many women” feeling uncomfortable in her presence.

A pregnant woman attacking her co-workers on camera seems unlikely at best, but there’s definitely a fear of OG in a lot of the takes of the show that we’ve read. As far as cast replacement gossip, it looks like the single biggest wish fans have for Basketball Wives Season 9 is that the newbies be actually married to basketball players 😉

The Basketball Wives Season 8 finale airs this Wednesday, followed next week by the reunion special.

Emily Maynard is moving to Texas to be with Brad Womack?