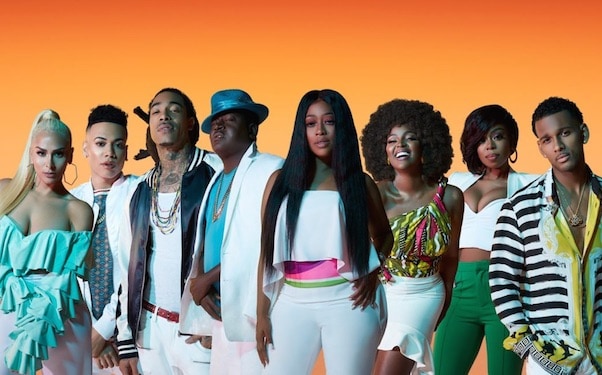 The newest Love & Hip Hop franchise is also the one that’s struggled the most in the ratings — but is Love & Hip Hop Miami coming back, or has it really been canceled? According to a new report, VH1 is about ready to pull the plug; however, it seems clear that the network is still figuring out the show’s fate.

Devotées will recall that LHHMiami had something of a difficult gestation. We first reported on the show’s early production over three years ago, back when VH1 ordered new Love & Hip Hop pilots set in both Miami and Houston. Miami had the more favorable episode, and a whole season got the green light, but recastings and reshoots meant that filming took longer than expected. It wasn’t until late 2017 that the network confirmed the very first LHHMiami premiere date.

Since then, the show has been the lowest-rated of all four Love & Hip Hop franchises. Which is also the driving force behind the gossip that the show may be canceled after just two seasons. In a report originally published by MTO and later picked up by Monsters and Critics, it seems a “high-level executive” called the show out for its low ratings and high production cost.

If you look at the anonymous source’s quotes alongside the article’s headline, though, you’ll notice a bit of a gap. Here’s what the executive reportedly said:

Love & Hip Hop is our top franchise, so we have to protect it and only have strong spin-offs. Atlanta, New York, and Hollywood are all doing well. Miami hasn’t performed….Love & Hip Hop Miami drew in about the same ratings as Black Ink Chicago. But Black Ink costs less than half as much to produce.

From there, the original article’s headline jumped all the way to “CANCELLED” in all caps. But the quotes — and whether or not they’re legit is beside the point — don’t say anything about the show being canceled. They don’t really imply that the show is about to be canceled, either.

The closest the anonymous source gets is by saying “Miami hasn’t performed.” Again, though, that’s simply accurate. LHHMiami Season 1 averaged 1.723 million viewers per episode, roughly in line with LHHNY Season 7 (which aired at the same time) and slightly below LHHATL and LHHH Seasons 7 and 5 (which aired later the same year). LHHMiami Season 2, by contrast, averaged just 1.051 million viewers per episode, or approximately half of LHHATL and LHHH’s numbers. (LHHNY’s ratings have been declining more sharply over the last few seasons.)

And Black Ink Crew: Chicago averaged 1.063 million viewers per episode last year, and is averaging .941 million this season. So Miami‘s numbers are indeed in line with Chicago‘s.

But is Love & Hip Hop Miami coming back? Again, it’s a stretch to say that it’s been canceled outright — the original article doesn’t even do that. It’s neither a stretch nor shade to say that the show is underperforming by Love & Hip Hop standards. We should also point out that the show’s ratings picked up and even began to grow after VH1 stopped airing it after Love & Hip Hop New York and gave it its own dedicated Wednesday night time slot earlier this year.

At the same time, we haven’t yet heard anything about filming for LHHMiami Season 3, which should have begun now. So it’s maybe more likely that VH1 is still figuring out what to do with the show in terms of marketing, promotion, and time slot. For now, at least, we’re assuming that Love & Hip Hop Miami will get at least a third season, upon which its fate will depend.