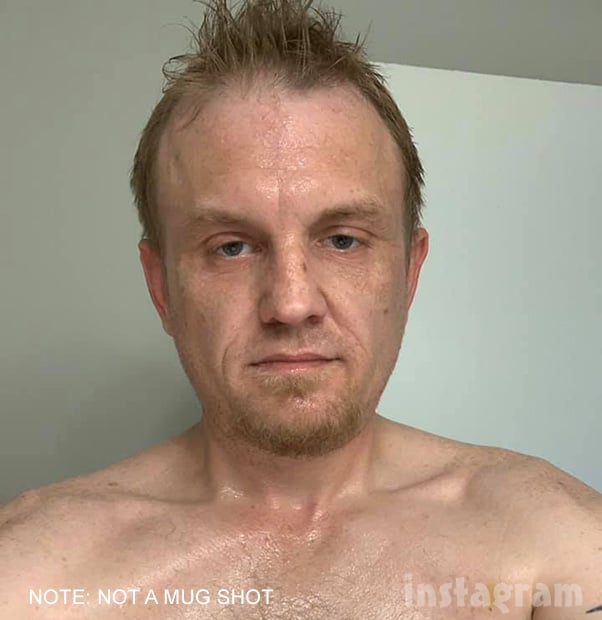 According to jail records, Clint was booked into Clermont County Jail on Monday morning. His charges are driving with a suspended license and driving under the influence of alcohol and/or drugs. He is listed as still being in custody with a $50,000 bond and a court dates scheduled for February 8.

Clint’s booking on Monday came after a warrant was issued for his arrest stemming from a traffic stop eleven days earlier. Clint was pulled over at 1:26 AM on January 21 in Union Township and was found to be driving with a suspended license. As we previously reported, Clint’s license was suspended last year when he failed to submit to a drug test after a DUI charge in February.

Clint is still on probation from the DUI, and his driving on a suspended license reactivated that charge. He was scheduled for arraignment on Monday, and the same day a warrant was issued for his arrest on the DUI charge.

Court records indicate that Clint pleaded not guilty to driving with a suspended license, but was found guilty. He was sentenced to 45 days in jail with zero days suspended. His license was suspended for one year with “no privileges.” He racked up $340 in fines and fees as well.

As mentioned above, Clint has a court date scheduled for next week. That is in regards to his DUI charge that has been reactivated due to the probation violation. I assume he is facing additional jail time and/or fines if convicted.

Clint has been very open about his love of marijuana, and he had a medical use card for his home state of Colorado. Unfortunately, that card didn’t do him any good in Ohio. Court records indicate that Clint filed for a medical marijuana card in Ohio on November 13 of 2020, but that was denied by a judge.

Life's not getting any easier for #LoveAfterLockup #LifeAfterLockup's Clint Brady. After moving to Ohio earlier this year, he was charged with drug possession twice in February & just recently had his license suspended for failure to take a drug test! 🤦🏻‍♂️https://t.co/od2oUCe959 pic.twitter.com/4QcfccYOGG

After our previous article about the suspension, Clint lashed out at us for being incorrect. “I have my Ohio license, genius and it’s NOT suspended!!” Clint replied to our post on Instagram. “I can send you a pic if u need it as PROOF,” he added, along with a facepalm emoji.

Soon after his reply, Clint delivered on his promise and actually posted a photo of his Ohio driver’s license, along with some additional words for us: 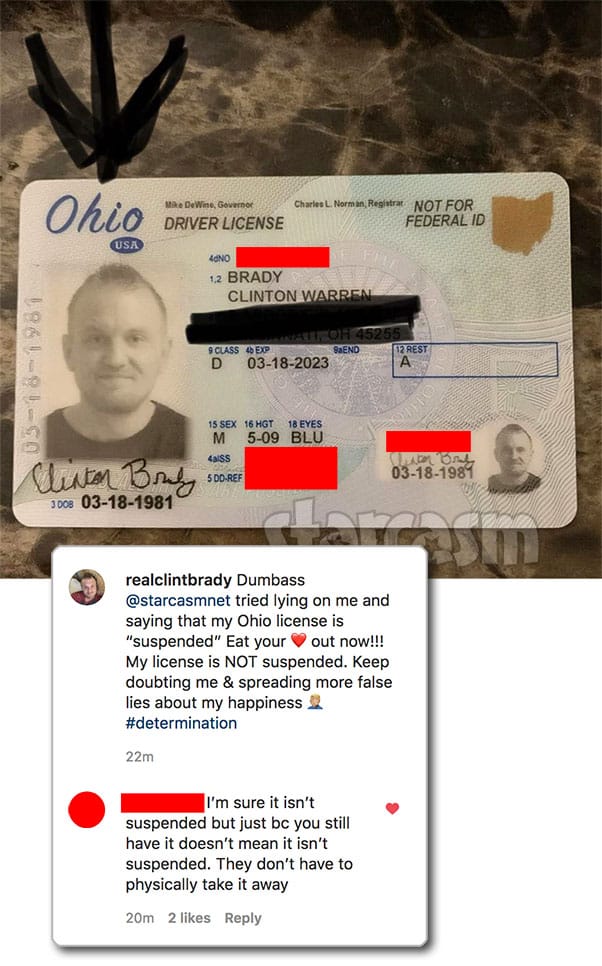 [NOTE: I blocked out some additional information from the photo in red.]

Eventually, Clint realized that a physical driver’s license would have no indication that it was suspended because that would have occurred after it was printed. It was my understanding that the realization resulted in Clint taking steps to lift the suspension. Apparently that didn’t happen, or he was unsuccessful.

I was made aware of Clint’s most recent arrest via According to Amber and Amber N Heidi Spills Tea-v on YouTube. I’m not sure which broke the story first.