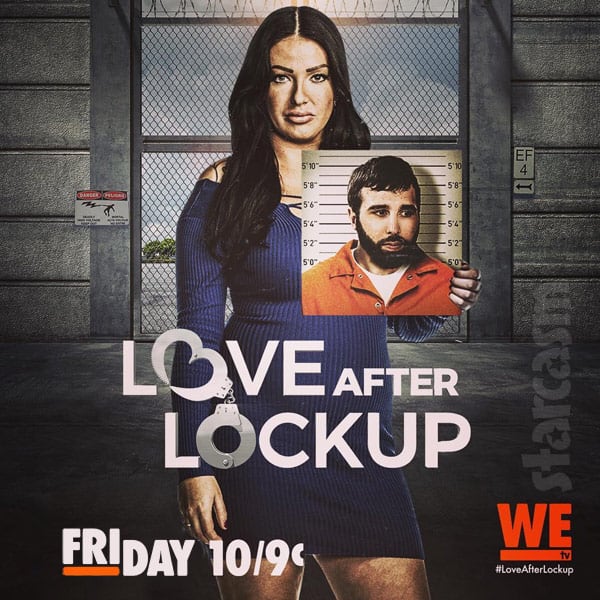 Love After Lockup viewers have yet to see Mary and her convict beau Dominic on the show, but the network has released a “Meet Mary” introductory video in which Mary introduces herself and talks about her relationship with Dominic. In the clip, Mary refers to Dominic as her fiance, but it could be that viewers (and producers?) are in for a big surprise because we found a photo that seems to indicate the two are already married!

OK, so here’s the official scoop from the clip: Mary, a real estate agent from Toronto, was introduced to Dominic by her roommate a little over six years ago. “When I first met Dominic, he had just gotten out of prison,” Mary says, “and about a month later, he went back to prison.” According to the couple’s WE tv bio, “Shortly after meeting, Dominic got into a fight at a night club and is now serving six years for aggravated assault.”

I did the research and found that Dominic was involved in a headline-grabbing bar brawl in April of 2009 — which was almost nine years ago. He turned himself in early the next month, and after a court appearance shortly thereafter, he was released and allowed to return to his home in Ontario until his first scheduled court date in June. Perhaps this is the 30-day time period in which Mary and Dominic met and spent a month together? That seems way too long ago though.

As far as the fight itself, it was quite brutal. According to news reports, there was a “massive” brawl inside the bar involving dozens of people that eventually moved out onto the street. Police were called, and when they arrived, they found a 22-year-old man unconscious and they had reason to believe it was Dominic who had knocked him out. The man was later placed in a medically induced coma but would eventually recover. (Judging from his Facebook page, he looks to be leading a normal life without permanent medical damage.) Dominic had left the scene and police issued a warrant for his arrest. Dominic turned himself in shortly after the warrant was issued.

I could find no follow-up articles revealing exactly when Dominic was sentenced or when he began serving time. I assumed this is the incident referenced in his WE tv bio, but I suppose it is possible he was arrested for yet another bar fight? Another timeline that would make sense is if Dominic was released on parole, met Mary, then violated his parole and had to return to prison to finish his sentence — which would technically mean he went to jail for an assault from a bar fight just as his bio states.

Mary says in her intro clip that Dominic has been her boyfriend “for the last six or seven years” but “now he’s my fiance.” She later says “we basically spent 30 days together out of the whole six years.”

Mary shared a throwback Instagram photo on December 30, 2017 that features a younger version of herself and Dominic having dinner together: 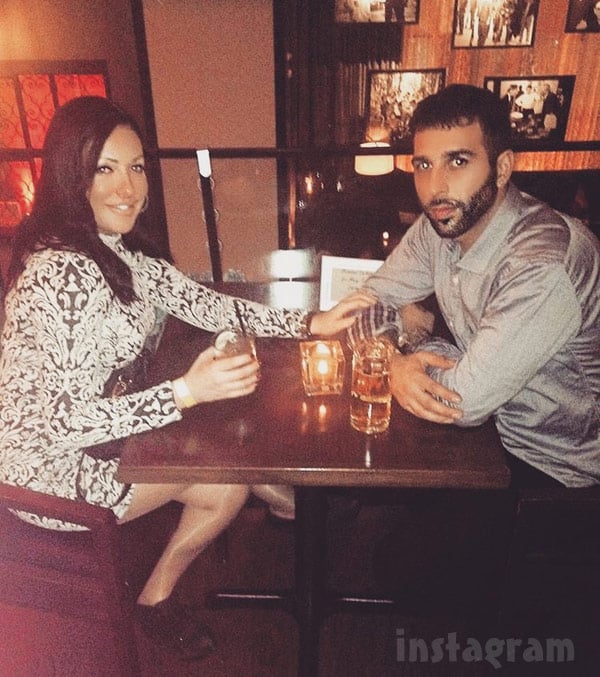 “Happy New Year’s Eve Eve! ?” Mary captioned the picture. “#Flashback to the last New Year’s Eve that Dom and I got to spend together! Bottles weren’t the only thing poppin’ that night…someone may or may not have popped the question … ???” Hmmmm… The release and parole violation theory could work with this, if Dominic was out in late December.

Making things more confusing is this photo posted online by Dominic in April of 2016 in which it appears as though Mary is wearing a wedding dress and holding a bridal bouquet: 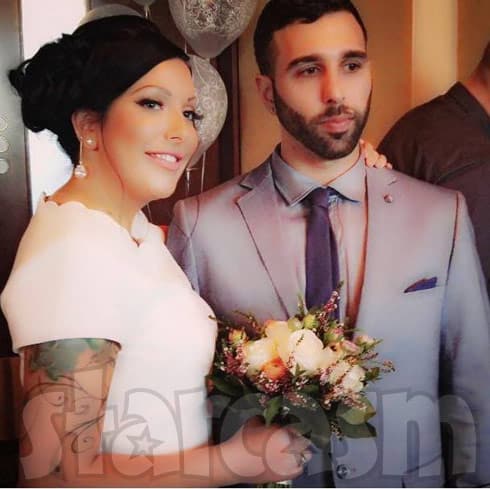 The day before, Dominic posted a photo of Mary kissing him on the cheek and his mother wrote in the comments section: “Dominic and his wife Mary..so proud of you son.” I should also point out that Mary was using Dominic’s last name for all of her social media and online professional accounts prior to scrubbing them after the show was announced.

A 2016 wedding doesn’t seem to make any sense at all, unless they allow weddings in Canadian prisons. I suppose it could have been an older photo, or perhaps there have been multiple fights and multiple arrests for Dominic? Hmmmmm… Unfortunately, all my experience researching arrest histories is with US courts and prisons — I didn’t have much luck at all with Canada.

Either way, I am guessing there will be a lot more revealed about Mary and Dominic’s story throughout the season — including a potential shocker about them having already tied the knot. That would be very similar to what show producers at Sharp Entertainment ran into with their reality series 90 Day Fiance when Molly Hopkins revealed on camera that she secretly wed Luis without telling anyone — a marriage that we were the first to report on.

It’s unclear when Mary and Dominic will make their debut on Love After Lockup, so we’ll all just have to keep tuning in on Friday nights at 10/9c on WE tv to find out!