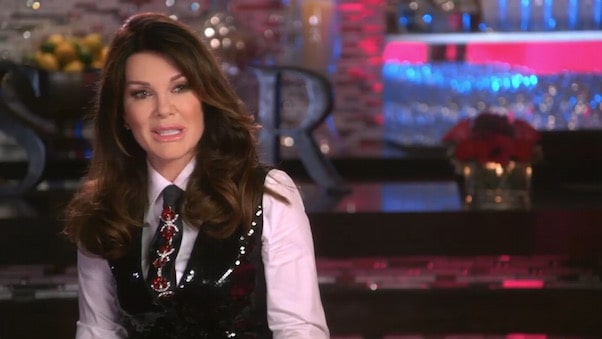 THE ASHLEY’S REALITY ROUNDUP – The PumpRules Season 8 trailer is here — and it looks like the new season could be the show’s most dramatic to date. Brittany and Jax are getting married; Stassi and Katie are feuding with Kristen; Lala is trying to stay sober and engaged to Randall; James depends on Lala “for help in getting his own demons under control”; and Scheana has to train the huge crop of newbies

REALITY TEA – RHONJ star Margaret Josephs lowkey endorsed the rumors that Teresa Giudice cheated on Joe while he was in prison: “I wouldn’t blame her. I mean, everything’s circumstantial. I don’t know what goes on behind closed doors, and I am the last person to judge anybody cheating, considering the way I met my husband.”

JEZEBEL – Donald Trump Jr. and Kimberly Guilfoyle got kicked off of The View, a show that increasingly has more in common with The Jerry Springer Show‘s heyday than anything else

VOX – Bill Gates is afraid of Elizabeth Warren’s proposed tax on super billionaires, which is cute. If you had his fortune and paid all your current taxes plus Warren’s, you’d still have enough money left over to start your very own blog, hire the entire former Deadspin staff, and have pizza parties every day until the Sun swallows the Earth

DLISTED – It seems Jeff Goldblum’s name may be trending later today, in conjunction with the word “canceled.” When given the chance, Jeff didn’t condemn Woody Allen in the strongest terms possible; instead he told an interviewer that he had a good time filming Annie Hall and has likewise enjoyed sitting in with Allen’s jazz band from time to time

THE BLEMISH – In other Wyoming-adjacent news, Kanye West is apparently getting pretty steamed that nobody really thinks he’s really going to really run for president in 2024 (and we’ll remind you that Kanye originally said he was going to run in 2020, before deciding that he’s cool with the current officeholder)

LAINEY GOSSIP – “For all the things she has going on, how did Oprah end up interviewing Gaga for a magazine? When she has her own magazine. Like, yes, this job is Oprah, and she’s been doing it for 30 years – but why this one in particular? I’m not criticising, I’m curious. I’m curious about how Oprah spends her time and how she chooses to spend her time. ”

THE BLAST – RIP, but also headline of the day: “This Golden Girls Star Was Found Dead Partially Eaten By Turkey Vultures”