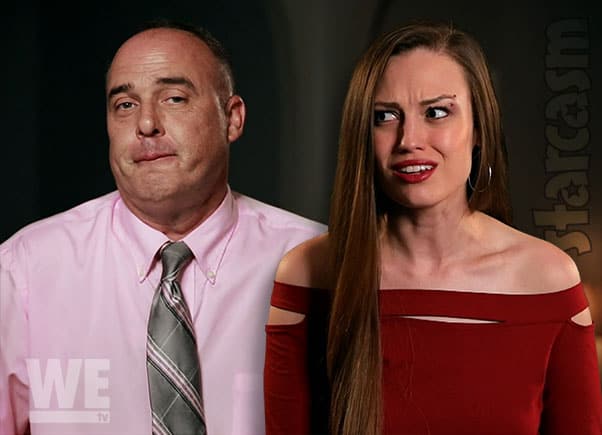 On the current season of Love After Lockup, tensions are mounting between Scott Bradford and his parolee bae Lindsey Downs after he goes snooping through her prison journals and discovers a rather disturbing passage. The hand-written entry details a plan to steal a bunch of money from a wealthy boyfriend before disappearing, which would seem to be a legitimate cause for concern for Scott.

I will skip over the fact that Scott was snooping through Lindsey’s prison journals for now, and move on to her explanation for the journal entry.

“Back when I was in prison, I [didn’t] have Twitter or Instagram to scroll through and read funny stuff,” Lindsey explains to producers in her interview. “So if I read a funny book and I find a funny quote, I copy it down in my notebook. And he has picked out one of these quotes and decided that it must be about him.”

Scott remains doubtful and points out how easy it would be for Lindsey to prove her claim. “If Lindsey wants me to believe that that excerpt which I read was actually transferred from a book, all you gotta do is find the f***ing book and show it to me,” he tells producers in his interview.

More from Lindsey on the passage:

In my notebook I write down quotes out of books that I think are just interesting. And that particular quote was from a book about a woman who had been to prison for stealing money from rich men that she was dating. But, if Scott makes comparisons to himself and the character from this book, that’s his problem, not mine!

Here is what Lindsey wrote in her notebook, according to the images shown on screen:

He’s an egomaniac. I’m used to his type. I can play the game with the best of them. I can bolster said ego and pretend to love every single word he says. So boring, but all a part of a plan.

Get out, get the car, a very nice new wardrobe. And then I get him to open me a bank account, hack into his business account and poke a tiny pinhole so he doesn’t even notice the additional slow drip of a few hundred or so trickling into my pocket each month.

Then I think up a scheme, like needing extra money for my Mom’s medical bills. Then – the piece de resistance – a ring. A big ring. A ring so big that I can sell it and live off the money as a salery [sic] while I clean up shop and plan my next operation.

I think most viewers were probably similar to Scott in that they doubted Lindsey’s prison transcription explanation. However, internet sleuths were soon on the case, and they discovered that Lindsey was telling the truth!

The words are changed a bit, but what Lindsey wrote is definitely lifted from a book titled Beautiful Criminals: A Novel written by Eric Tipton and Susanna Rosenblum.

#LoveAfterLockup returns to @WEtv for a brand new season with a brand new cast on July 17, so we're doing our best to get you prepped with exclusive details on the new couples! Get the deets on 27-yr-old #hotfelon Lindsey from Mississippi!
💥🚗- – -🚓 https://t.co/4osavXk99V

Here is an excerpt from the actual book courtesy of reddit super detective u/The_Original_JLaw:

“…I meet egomaniacs like you. I bolster said egos and pretend to love every single word uttered from their mouths. God, the drivel I’ve endured.” Amanda shook her head, remembering the bald dude with the puffy cheeks who would state the obvious as if making brilliant revelations about human nature (actually, this was all of them). The cultish ones who couldn’t stop talking about their families as if evaluating whether you’d fit into the fold. The awkward ones who used sarcasm as a shield and couldn’t sit for one moment with a genuine emotion. So boring and predictable, all of them.

“You men are just so much more boring than you realize,” she continued.

“Anyway. I toggle seamlessly from virgin to wh*re, since you can understand women only in the most simplistic biblical ways. I get you to wine and dine me. And then I get you to open me a bank account. I hack into your business accounts and put a tiny pinhole in each of them so you don’t even notice the additional slow drip of ten thousand a month or so trickling into my pocket. I feed my kid with that money. And let her get an iPhone so she can be on a level playing field with the likes of your spoiled progeny. I think up a scheme, like needing extra money to pay the medical bills of my dying mother. Then the pièce de résistance, I get you to buy me a ring, Charles. A big ring. A ring so big, the sale of it acts as a year’s salary for me while I clean up shop and plan to open another operation. And then I disappear.”

If you’re curious about the book, here is the synopsis from Amazon:

When Amanda Cooper steps foot out of jail, she’s determined to never go back. Two years behind bars means she’s missed her daughter, Taylor, turning into a teenager, and she doesn’t want to lose another moment with her. But as a convicted con artist, Amanda has few options for getting out of Los Angeles and securing her dream life: predictable, boring, and bordered by a white picket fence. The trouble is Amanda’s not the only one with a con. At every step of the way, someone is trying to pull her back into the game.

In her first attempt to go straight, Amanda takes a dead-end retail job. But she soon discovers that her boss, Russ, is stealing from his employers by the truckload – and wants Amanda in on his crooked plan. Then Amanda gets roped in by FBI Agent Stevens, who reveals another startling truth: Amanda’s mom, Joyce, and her lover, Bruce, are involved in a scheme that smuggles military arms to a cartel. If Amanda can get the FBI agent the information he needs, Joyce will get off scot-free…but if she doesn’t, they’ll all go to the cooler.

As Amanda maneuvers and manipulates her way toward some semblance of freedom, she can win the game only by changing the rules. But along the way she takes her eyes off the prize: Taylor. Given her family history, Taylor can’t help but get into her own brand of trouble. Just as Amanda’s new life is within reach, she realizes that her final gamble might mean losing everything.

#LoveAfterLockup #LifeAfterLockup returns in November with 16 episodes and no fewer than EIGHT couples! 😲 Watch the dramatic preview trailer and get preview teases for all the couples: https://t.co/FRDo59JJ6n pic.twitter.com/CJIEWzg1Wt

Despite Lindsey being right about getting the words from a book, it still seems suspicious that she chose those particular words to write down. Right?

Speaking of suspicious, that describes the scene in which Scott finds the entry in Lindsey’s notebook. In addition to seeming a bit staged, the paper that Scott holds up in the scene looks to be a Xerox copy: 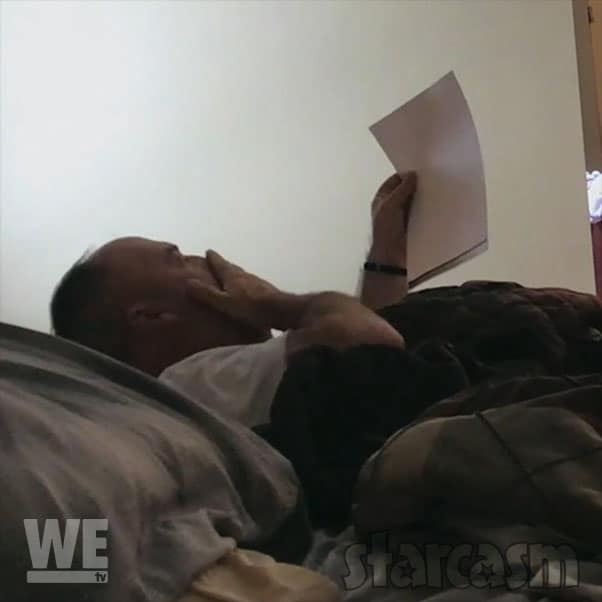 Perhaps Lindsey worked in the prison clerk’s office and she would photocopy hand-written passages from her journals that she found “just interesting?”