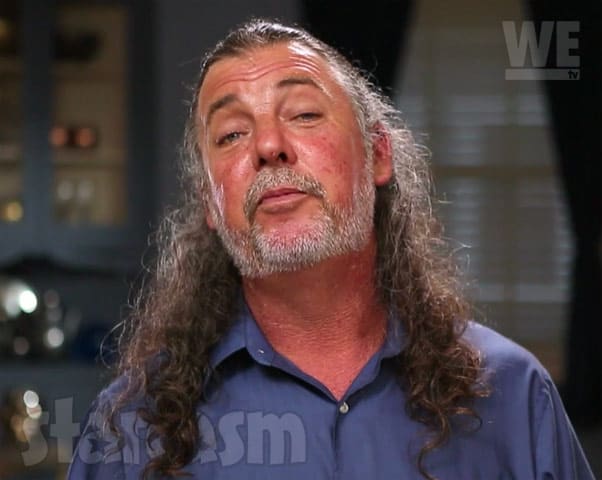 Love After Lockup couple Scott Davey and Lizzie Kommes are the only two cast members to be featured on both seasons of the original show as well as the Life After Lockup spin-off. Fans have learned a great deal about Lizzie’s time behind bars as a prison cam girl who allegedly solicited hundreds of thousands of dollars from “tricks” she met via the internet. But, what fans of the show may not realize is that Lizzie isn’t the only ex con in this relationship!

According to court records, Scott Davey was convicted of felony meth possession in January of 2002 after pleading guilty. Documents indicate that Scott was arrested in October of 2001, but was later released after someone (I believe it was his mother) posted $20,000 bail.

Scott managed to miss a hearing along the way and picked up a felony failure to appear charge, but that was later dismissed.

Unfortunately for Scott, it appears as though his meth arrest came in the middle of a divorce. Court records indicate Scott filed for divorce in October of 2000, but the case was still going on a year later — partly due to the fact that there was a child involved. (I assume it is Scott’s son Adam. The name Adam Davey is mentioned in the dockets, but the entry is confidential.)

The divorce case dragged on for another year, with the last docket entry being a custody evaluation from September of 2002. After three years of inactivity, the court dismissed the case in September of 2005. I do not know if Scott eventually got divorced or not. It could be that it was filed later in a different county.

Searching through court records also turned up a few other entries for Scott, including a recent one that had Scott scheduled to be in court today!

In May of this year Scott was cited for failure to stop at a stop sign, missing a rear view mirror, and failure to provide insurance information. The combined fines and fees that Scott was facing for the three citations was just under $1,400 if he elected to not attend traffic school, and $1,464 if he did elect to go to traffic school. (I was shocked!)

Scott did not pay the fines before the July 1 deadline, so another $100 was tacked on as a “Civil Assessment.”

On July 5 there is a docket entry indicating that Scott hoped to have the fines reduced. “Case placed on calendar by defendant, he wants to show corrections and request a fine reduction 07/12/19 at 01:35 PM,” reads the docket entry. That was just moments ago!

UPDATE – According to court records, Scott was in court and managed to have the mirror charge and the proof of insurance charge dropped. He chose to attend driving school for running the stop sign and looks to have been charged a total of $233. That should free up his budget for more Lizzie rings!

Prior to the May traffic stop, Scott was cited for a seat belt violation in August of last year. Scott pleaded guilty and looks to have shelled out $405 in February.

It appeared as though #LoveAfterLockup's Scott was on his way to a very unexpected happily ever after with new girlfriend Jasmine, but it looks like she might have been playing him even worse than Lizzie was ☹️ https://t.co/7ER08ewu0R

There is also a Scott Davey in the same county that filed a civil suit against Goodwill Industries for wrongful termination in July of 2017. I didn’t track down the actual complaint, but there was a docket entry with the court’s response to Goodwill attempting to strike certain parts of the lawsuit that sheds a little light on things by mentioning a disability. Goodwill’s motion was denied in part by the judge, who says that Scott’s allegations were clearly enough to merit the lawsuit under California Civil Code – CIV § 3294:

Plaintiff has alleged facts sufficient, if proven, for a jury to award punitive damage within the meaning of CC§3294. Plaintiff has also sufficiently alleged ratification of Robert’s conduct by a managing agent of defendant.

Scott reached a settlement with Goodwill Industries in November of last year. I do not know the terms of the settlement. And I want to emphasize that I could not verify that this is the same Scott Davey.

If you’re looking for an update on Lizzie and Scott, he is still VERY bitter about their relationship, and it sounds as though we will know more about why in the next two weeks. “I have no regrets on helping her,” Scott wrote on Instagram earlier today when asked about his relationship with Lizzie.

It’s what she has done to me from the time she got out. She used me until April 16 She never put in for the inner state transfer. I told her no more money. She told me F**k you. And never call me again. People don’t know what I’ve been through. She does his radio shows these videos. And does not tell the truth. She’s trying to make me look bad. In the next 2 weeks the truth gonna come out.

Meanwhile, Scott looks to be working towards getting a revenge body! He shared a photo with physical trainer Colin Jenkins of Lighthouse Fitness last week: 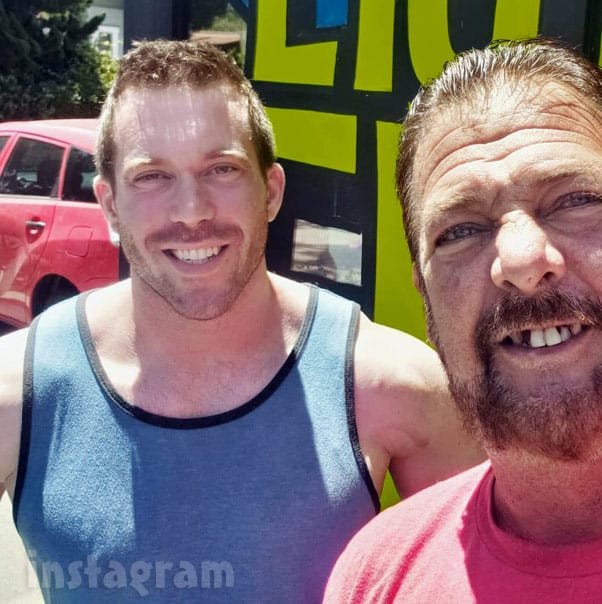 “Excited to start training!” Scott captioned the image, adding a string of hash tags that included #loveafterlockup, #lifeafterlockup and #lighthousefitness.

In the comments section, Scott suggested that he might be getting some revenge teeth to go with his revenge body! When asked about his choppers by a commenter, Scott said that his new teeth featured on the show were just a “quick cover up.” He adds that he is “going to start the dental work in 2.” Unfortunately he left off the next word, which was probably either weeks or months? “To get it done right it’s about $15000,” he adds. “It’s about me now, no one else.”