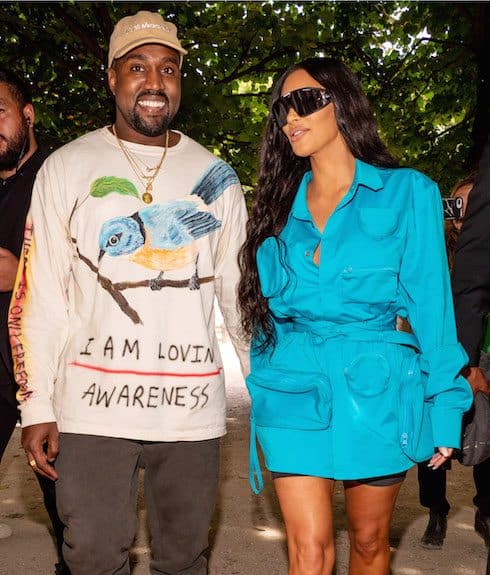 For months, Kanye West has been telling anyone who’ll listen that Yeezy has put him on the fast track to becoming a billionaire. His mid-spring tweetstorm, notable for too many bizarre and / or ludicrous statements to count, saw Kanye claiming that he’s already made more money from shoes than Michael Jordan (who is still the Michael Jordan of footwear sponsorships).

And now that Kylie Jenner did indeed become a billionaire before her 21st birthday, Kanye has wife Kim Kardashian making the talk show rounds to claim that Kanye has a ten-figure fortune, too, you guys. Earlier this week, Kim went on Jimmy Kimmel Live, was asked about her wealth, and gave this coy response: “I would say my husband is [a billionaire]. That makes me one, right?”

Which is all very well and good coming from an unimpeachably objective source like Kim. But is Kanye West really a billionaire?

According to a new report from The Blast, Kanye is “right at the line of being considered a billionaire.” And, like his little sister-in-law Kylie, almost all of Kanye’s net worth allegedly comes from the value of his business holdings.

Per The Blast’s insiders, Yeezy “just received a valuation that put their total worth close to $1.5 BILLION.” And, since Kanye owns a majority of Yeezy — which is in turn owned by Adidas — his holdings are supposedly just south of ten figures.

Additionally, The Blast reports that Kanye “has received several offers for investments and potential buyers of the company,” though he’s yet to decide on whether to sell any stake at all.

Analysts and tabloids alike projected a possible billion-dollar future for Yeezy upon its birth announcement back in 2014. However, since Adidas doesn’t make any of Yeezy’s earnings or ownership structure public, we can’t say for sure how much of it Kanye owns.

Kanye may be a billionaire, but he’s got a long way to go to catch MJ

It’s also worth remembering that bombast is a big part of Kanye’s marketing prowess. For example: as GQ pointed out earlier this year, even if Yeezy alone has made Kanye a billionaire, he is “almost definitely not” the “single highest paid person in footwear.” Adidas as a whole only overtook Nike’s Jordan Brand US market share in 2017 — when Jordan Brand, by itself, made $3.1 billion in sales.

And Yeezy’s extremely high prices make it unlikely to turn into a “decacorn” — the Silicon Valley-friendly term for a $10 billion company that Kanye also dropped in his tweetstorm — anytime soon. Per retail analyst John Kernan, Yeezy would need $3 billion in annual sales (or 8% of Adidas’ total business) to reach a $10 billion valuation. (Though if Yeezy dips its pedicured toes into the burgeoning joot market, they’ll get there a lot faster.)

So, while it’s entirely possible that Yeezy will make Kanye West a billionaire in the near future, it’s even more likely that Kanye will keep on touting outrageous sums and sales figures and Adidas’ privacy will lend those figures an air of vague credibility. And it’s likeliest of all that Kim Kardashian will continue to tolerate her husband without coming close to divorcing him.

Why was Kanye West hospitalized? Doctor reportedly admitted him for sleep deprivation