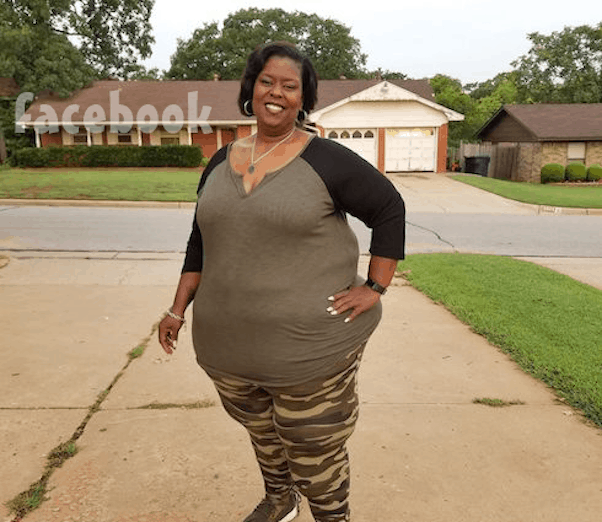 It’s an emotional and difficult update for My 600 Lb Life Cynthia Wells today, who has acknowledged feeling “like a failure” over what she says is her stalled weight loss progress. Cynthia made her comments in response to what she further said was “other people’s progress” — but, based on her latest before-and-after photos, it looks like Cynthia has plenty to be proud of.

Cynthia had a peak weight of 610 pounds when she began her weight loss journey back in 2016. By the end of her debut episode, though, she was down to 454 pounds, and had earned a reputation as one of My 600 Lb Life‘s feistier cast members. Most memorable was Cynthia’s dismissal of Dr. Nowzaradan’s program as “bullsh!t” and her subsequent decision to return to Oklahoma City and try losing weight on her own.

But it turned out Cynthia’s time before the cameras wasn’t up just yet. She appeared in her first Where Are They Now? episode in 2018, and impressed viewers by dropping a further 90 pounds. By that episode’s conclusion, Cynthia was down to 361, could contribute more to her five children’s lives, and in general looked far happier than when viewers first met her.

As far as My 600 Lb Life Cynthia Wells today, though, her most recent update is a reminder that weight loss struggles are as much mental as they are physical. Earlier this summer, Cynthia shared the full body pic below, accompanied by a frank admission of her own complacency and subsequent struggles:

This week has been an eye opener for me. I have gotten to comfortable with my weight loss and have lost sight of the goal. I am still fat and have a lot f way to go. I have been in my feelings for about 6 months because [I] look at other people’s progress and feel like a failure. I know in my mind everyone didn’t start at 610 pounds. However it is still very hard to see people on the same journey for as long as me and they are at their ideal weight…

I have lost all motivation and I’m struggling to find it. I just needed to get that off my chest.

Devotées of Cynthia’s story will recall that she’s offered self-assessments like this before. It wasn’t long before Christmas of 2018 when she said she’d been “beating myself up” over “not making the progress that I want or that other people [are] making.” At the time, though, Cynthia also acknowledged being able to look at her own before-and-after pics and know she was “so far” from where she started.

On that note, we’ll offer a comparison of our own. The photo at the very top of the article is of Cynthia from the summer of 2018, in which she’s looking as happy and healthy as we’ve ever seen her. The one below is of Cynthia standing next to a local radio personality and wearing an outfit similar to the one in the first pic — but it was taken just a few weeks ago. To our eyes, Cynthia is looking even healthier in the 2019 pic than she was in 2018: 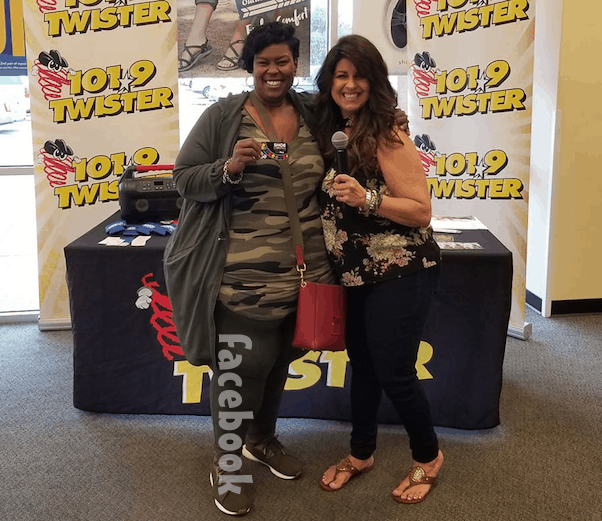 In addition, we’ll offer the latest picture Cynthia has made public. She shared it only a couple of days ago, while on a flight bound for her beloved sorority’s annual conference. It looks like she may have caught herself mid-wink, but Cynthia still seems as cheerful as she’s been since she found serious weight loss success: 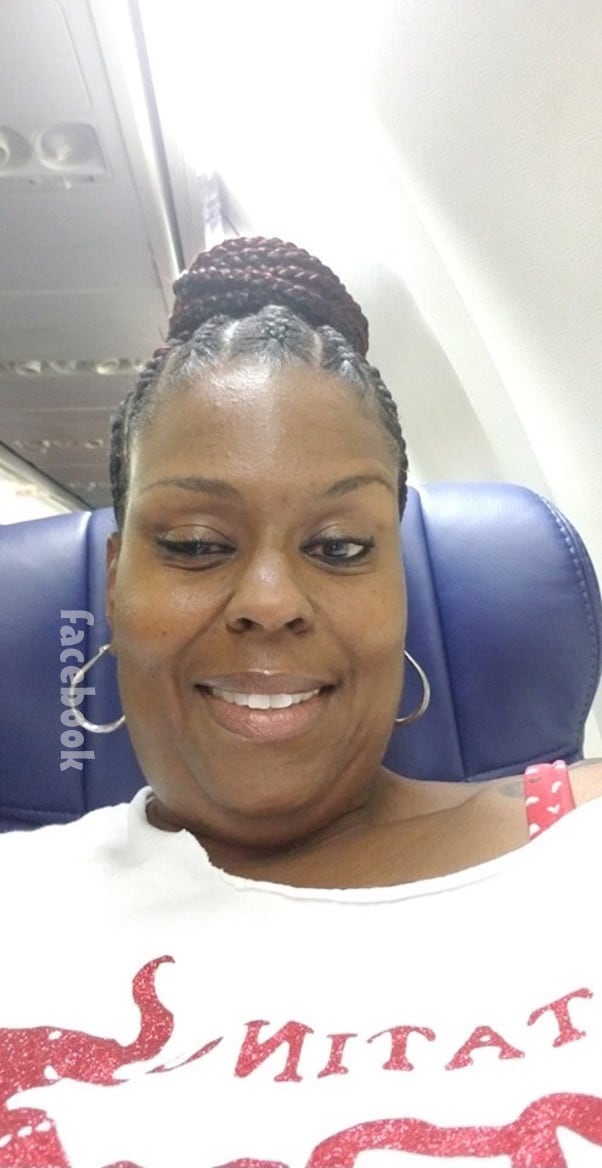 We haven’t yet gotten confirmation on whether Cynthia’s been filming a second Where Are They Now? update. Until we find out more, you can revisit her debut My 600 Lb Life episode here and her 2018 follow-up here, both via TLC.