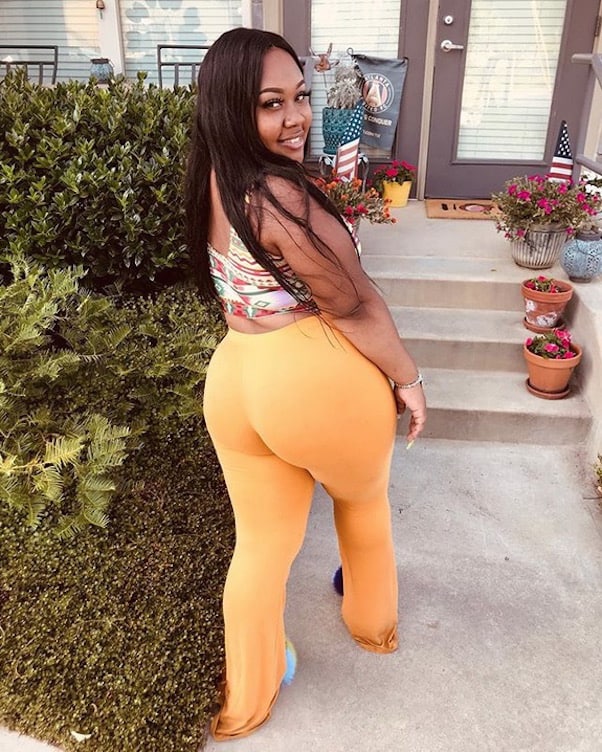 It’s been only rumors to this point, but we’ve now got confirmation that K. Michelle and Tannae, her surrogate, are planning on getting the Love & Hip Hop Hollywood star a baby — and that the two of them will appear during LHHH Season 6. Tannae, otherwise known as the “Fine Ass Mom,” revealed her plans in a video, explaining how she and K. Michelle met and why she considers the reality star a “big sister” and “auntie” to her triplets.

This past spring, we reported on the gossip regarding K. Michelle and Tannae, who at that point was still anonymous. The pair were allegedly set to “appear on the upcoming season” of Love & Hip Hop Hollywood. Said an insider, “The series has already secured [the surrogate’s] appearance”; at the time, filming for Season 6 had been underway for months.

Tannae, 22, already has four children: a son, Keyontay Jr., named after her partner; and triplets To’Niya, To’Nyla, and To’Nayla. Here’s a recent photo of the five of them together: 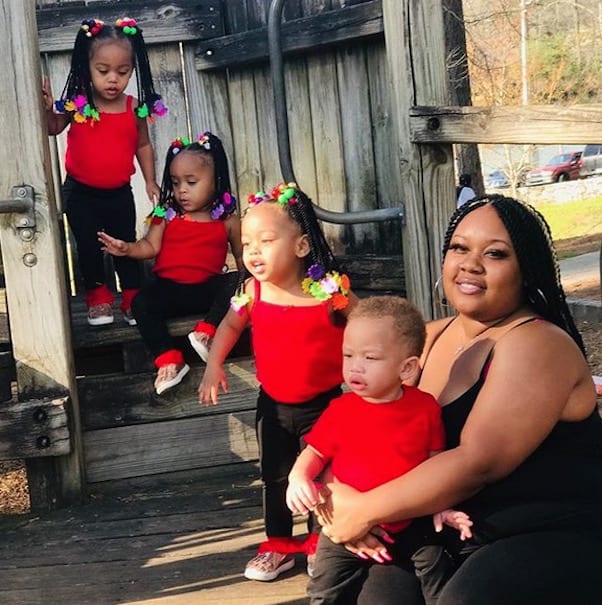 Additionally, although K. Michelle and Tannae have yet to appear together in a public photo, K. Michelle has been photographed with Tannae’s triplets. Both women were tagged in the photo back in November of 2018; at the time, it went largely unnoticed: 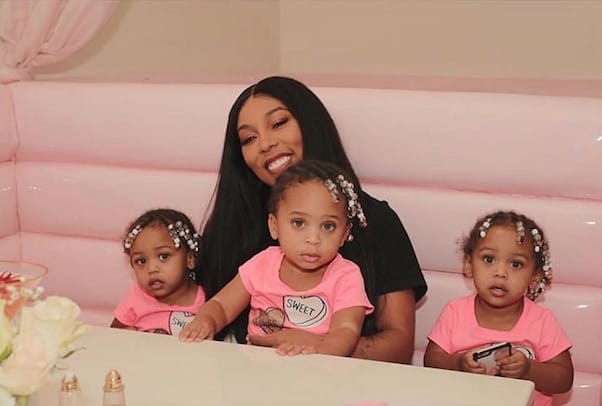 And, since K. Michelle has already said that she’d like this to be her final season of Love & Hip Hop, it seems likely she wants to go out on a positive, happy note. (So far, we haven’t heard about any storylines for K. Michelle this season other than surrogacy; click here for our LHHH Season 6 preview.)

As for the reveal video itself, Tannae and Keyontay explain just how they met K. Michelle, go into detail about their relationship with her, and talk briefly about their surrogacy timeline. (As of the video’s filming a couple of months ago, they hadn’t yet begun the process, but were eager to begin.) Tannae never mention’s K. Michelle by name, acknowledging that their relationship has become an open secret but only calling her “K.”

Here’s the complete video of Tannae outing herself as K. Michelle’s surrogate, followed by a brief synopsis:

“Basically, I’m finna be a surrogate for a celebrity,” Tannae begins. “I really don’t wish to say her name, even though she has said it online, she has said it on her TV show before. She has told, like, many close people to her, and everything, that I’m gonna be her surrogate. You have heard her say my name before; she referred to me as “T” then. You know exactly who I’m talkin’ about.”

Tannae then begins her story again. “Basically, I met her back in February of 2017…it was me and my friend going to IKEA. [We] was shopping for [my friend]’s house, and I had three car seats in the cart…and we had ended up seeing K.”

At this point, the scene quickly cuts and wipes, and Tannae starts again, this time replacing the initial. “So, we had ended up seeing her,” she clarifies, explaining that K. Michelle was intrigued by Tannae’s triplets and immediately started asking the woman if twins ran in her family. Within minutes, Tannae says K. Michelle was asking if she would be her surrogate.

Since then, K. Michelle has helped Tannae out both financially and emotionally. Tannae says this period in her life was her “lowest point,” but K. Michelle was always there with encouragement, a little money, or even an apartment for Tannae and her children when they had no place to live. (Later on in the video, Tannae drops K. Michelle’s initial again, saying she “looks up to K. like a big sister, like an auntie to my little girls.”)

As of this writing, K. Michelle and Tannae remain publicly silent on the topic of surrogacy: Tannae hasn’t said anything since the reveal video, leading to plenty of speculation that she’s begun the process and could be currently pregnant with K. Michelle’s baby (or babies). Until we find out more, you can follow Tannae on Instagram, where she’s better known as the “Fine Azz Mom.” She and Keyontay also have an active YouTube channel, which you can check out here.