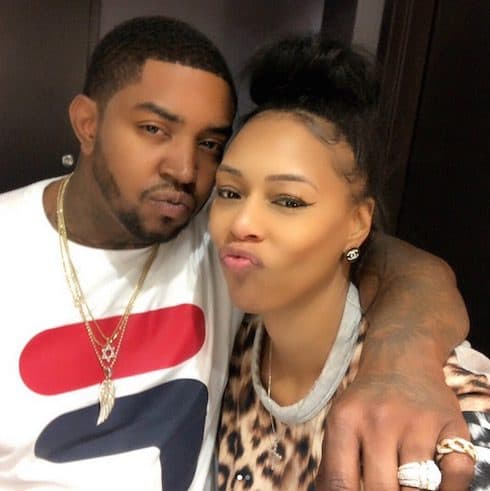 It seems congratulations are in order for one of the longest-lasting couples in LHHATL history! News of Bambi Benson pregnant leaked out just ahead of she and Lil Scrappy’s triumphant return to the show later this year.

The duo has been teasing baby news ever since they married in secret last autumn. Before that, their relationship seemed anything but secure: Bambi and Scrappy broke up during the last season of LHHATL, with Scrappy even going so far as to say he was done with the ATL and ready to start over in Miami.

Shortly thereafter, though, he went viral with a string of peculiar videos in which Scrappy interviewed random folks on the street, telling them he was “looking for The Bam.” Wedding rumors followed shortly thereafter — and now it looks like a baby is on the way!

The Jasmine Brand was the first to report on the news. According to their source, “Bambi hasn’t made many public appearances because she’s starting to show more.” Bambi is apparently around 20 weeks along, and she and Scrappy are said to be planning on making the news official later this week.

Here’s the set of photos The Jasmine Brand published alongside their article:

Additionally, the of Bambi Benson pregnant all but confirms that she and Scrappy will in fact be back on Love & Hip Hop Atlanta this year. At this time last year, the then-ex-couple looked to be as done with the show as they were with each other.

Starting late last year, though, rumors that the two of them had been spotted about town with other cast members led to speculation they’d be back for Season 7:

???Despite Bambi’s reservations, it appears that she IS RETURNING alongside husband lil scrappy for season 7 of #LHHATL Both her and scrappy were filming a scene for the hit show this past weekend.. I wonder what changed her mind? Are you excited they’re back? #Scrambi pic.twitter.com/vOJBqnj3lm

Before news of Bambi’s pregnancy surfaced, she and Scrappy were most recently on Love & Hip Hop-related headlines thanks to Scrappy’s seeming dalliance with Shay Johnson during the first season of LHHMiami earlier this year.

Congratulations to the couple! We can’t wait to see Momma Dee’s reaction 😀

Khloe Kardashian’s baby plan ‘uncertain,’ but she’s eating that placenta for sure