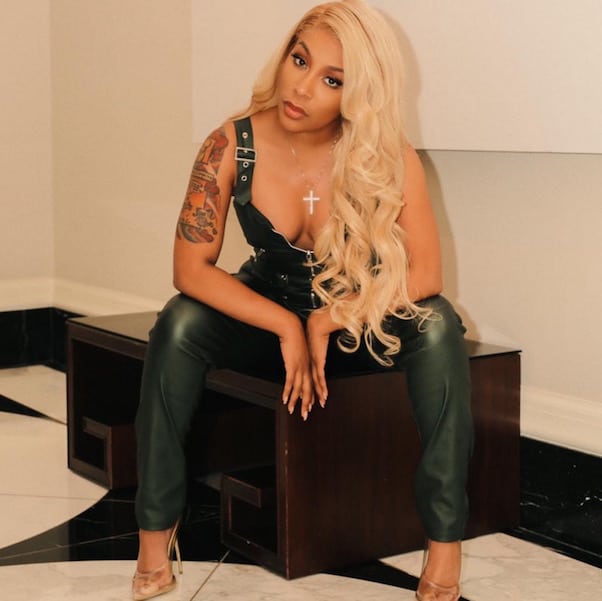 OG Love & Hip Hop Atlanta cast member and Love & Hip Hop Hollywood newbie K. Michelle has confirmed she’ll be back in the LHHH Season 6 cast. But it’s also rumored that Season 6 will be her final one on any Love & Hip Hop show, as she’s believed to be eager to focus more on her music career, as well as on her family.

Devotées will recall that K. Michelle has already said she’s done with Love & Hip Hop Hollywood before. Last summer, shortly before LHHH Season 5 dropped, she went on Twitter and told several fans she was straight-up done with the show, suggesting she might not even appear on the upcoming season despite having already filmed for it. (K. Michelle also implied she was done with Love & Hip Hop forever shortly before announcing she’d left Atlanta behind for the Hollywood hills.)

But last week, just before the LHHATL Season 8 premiere, the always-reliable Best Reality Blog asked Michelle if she would be back for more Hollywood shenanigans later this year. And her response was once again unequivocal:

So, that settles it! K. Michelle will definitely be a member of the LHHH Season 6 cast, unless right before the premiere she says otherwise 😉

However, it’s also rumored that K. Michelle’s upcoming season will be her last. She’s apparently keen to spend less time on TV and more time rebuilding her music career. But we do know that her second surrogate has allegedly signed with Love & Hip Hop Hollywood‘s new production company and will appear alongside K. Michelle throughout Season 6.

If this is K. Michelle’s last-ever season, hopefully we’ll see her get high as f*ck and discuss her sexual fantasies involving the other cast members at least one more time. Love & Hip Hop Hollywood Season 6 is expected to debut by midsummer 2019.

LHHH Princess Love files for divorce from Ray J, then trolls him on social media