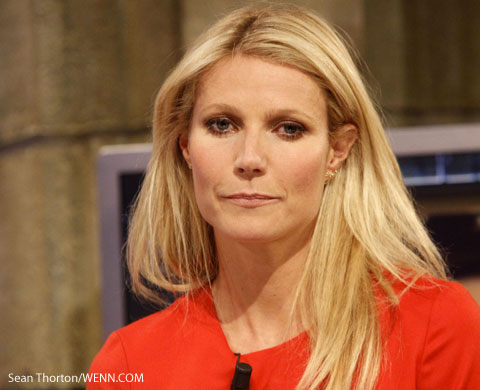 In an interview with The Mail on Sunday’s You magazine 40-year-old actress Gwyneth Paltrow revealed that she suffered a life-threatening miscarriage some time after the births of her two children Apple (8) and Moses (6) with 36-year-old husband Chris Martin.

This is the first time the actress has spoken out about this difficult experience.

“My children ask me to have a baby all the time. nd you never know, I could squeeze one more in. I am missing my third. I’m thinking about it. But I had a really bad experience when I was pregnant with my third. It didn’t work out and I nearly died. So I am like, ‘Are we good here or should we go back and try again?’”

She also dished on her close friendship with Beyonce and Jay-Z:

“Jay is like a big-brother figure to me, he has a very calming and mature energy. He is an amazing force in our life – the kids call him Uncle Jay and Beyoncé, Auntie B. I was a mum before B so I suppose I may have passed on some advice but I have learnt so much from her, too. She is gorgeous, very feminine, very clever in that she knows how to be powerful and yet demure. And their baby Blue Ivy is totally delish. She’s made me very broody.”

Gwyneth has previously opened up about battle with postpartum depression after giving birth to Moses, and last month she talked candidly about the ups and down of marriage to Coldplay frontman Chris Martin, who she married in 2003.

In a Harper’s Bizaar interview she explained some of the phases and ambivalence of long marriages; her father told her he stayed with her mom for so long because “they never wanted to get divorced at the same time.”

“I think you do fall in and out of love and you just keep going, and every time you go through a really difficult phase, you rediscover something new and it just gets better. We’ve been married for more than eight years now, and we’re still into it.”

Although their marriage is rocky at times, Gwyneth told The Mail on Sunday that she feels she couldn’t have picked a better dad for her kids.

“Regardless of what happens in our marriage, I chose the best father. [Chris] is so good to the children and to know that you had kids with such a good man is a real weight off you. We are committed co-parents, we make all the decisions together and lean on each other for support.”

Although Gwyneth can sometimes come off as pretentious (she recently received some backlash for revealing that she doesn’t let her kids eat carbs,) but it’s refreshing to see her be candid and open about some of life’s most difficult struggles.