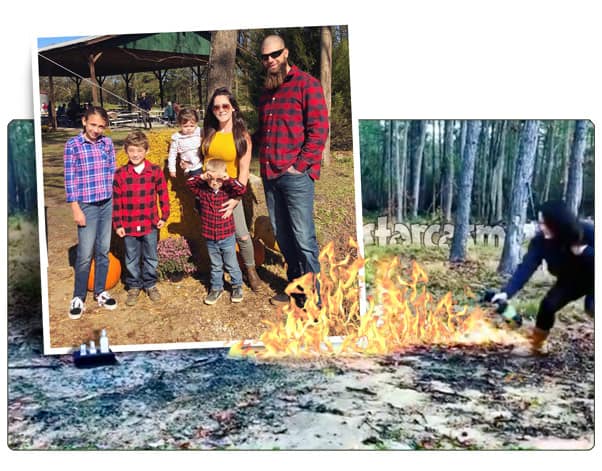 The Ashley reports that the judge decided against Jenelle and David, and in favor of Child Protective Services. The ruling the three children in question will remain in the care of specified family members, with Jenelle and David only allowed supervised visits, until the CPS investigation into David is complete.

Although David is the subject of the investigation, and Jenelle was reportedly offered the chance to regain temporary custody of all three children if she would just separate from David until the case was resolved, the judge went out of his way to admonish Jenelle for her role. According to The Ashley’s source, the judge said of the former Teen Mom 2 star: “It doesn’t matter if she left him or not, because she failed to protect her kids.”

“They judge deemed Jenelle and David’s [testimony] not credible,” the source continues, before once again emphasizing Jenelle’s culpability: “He also told Jenelle that she did not do her job as a mother to protect her kids.”

The disgraced couple will be back in court yet again next Tuesday “to learn the steps they need to take and the actions they need to complete in order for them to regain custody.” I do not know if that means investigation is over and CPS has a plan to deal with any potential issues regarding David’s behavior — and Jenelle’s compliance in allowing their children to be around that behavior.

I dislike David Eason a great deal. But based on just the horrible stuff we know about — undeniable anger issues that led to shooting their French bulldog and towing a stranger’s truck; a growing arsenal of weapons; the possible assault on Jenelle; emboldened prejudices; the list goes on — I really didn’t believe that CPS would have enough to take the children away from David without Jenelle’s help and condemning testimony. The fact that the judge ruled against Jenelle and David has me thinking that there is a lot more terrible stuff we don’t know about yet.

Numerous media outlets reported that someone living on The Land testified. Given the children’s ages, that someone almost has to be Maryssa. Her testimony would also explain reports of Maryssa being extremely upset, and David being extremely angry, after their supervised visits together.

In addition, I’m reminded of this foreboding paragraph from The Ashley’s summary of the first day of the custody hearings:

During today’s hearing, the CPS case worker had to report her findings for the court, and she has reported some disturbing stuff. Each child’s case is being handled separately, so the hearing could take a while to get through.

Disgraced former #TeenMom2 couple Jenelle & David Eason were back in court today fighting for custody of their kids, and although the case is still ongoing with the next hearing scheduled for Friday, we do have some updates for you. https://t.co/wLQ41y0cOa

UPDATE – More information from the judge’s ruling, and what it means for Jenelle and David from TMZ:

Sources connected to the case tell TMZ, for the time being, Jenelle and David can see their kids only once a week for an hour with supervision.

As one source put it, “It’s all David’s fault.”

Another source says the judge laid out a number of steps Jenelle and David must take in order to regain custody, including parenting classes, counseling and weekly drug testing.

And yet, another source told us Kaiser was “extremely fearful” of going back to the family house and claimed he was mistreated by David. His concerns were brought up in court and we’re told affected the judge’s decision.

As for Jenelle, one source says she was “stunned” by the ruling and believed she would walk out of court Tuesday with her kids. Instead, she walked out with David.

And The Ashley responds:

Yeah, @TMZ got it wrong. No reunification plan has been set, and won't be for another week.

the court has not required anything yet. They are incorrect. They won't find out their requirements until next week.

next week they will learn the steps they have to take to get the kids back, so it could go on for a while until they do the things on the judge's list. And, I'm not sure, that's a great question- I assume foster care?

“The judge heard testimony that David and Jenelle were constantly screaming and arguing, and the children were terrified,” an insider explained to Radar. “CPS described the state of the home as horrific. It was filthy, and there were holes in all of the walls.”

The judge and the haters are right in their condemnation of Jenelle’s complicity, but I am seriously worried about her safety tonight and over the next few days. The fact that David and Jenelle have actually stayed off social media (except for Jenelle’s sponsored clickbait posts, throwback photos, reposted inspirational parental quotes, and promotions for the upcoming release of her JE Cosmetics eyebrow kit) has me even more anxious about what is really happening on The Land.

We will continue to update on Jenelle and David, but hopefully we won’t have any news until their hearing next week.