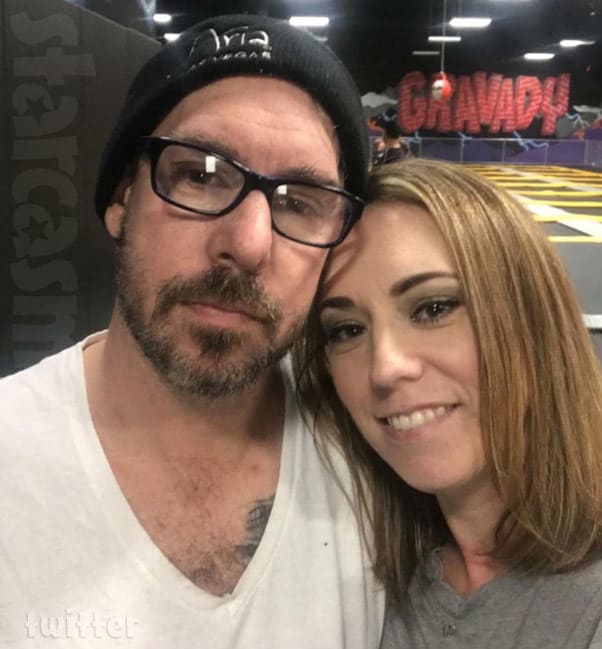 Amber Portwood’s ex Matt Baier is up to his old tricks again. The 47-year-old rebounded from Amber Portwood and got the quickie Las Vegas wedding he always wanted with a woman named Jennifer Conlon in November of 2017. Jennifer Baier spoke publicly about her new husband, and essentially repeated everything Amber had said for years — namely, that Matt had changed, and all his serial deadbeat dad antics were in his past.

Unfortunately, Jennifer’s trust in Matt resulted in her getting pregnant. And she now finds herself in the same terrible situation as the mothers of Matt’s (at least 7) other children.

Jennifer gave birth to her son Christian Baier in Henderson, Nevada on January 1 of this year. According to court records, Jennifer and the Nevada Department of Health and Human Services Division of Welfare and Support Services filed for child support from Matt on February 21. The filing indicates that paternity has been established, and includes a copy of Christian’s birth certificate listing Matt as the father.

You are not currently under a Court Order to pay child support, but you may be required to pay arrearages/back child support based on your legal duty to support your child(ren).

It is alleged that you owe an arrearage/debt to Petitioner/Obligee or to a Public Agency from February 1, 2019 through February 28, 2019. Specific arrearages and a reasonable payment will be sought to satisfy this debt.

You are required to pay the arrearage/debt in full.

Matt was officially served at a Las Vegas address on March 12. There is a hearing scheduled for July 21.

In case you missed it, Matt and Jennifer got married on November 27, 2017. Matt, now 47, met Jennifer, now 36, while she was waiting tables at a Las Vegas chain restaurant. Matt says they met roughly six months before they got married, but he was living in the Marriage Boot Camp: Reality Stars house until late June, so the math doesn’t quite add up. (Nothing new when it comes to Matt.)

Jennifer spoke about the marriage shortly after the news broke. Here is an excerpt from our previous post:

“His past has nothing to do with the relationship,” Jennifer insists. “The life we have now is what we have now. Matt is a wonderful partner, friend and someone who listens. I take a person for who they are today and what they do now.”

[Jennifer] continued to fawn on Matt, enlightening all of us to the magnificent catch that he is — despite everything that he has done in his life for the last 35 years. “Matt is a wonderful man. What people think of him and how he’s portrayed, that’s not the man he truly is. He is everything and more. He’s generous and loving. It’s unfortunate that people think differently. Matt is a good man, yet he gets attacked in a way I don’t understand. That’s not the person in front of me. His actions don’t show that.”

As we mentioned previously, Jennifer is the mother of two young girls, and of course she believes that Matt is great parent to them — completely unlike his relationship with his 9-ish children. She concluded by summarizing her guaranteed happy ending: “He’s my best friend. He loves me for me. We look forward to having a beautiful life together. My life led to finding my soul mate.”

I could go on and on here about my disbelief that yet another woman fell for Matt’s BS, even after he was exposed nationally, but I said all that in the post linked above. This is all just so excruciatingly crappy: Jennifer’s bad judgment has resulted in the creation of a human life that has Matt Baier as a biological father. Just awful.

I’m still embarrassed for Amber Portwood given how many times she vehemently defended Matt over the course of their almost three-year relationship. (Amber first revealed she was seeing someone new in an interview with Starcasm in September of 2014. The final straw in the couple’s relationship was during their appearance on Marriage Boot Camp, which they filmed in June and July of 2017.) But I’m also in complete awe of Amber for somehow managing to avoid having a child with Matt! Or even marrying him!

Unfortunately, I should point out that Amber did get pregnant with Matt, and suffered a miscarriage — something Amber talked about on the show months after she gave birth to her son James. There were reports of Amber suffering another miscarriage while with Matt in late 2016, but they both angrily denied the reports in an interview with Dr. Drew.

I’m sure this will be a huge story, so if you report on it, do the right thing and credit Starcasm as the source. I’m looking at you, TMZ!

Farrah Abraham helps children in Cambodia by giving her dogs a spa day?