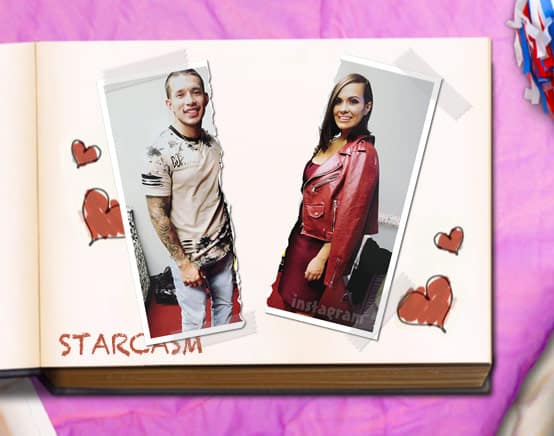 #Javiana is officially over. Teen Mom 2 co-stars Briana DeJesus and Javi Marroquin officially confirmed they have called it quits with statements to different media outlets, ending their three-month relationship that included numerous family photo ops — and I assume some good footage for next season.

Briana issued a statement to Blasting News, revealing that a big reason for their break up was her planned return to Snapchat plastic surgeon Dr. Miami later this month. “Javi and I are not together anymore,” she confirmed. “Our future just doesn’t line up. He doesn’t want me to get my surgery for a breast lift, lipo, and tummy tuck (which I’m doing in two weeks) because it’ll look bad on his name at work.”

Oh, and the 1,000 miles between them didn’t help either. “Also, I don’t plan on moving in with him in the summer and for these reasons, he broke up with me.”

Briana has had her fair share of break ups, and the fellas usually go straight from in her arms to under the bus — but that doesn’t appear to be the case this time around. “I have no bad things to say to about him,” she says of Javi. “He wanted a wife and home right now and I didn’t see a reason to rush. I wish him the best going forward, and I am sad things panned out this way, but this is where things currently stand. Again, we are no longer together.”

Javi talked with Radar Online after Briana’s statement was issued, and he seemed to verify the Dr. Miami surgery concerns. “I didn’t agree with some of her future plans being exposed for the world to see for our future and any future employers and I wish we could’ve compromised,” he said.

The long distance relationship issue was also addressed: “Some questions about our futures couldn’t be answered because we both do have kids and live two different lifestyles, her being in Florida and me in Delaware,” he admits. “Maybe I was overthinking but I couldn’t figure out a way to answer some of those questions.”

Javi also had nothing but great things to say about his newest ex. “Bri is an amazing person with the biggest heart I’ve ever got to hold,” he gushes. “Everything she goes through and she’s still selfless and does her best to please others. She’s got a bright future and she’ll make any guy feel special.”

The split from Briana leaves Javi’s Teen Mom 2 future up in the air. There are four moms on the show who have had children with a different man than their first whom they are no longer with. Javi joins Jeremy Calvert, Nathan Griffith, and Luis — all of which have seen dramatically reduced screen time. (Chelsea DeBoer is the only Teen Mom 2 mom to give birth a second time and then remain with that man. In contrast, none of the Teen Mom OG moms have had children with a second man they are no longer with.)

Since the announcement of the #Javiana split, the online reaction has been much more subdued that most Teen Mom break ups. A lot of fans are merely shrugging and suggesting that the relationship was all for show and they never thought it was serious. What do you think? Were Javi and Briana really in a serious relationship, or was it just a fun way to get some headlines and create story lines for the next season of Teen Mom 2?