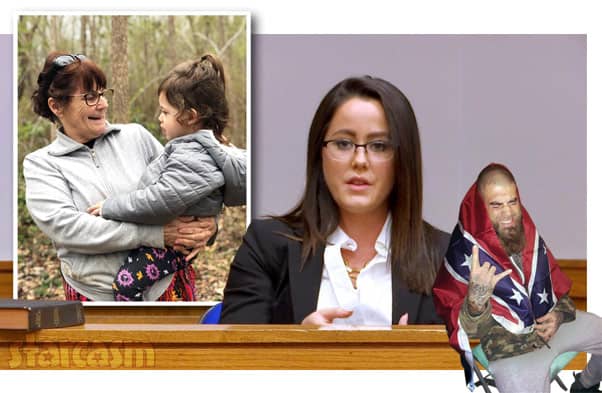 Disgraced former Teen Mom 2 stars Jenelle Eason and David Eason were back in a North Carolina court for the third time today. The couple continues to try to convince a judge to overthrow a previous court order allowing CPS to take their son Kaiser and daughters Maryssa and Ensley from them while an investigation is conducted into whether or not David poses a threat to their well being. The case is still ongoing, with the parties scheduled to reconvene on Friday, but we do have some updates for you.

The Ashley’s Reality Roundup has once again come through with the most thorough and diligent reporting as she not only shared some exclusive details about what happened during the hearing today, but she was also able to confirm reports from other media outlets since the previous hearing on Friday.

WHAT HAPPENED IN COURT TODAY

The Ashley reports that Jenelle and David had a supervised visit with their children before court today. She confirms that the two met with Kaiser, Maryssa, and Ensley — but she did not know if they met with Jace or not. Jace was in court today, however.

During the hearing, Jenelle took the stand to testify. The Ashley says her testimony took several hours, and that the judge got extremely frustrated with Jenelle’s attorney. It’s still unclear exactly who Jenelle’s lawyer is, but it does not appear to be her previous legal ace, Dustin Sullivan. (That would make sense given that Dustin is primarily a criminal defense attorney.)

The Ashley does state that Jenelle and David have different attorneys in the case, with Jenelle’s being hired and David’s being appointed. Can you imagine how surreal that must be for the public defender who got David as a client in this matter?

JENELLE TRIES TO HAVE JUDGE REMOVED

However, Jenelle’s Columbus County Matlock was apparently not well prepared to back up his own argument. “The attorney said he had evidence that the judge was prejudice against them, but after a long break, he said he couldn’t find what he was looking for,” the insider told Radar.

The request was denied. 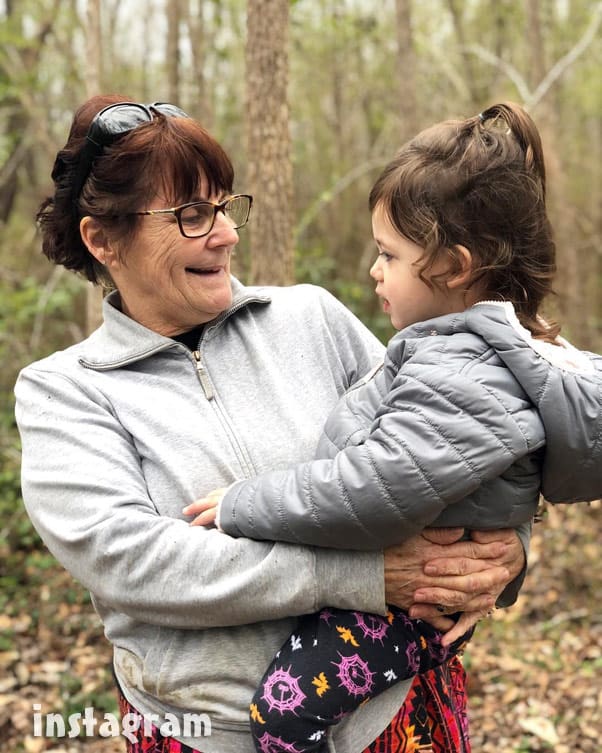 BARBARA HAS CUSTODY OF ENSLEY

Jenelle and David’s daughter Ensley had been staying with her older sister Maryssa at Maryssa’s maternal grandmother’s home, but the judge in the case decided on Friday that the living arrangement was not the best option.

“It made sense to the judge why Maryssa was with [her mother] Whitney’s mom,” a source for The Ashley reveals, “but it did not make sense that Ensley was there too, as Ensley is not related to Maryssa’s grandma in any way, so the judge ordered Ensley be moved to a family member’s care.”

This means that Barbara is currently taking care of two of Jenelle’s children: two-year-old daughter Ensley and nine-year-old son Jace. Eleven-year-old Maryssa is still with her grandmother.

Nathan Griffith has been awarded temporary custody of his and Jenelle’s four-year-old son Kaiser while the hearings continue. TMZ reports that Nathan is more than willing to allow Jenelle to see Kaiser, but he refuses to let David Eason near the boy.

TMZ adds, and The Ashley confirms, that Jenelle “rejected that offer but does FaceTime with her son.”

Meanwhile, Jenelle has reportedly asked that Kaiser be removed from Nathan’s care. “No evidence has been presented that Nathan poses a danger to Kaiser, so he continues to have custody,” TMZ reveals.

The Ashley adds: “Jenelle tried to convince the judge that Nathan was not fit to have Kaiser, and asked that he and Ensley be placed with her friend Katrina.” More from The Ashley:

Katrina– who appeared on recent episodes of Teen Mom 2 – is not related to either Ensley and Kaiser, already has multiple children in her home, and has a husband who has had multiple run-ins with the law, according to public records.

The judge denied Jenelle’s request, meaning Kaiser will stay with Nathan for now.

Nathan’s girlfriend Ashley Lanhardt has remained relatively quiet over the past few weeks, but she took to Twitter earlier today to express her frustration over the current custody battle being used to spread fake news via sensationalized clickbait articles.

Ashley called out Jenelle’s former Teen Mom 2 co-star Kail Lowry after she tweeted an article from The Hollywood Gossip titled “Nathan Griffith to Jenelle Evans: Kaiser Is Happier Without You!”

“Omg!!!! What a horrible headline!” Ashley wrote. “This is not true AT ALL! Kaiser loves his mommy. Never would anyone say this.”

Here is the original tweet followed by more responses from Ashley:

Omg!!!! What a horrible headline ! This is not true AT ALL! Kaiser loves his mommy. Never would anyone say this.

This situation is hard and heartbreaking for everyone involved. No matter what, the kids love both set of parents. I can’t believe media outlets are using such a sensitive topic THAT SHOULD BE PRIVATE for their own benefit by posting horrible headlines.

Nate nor I have ever talked down or badly about anyone in front of kai. We are very positive. He’s an innocent child, he doesn’t need to be around hate and negativity.

Radar Online shared details about Maryssa being very emotional after her supervised meeting with her dad David on Friday, but I will let you click on over there if you want to know more. This case is difficult enough without emphasizing the absolute Hell that these children are being put through while in the media spotlight.

Here is a full recap of what all happened in regards to Jenelle and David's custody hearing earlier today #TeenMom2 #TeenMom2BeContinued https://t.co/u1plEZWNpm

Jenelle, David, the children, the attorneys, and all the other parties involved in the case will reportedly be back in court for Round 4 on Friday. It is unclear how long this process will take.

The Ashley has previously reported that CPS would be perfectly OK with all three children returning to Jenelle’s care as long as David is not around. So, if David just agreed to stay in a hotel, or even at the home of a friend or family member, that would mean that his children could be back at their home with their mother.

Here’s a guy who has proudly declared that he is willing to execute a French bulldog in order to “protect his family,” but he refuses to make this sacrifice in order to make this experience less traumatic for his children? And this has NOTHING to do with whether or not he is actually a terrible human and father who is a danger to his children. Even if the accusations are completely overblown, and David is really just a loving, bushy-faced dad who likes to troll the internet, then he should still make that sacrifice, right?

As I’m sure many people will point out, David is probably not willing to move out temporarily because he’s scared of Jenelle finding out that life with the children and without him is pretty nice.

Along those same lines, it is really unfortunate that Jenelle hasn’t pressed for at least a trial separation during the custody proceedings. Unless David is arrested at some point, there will never be a better opportunity for Jenelle to get out of this relationship than right now. Clearly, David has some very serious anger issues, and I think everyone’s biggest concern is what he will do to the children if Jenelle leaves. That threat is not a big concern right now because he doesn’t have access to them.

The more I write about this, the sadder I get.

We will more than likely be checking back in with another update on Friday.