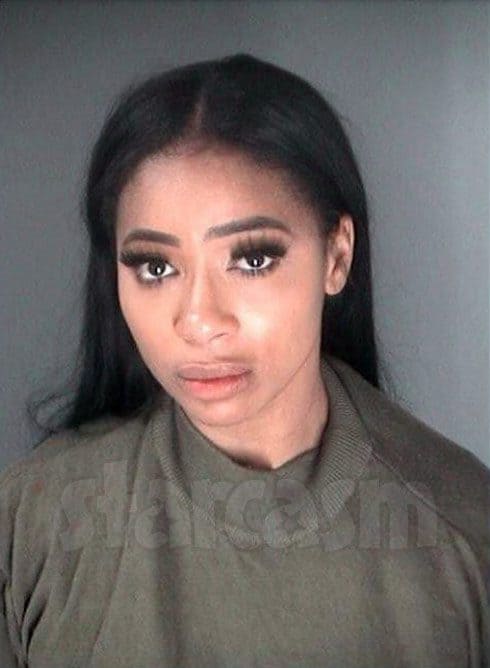 Love & Hip Hop Atlanta star Tommie recently turned herself in on charges stemming from her 2016 DUI. The imprisonment is just the latest in Tommie’s unfortunate and complicated criminal history, which includes arrests and outstanding warrants in at least three different states. And while our compilation of all of Tommie’s mugshots went viral with her LHHATL debut two years ago, Tommie has added several more to her growing gallery since then.

Tommie’s latest imprisonment could have gone a lot worse

Yesterday, Tommie surrendered to authorities at the Fulton County Jail in Atlanta. She’ll serve two days (yes, you read that right) thanks to the plea deal her legal team worked out. But the initial punishment was much harsher: Tommie originally faced two years in prison on the seven total charges for which she was arrested on January 15th, 2016. (Since the charges all related to a DUI, Tommie’s priors factored into the harsher sentence.)

According to Fulton County records, Tommie was originally charged with a DUI; driving without a license; driving without headlights; failure to maintain her lane; failure to have her license on her person; obstruction of a law enforcement officer; and an auxiliary light violation. Here’s a screengrab of the list:

Based on those same records, it looks like the first four charges on the list above were dismissed, and Tommie pleaded no contest to the final three. Beyond the two days jail time, Tommie has also been ordered to complete 40 hours’ worth of community service, complete an alcohol and drug evaluation treatment, and spend the next year on probation.

Ever the social media dynamo, Tommie filmed her final moments of freedom before surrendering to the authorities. Among other things, Tommie assured her Instagram story viewers that “this is the last time I’ll ever be making this trip,” and implored her followers: “Don’t make bad decisions, kids.”

Love & Hip Hop Atl’s #Tommie turns herself in with her boo #IanConner, vowing this would be the last time she goes to jail. (#lhh #LHHATL #lhha) ***SWIPE***

How many times has Tommie from LHHATL been arrested?

Following this latest run-in with the law, we couldn’t help but be a bit curious about the full extent of Tommie’s legal troubles. We’ve been covering her since her LHHATL debut, so we thought we’d take a crack at answering a daunting question: Exactly how many times has Tommie been under arrest? 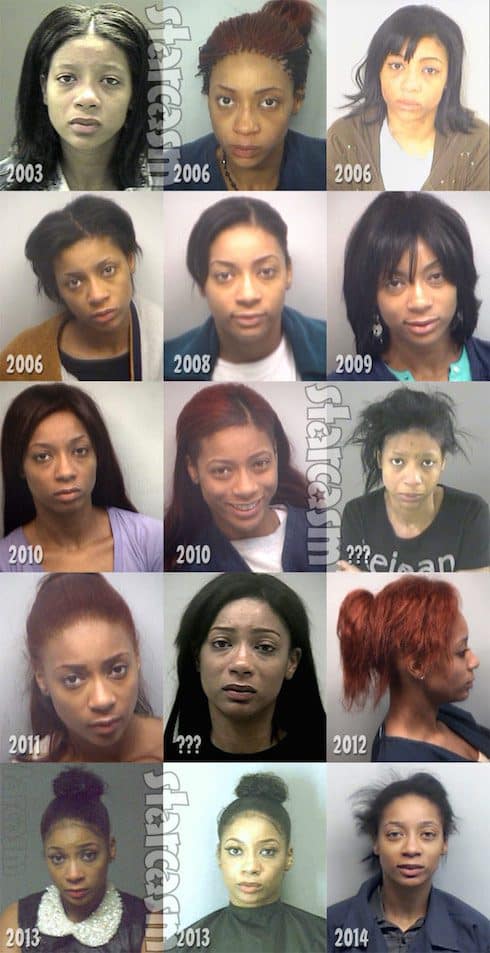 To be fair, Tommie sat for an interview with VH1 after our montage went viral, and claimed that some of the mug shots in the image aren’t of her. But she’s never explained why someone else with the real name Atasha Jefferson and who bears a striking resemblance to Tommie herself is going around committing crimes in the reality TV star’s name.

Tommie’s 2011 arrest for identity theft in Goodhue County, Minnesota. It’s long been rumored that Tommie and her former mentor Karen King used to run an identity theft ring; many of Tommie and Karen’s criminal charges in the Atlanta-area are related to identity theft and fraud. Tommie appears to have violated her probation after being sentenced in this case; the original term was extended last year.

Tommie’s 2014 arrest for leaving the scene of a crash in Miami. Tommie infamously wore a see-through top to her first court date on this charge.

March 7, 2018: Tommie is arrested on a battery charge. The actual incident for which Tommie was arrested took place on February 1st of the same year. According to several eyewitnesses and a security camera, Tommie allegedly got into a shouting match with a jewelry store employee at Atlanta’s Lenox Mall, then “slapped and punched the employee repeatedly.”

July 9th, 2018: Tommie is arrested for disorderly conduct while under the influence. Tommie was already in violation of a court agreement by being drunk after she’d been ordered to wear an alcohol monitoring device. She then struck a valet outside Atlanta’s Royal Peacock club, and was detained by the same police officer toward whom Tommie had already shouted obscenities earlier in the night when the officer ordered her to stop walking in the middle of the street.

So: How many times has Tommie from LHHATL been arrested? For now, it looks like the number is twenty-two: the twenty above, plus the two updates below. But we may have missed something. And we’ll continue to update this article, should Tommie ever find herself arrested again.

UPDATE 10/18/18 – Tommie was arrested for at least the 21st time after allegedly assaulting a middle schooler at the child’s school in Smyrna GA. Click here to read our article and see Tommie’s mug shot from that arrest.

UPDATE 10/18/18 #2 – That didn’t take long: Less than 24 hours after the above arrest, Tommie was arrested *again*. This time, the charges include aggravated stalking; click here for that article.

(Photo credits: How many times has Tommie from LHHATL been arrested via Fulton County Sheriff’s Department)