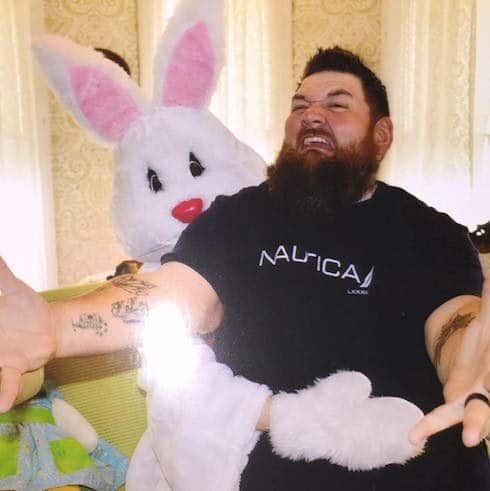 It’s been a steady, successful journey for My 600 Lb Life‘s Gideon Yeakley since his Season 4 appearance on the show. Our last update on Gideon’s progress revealed that he’s lost at least half of his peak body weight. And, if the latest photo is any indication, My 600 Lb Life Gideon now weighs even less — possibly because he’s chasing his infant daughter around the house!

Gideon weighed 650 pounds upon being introduced to viewers. One of the reasons his story stands out is because of his pronounced post-surgery depression. While Gideon had no trouble sticking to his diet, he found it excruciatingly difficult to function on so few calories, and for a long period was unable to search for a new job. As is often the case with My 600 Lb Life participants, the burden of the household shifted to Gideon’s wife Kayleigh and their then-seven-year-old son Jonathan.

But by episode’s end, things had begun to look up. Gideon had lost a third of his peak weight, and was down to 429 pounds. Then, a few months after his My 600 Lb Life episode premiered, Gideon took to Twitter to reveal that he’d dropped considerably more weight. As of October 2016, Gideon said, he’d lost “almost half of his starting weight,” meaning he was down to approximately 325 pounds.

My 600 Lb Life Gideon now: He’s looking slimmer and happier than ever

There’s also been some wonderful news for Gideon not related to weight loss. Last autumn, he and Kayleigh welcomed their baby girl Frankie into the world! (The family hasn’t made Frankie’s birth date public, but they shared the first photos of their little girl last September, meaning she’s likely around one.)

So, for comparison’s sake, we’ll first show you a photo of Gideon and his family that his wife Kayleigh shared last November, not long after Frankie was born: 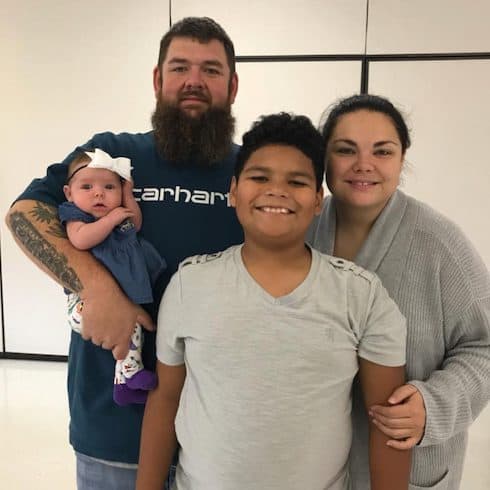 And here’s My 600 Lb Life Gideon now, looking every bit the proud papa, in a pic that the family shared just three days ago: 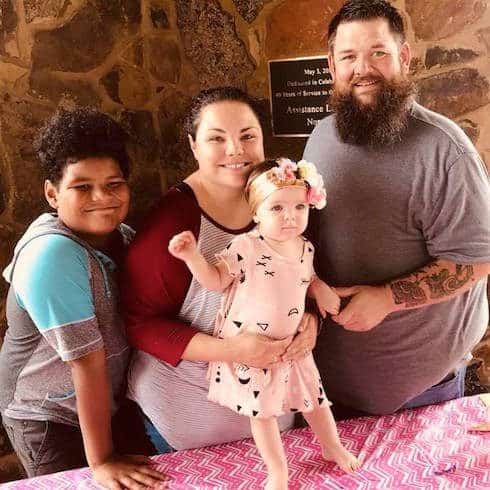 Congratulations to Gideon on his healthy baby girl and continued weight loss success! Hopefully, we’ll get a closer look at his journey with a Where Are They Now? episode at some point. Gideon hasn’t said whether or not TLC’s cameras have been busy filming him, but we should find out soon enough — the new seasons of both My 600 Lb Life and Where Are They Now? are expected to debut in the spring of 2019.