My 600 Lb Life offshoot Family By The Ton was a sleeper hit for TLC earlier this year, but there hadn’t been many updates from Drew Stewart, Naomi Anderson, and Chitoka Light since the Season 1 finale. Fortunately, we can now confirm that Family By The Ton Season 2 has been filming for months, and is likely to premiere in early 2019!

Officially, there’s been no word from either TLC or Crazy Legs, the show’s production company, about a Family By The Ton Season 2. However, the Atlanta Journal-Constitution‘s Radio TV Talk blog keeps close track of every TV show and movie in production in and around the Atlanta area, and their eagle eyes have noted filming permits with the show’s name on them for weeks.

Here’s the brief, but tantalizing write-up from the AJC:

“Family by the Ton” TLC. (second season in production) A trio of obese family members in Atlanta struggle to lose weight. Combined, they weigh about a ton. Production company Crazy Legs is based in Atlanta. It aired in early 2018.

That note was originally published in early October of this year, which suggests three things. First, Family By The Ton Season 2 had likely already been filming for at least a little while, since there’s always a delay between the start of shooting and the blog getting updated. Second, we don’t know exactly when filming for Season 2 is scheduled to end — meaning it’s possible that the show is still being shot.

And third, it looks like Season 2 will buck My 600 Lb Life‘s format of choosing a new participant for every episode and once again focus on Naomi, Chitoka, and Drew!

So — now that we know the trio of cousins will be back sometime in 2019, how are they all doing today? Did Family By The Ton lose weight — and keep the weight off? Judging by their most recent updates, the answer is a resounding yes.

We’ll start with Chitoka, who had the highest peak weight of all of her cousins: right at 700 pounds. At the beginning of Family By The Ton Season 1, she’d been bed-bound for four years. By season’s end, though, Chitoka had lost 150 of those pounds. And, as she recently explained for Huffington Post, that weight loss granted her a humble new outlook on life.

“I have regained that independence as the pounds have come off,” Chitoka said. “Even in my home, on the show I was preparing food in bed. [I love]being able to cook where people normally cook — in the kitchen. [I love] being able to leave the house. Just the simple things people take for granted.”

Here’s one of the recent photos Chitoka has made public; it was taken in early spring, at the Family By The Ton Season 1 finale party: 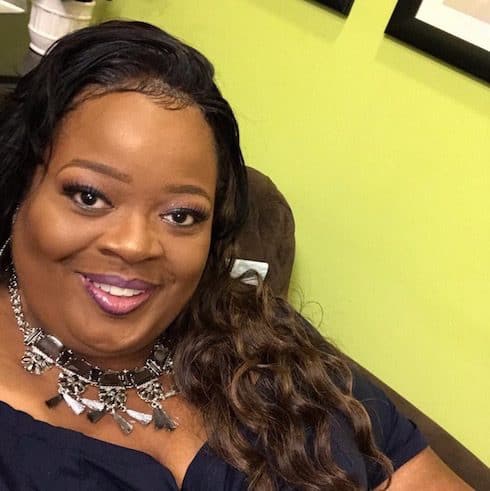 And here’s another, more recent pic, this one taken mid-summer: 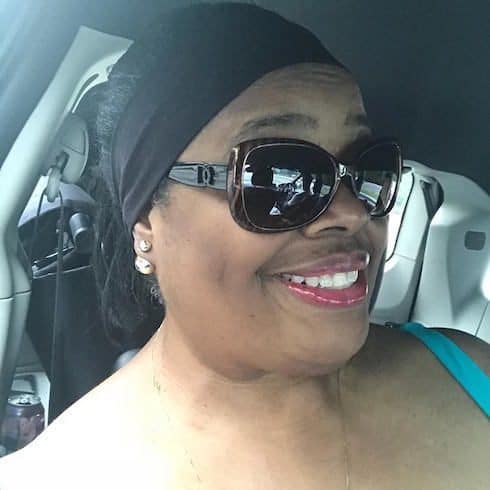 Naomi Anderson was the lightest of the three cousins when the show began, but still weighed around 430 pounds. Though getting dumped by her then-boyfriend in the season finale was an unexpected turn of events, Naomi’s well past that blip: she’s lost over 100 pounds in total. And Naomi has since described herself as “happier” and “stronger” than she’s ever been.

“I’m so much happier then I ever thought I could be honestly,” she told Reality Blurb. “Having that surgery made me see myself differently and I realized how strong I am and it allowed me to get out my comfort zone. I can run and play with my nephew and go on rides with him. It was definitely worth it.”

(On a related note, Naomi confirmed that her mother Beverly, whose weight loss surgery was the trigger event for the show, is also doing quite well! “My mom is doing amazing,” Naomi said. “She is strong and she struggled for a while but she is back and better than ever!”

Though she didn’t date the side-by-side images, here’s a full-body before-and-after photo that Naomi shared on social media just a few days ago: 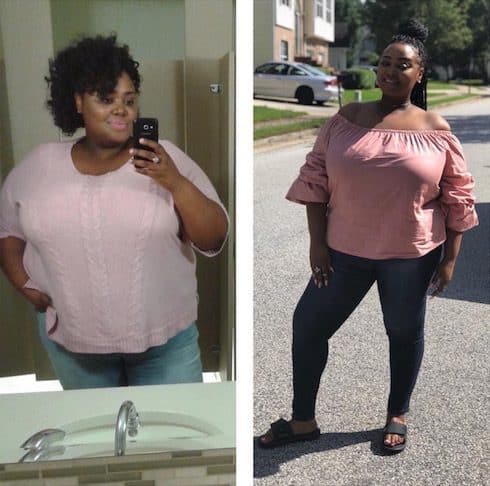 But that’s hardly the only time Naomi has shown off her new body. Check her out at a pin-up show earlier this month:

That time my brother @atlannabis got me to go to pin ups ?? with him and my cousin…..

Unfortunately, Drew Stewart doesn’t appear to have any social media accounts, so we don’t have a new photo of him. But he has offered updates on his weight loss journey since the show ended, confirming in an interview with Men’s Health that losing 175 pounds has dramatically improved his overall well-being.

You can keep up with Chitoka via her official Facebook page, and with Naomi on Instagram. Until Family By The Ton Season 2 airs in 2019, you’ll have to be satisfied with revisiting Season 1 on the show’s streaming site.