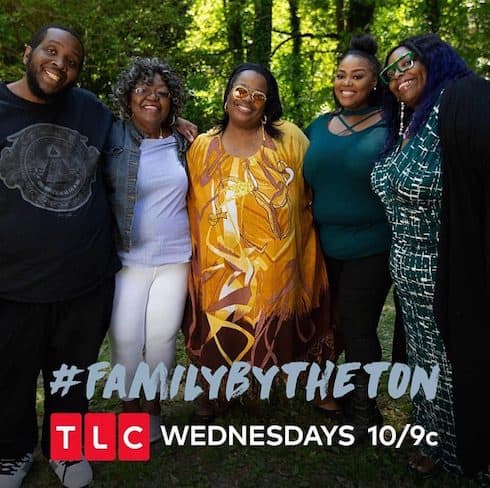 The new season of TLC’s My 600 Lb Life spinoff Family By The Ton introduced viewers to the King family, whose four-person weight tops 2,200 pounds. But where are the Andersons from Season 1 of the show? Are they still part of the Family By The Ton cast?

If you’ve been freaking out about the Anderson absence from the season premiere, don’t worry: we’ve learned exactly when you can expect their return to the show.

Before we go any further, though, here’s the trailer for the new episodes:

As we confirmed months ago, the Andersons *will* be included in the Family By The Ton cast for Season 2. The show’s production team began filming new episodes in early 2018; production on those episodes wrapped awhile back. (In fact, it’s likely that filming for Family By The Ton Season 3 will begin soon.)

Since the Anderson family lives in Georgia, and the show received permits to film in Georgia, we naturally assumed that the Andersons would once more be the only people included in the Family By The Ton cast. However, it turns out that the Kings also live in Georgia. (Our feature on the King family will be up later today.)

But TLC decided to launch the new season with the King family going first, and the Andersons coming second. Presumably, the network was hoping to avoid the mid-season ratings dip that every show experiences by bringing back some familiar faces. The tactic just might work; judging by social media comments on everything Family By The Ton after last night’s season premiere, viewers are eager to have the Andersons back.

It won’t be a long wait. Naomi recently revealed that she, Chitoka, and Drew will make their Season 2 debut on February 13th. “We are [back], but it’s gonna show the King family first,” Naomi explained for a fan. “We will start airing Feb 13th no worries your favorite family on TLC is coming back in February ?❤️??”

And how are the show’s veterans looking these days? Naomi’s glow-up continues to astonish, and her enthusiasm for the new year is clear:

Happy New Years!!! I brought my year in just the way I wanted and I’m so thankful and excited for this upcoming year because it’s going to be EPIC!!! #familybytheton #naomibytheton #newyear #happy #loved #special

Chitoka has been throwing it back hard with some eye-popping before-and-after shots like the one below:

And Drew is looking better than he did when viewers first met him — plus, he’s sounding like he feels better, too:

Everybody been asking!!??!! There will be a Season 2 of Family by the ton the Premier will be Wednesday January 2nd on TLC. #fatambassador #familybytheton #tlc #tlcgo #drewbytheton #fatambassador #vsg #fitnesslife

So! To recap all that: *Yes*, the Andersons are still a part of the Family By The Ton cast. But the Kings get the first half of what looks to be a twelve-episode second season. The Andersons will return for the back half, airing in February and March of 2019.

Family By The Ton Season 2 airs Wednesday nights at 10 on TLC.

(Photo credits: Family By The Ton cast via TLC, Instagram)