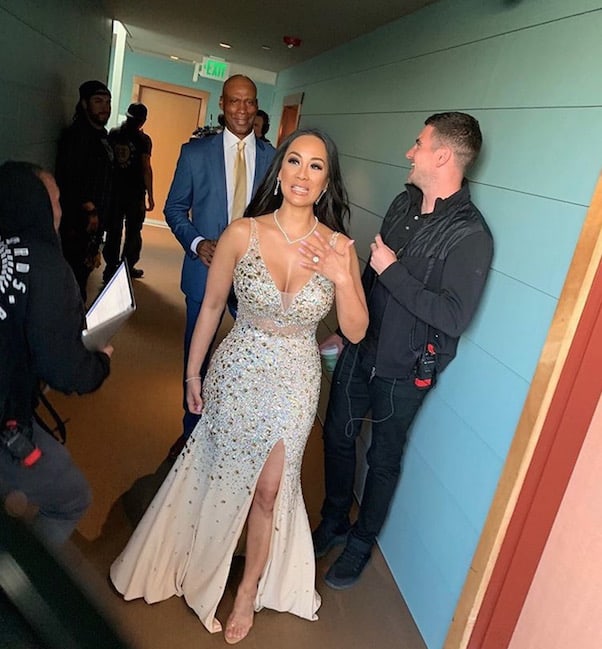 It’s been a crazy, tumultuous Basketball Wives Season 8 for star CeCe Gutierrez — and she may have just revealed that it’s also her last. CeCe appeared to suggest that she’ll be finished with the show once Season 8 is done airing, and she also spent plenty of time thanking the many fans who encouraged her to walk — or run — away.

It was CeCe’s friend OG who brought the connection up. But it was Jennifer Williams who really stirred the pot by claiming that CeCe was only pretending to be her friend — and as proof, Jennifer showed OG some nasty tests about her, written by CeCe.

After the most recent episode, though, CeCe herself took to Twitter for a fairly lengthy Q&A with fans, and took Basketball Wives‘ producers to task for their editing. To hear CeCe tell it, the texts were actually several years old, and stemmed from OG’s introduction to the cast at the beginning of last season:

I did say that and a lot more. But production keeps editing everything I do and say. They even made it look like I left. But I didn’t… https://t.co/79PZan3KkQ

And it of course goes without saying that CeCe and OG are totally cool — though the last scene of their conflict might lead you to believe otherwise:

Yes we are ❤️ we talked 2.5 seconds after it happened and then was cutting it up on the dance floor! But they cut me out like I left ??‍♀️ https://t.co/VMK4Mb6Tl8

After all that, CeCe’s response to one fan in particular felt like more than just frustration. It’s possible that she’ll simply refuse to return to the show, should Basketball Wives Season 9 get a green light:

It’s also worth point out that CeCe suggested in the same Q&A she might not have anything to do with the Season 8 reunion, either. And judging by the response of her followers (not exactly a scientific poll, but still), she’s got the support of plenty of viewers. After all, CeCe Gutierrez has a full-time nursing job outside of her reality TV obligations, to say nothing of a loving relationship to tend to.

Basketball Wives Season 8 airs Wednesday nights at 8 on VH1. Original cast member Tami Roman has already announced her farewell; will you miss CeCe Gutierrez if this is indeed her final season, too?

What are the Wahlbergs’ net worths?