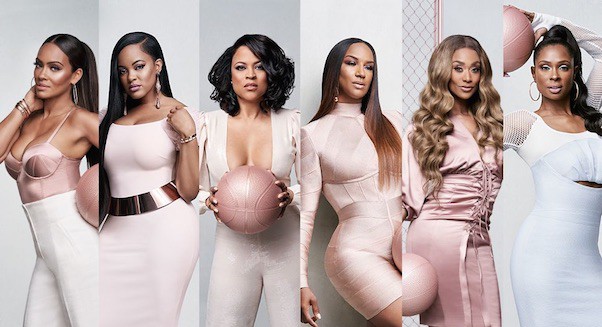 We’ve finally got confirmation on the Basketball Wives Season 8 premiere date — and it was worth the wait, because we’ve got all the tea on the complete cast as well! It turns out that we were right about the cast with our first update months ago, and that the show will be back a little later than we expected.

First of all, here’s the obligatory teaser trailer, full of snippets of dialogue and potentially startling revelations:

Next up is VH1’s minor tea spillage. The network confirmed the Basketball Wives Season 8 premiere date and main cast in the same update. The biggest news is that the show is making the jump to a new night: Basketball Wives is back on Wednesday, June 19th, at 8 PM and will continue airing on Wednesday nights in 2019.

As for the cast, everybody from Season 7 is returning, and there’s one newbie to look forward to. From VH1:

Coming back for more this season? You know it wouldn’t be Basketball Wives without Shaunie O’Neal, Evelyn Lozada, Tami Roman, Jackie Christie, Malaysia Pargo and Jennifer Williams. Back for more action are last year’s newcomers Kristen Scott, Cece Gutierrez and Ogum ’OG’ Chijindu. Plus, there’s a brand new face this season as Feby Torres joins the group to shake things up! Follow along as the ladies try to balance life’s unexpected turns while making money moves and trying to navigate their strained relationships.

So, no, Tami Roman didn’t follow through on her semi-threat to quit the show and do “Bonnet Chronicles” full-time instead. And Jackie Christie didn’t quit either — or at least she hasn’t yet, despite her recent mysterious beatdown during filming for the current season. (Though she and Tami may be feuding behind the scenes.) CeCe Gutierrez, recently engaged to Lakers legend Byron Scott, is believed to be coming back as a part-time cast member. And Shaunie O’Neal is still over all of it.

In addition, Ebony‘s update on the Basketball Wives Season 8 premiere date added one more worthwhile tidbit: Season 8 will be a “16-episode installment,” just like Seasons 6 and 7. (That figure doesn’t count the inevitable reunion episode.)

On a fairly related note, it seems like a misstep for the show to come back after the NBA season has concluded. I know, the rumors are true, almost none of the women on Basketball Wives are married to or boo’d up with any current NBA players. But you’d think maybe the show would benefit from a little NBA playoff enthusiasm. Seasons 6 and 7 premiered in mid-April and May, respectively; even if the Warriors’ third consecutive NBA championship takes a seven-game finals, the Basketball Wives Season 8 premiere date will fall after the final buzzer.