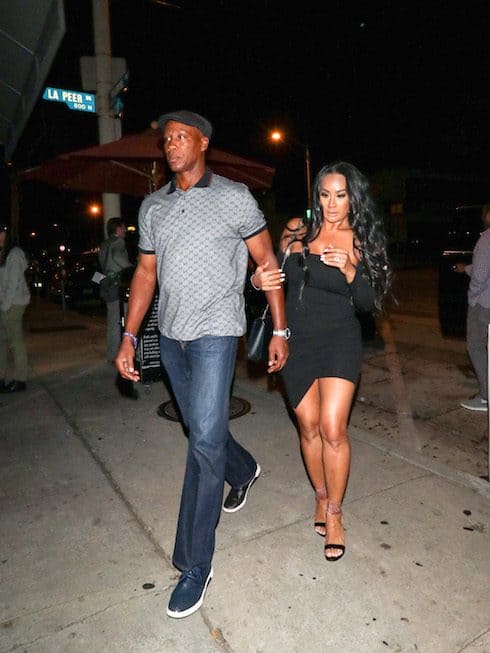 Congratulations are in order for the newest member of the Basketball Wives cast! News of CeCe Gutierrez engaged to her boyfriend-turned-fiancé, Los Angeles Lakers legend Byron Scott, broke yesterday when the two of them let it slip on social media. And we say “let it slip” with a huge wink, since the way the news came out wasn’t exactly private — but was no less heartfelt for that.

CeCe and Byron were quietly engaged weeks ago

Shortly before Basketball Wives‘ latest season finished airing, CeCe and Byron hopped on a plane and headed off to Tahiti. At about the same time, CeCe made a subtle change to her Instagram profile: she added a diamond ring emoji on the first line, right next to the word “Mother”: 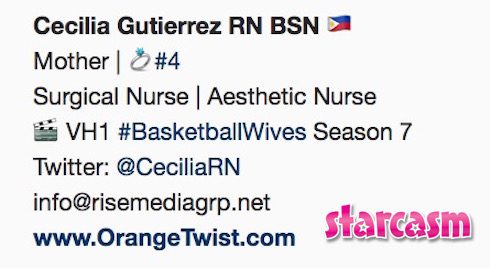 Then, over the weekend, CeCe uploaded a photo of herself in a stunning bathing suit and wrap next to the water at the resort where she and Byron were staying:

And one of the very first comments on the photo came from Byron himself. In it, Byron went back over he and CeCe’s time together — they’ve been dating for four full years — and called himself “the luckiest man on earth,” now that CeCe is engaged to him:

In short, CeCe Gutierrez engaged means that the former nurse will soon become one of the few members of the Basketball Wives cast to be an actual basketball wife 😉

CeCe’s engagement ring is a feast for the eyes

We’ll also point out that the photo at the top of the article — in which it sure looks like CeCe is sporting some serious new bling on her ring finger — was taken almost exactly two weeks from the date of Byron’s comment. The photo was snapped on September 5th, as Byron and CeCe stepped out for dinner at Craig’s in Los Angeles. Here’s a second photo from the same sequence, showing CeCe’s engagement ring at a different angle: 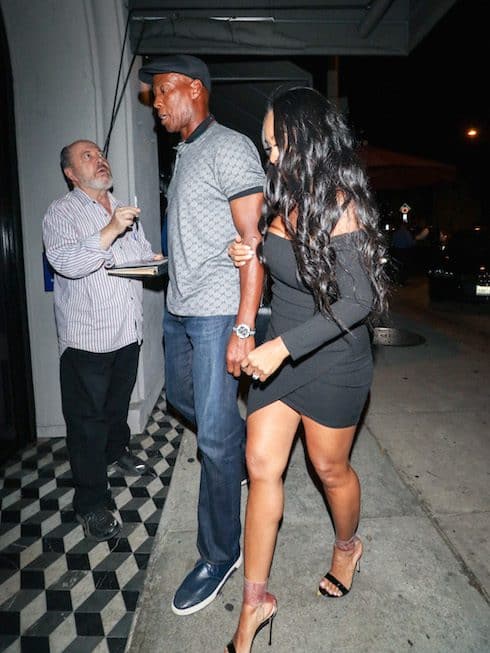 Who is Byron Scott’s first wife?

Byron Scott and his first wife, Anita, divorced in 2014 after a 29-year marriage. The two have three children together, all of them adults.

Though it’s been over four years since the divorce filing, Anita and Byron are currently embroiled in what sounds like a pretty serious legal battle over their assets and Byron’s spousal support. Per The Blast, Anita actually called CeCe to testify earlier this year; at issue is Anita’s claim that Byron “is not paying her a dime,” despite the fact that — according to Anita, anyway — Byron is bringing in around $23,000 per month from assorted TV and book deals.

Despite that cloud, it sure looks like CeCe and Byron are as happy as can be. Congratulations to the newly engaged couple! We look forward to getting a behind-the-scenes look at their engagement and Byron’s proposal, since this news all but assures CeCe a second season of Basketball Wives when the show returns next year 🙂