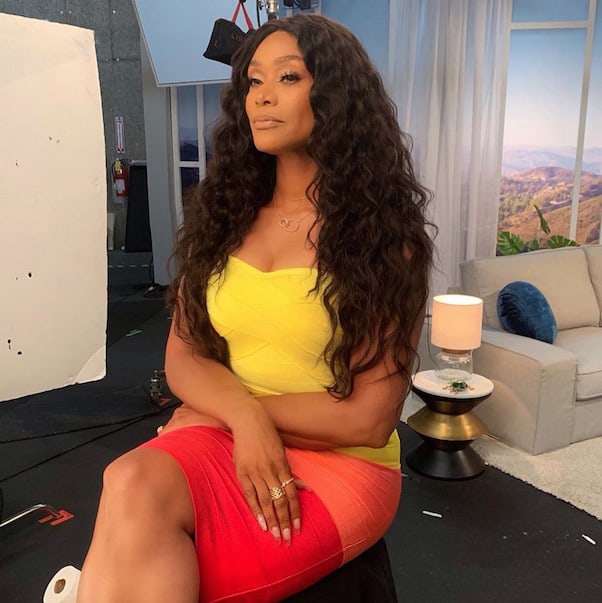 OG Basketball Wives cast member Tami Roman has just announced that her time with the show is through. Tami revealed she’s filmed her final scene for the show in an emotional post — but also told her fans she’s not going to disappear. In fact, it sounds like Tami may have more going on now that the current season of Basketball Wives has wrapped than she did when the show was still filming.

The writing had been on the wall for Tami, who had been eager to move on to new things for at least a few years. Back in 2017, after Basketball Wives Season 6, Tami Roman was reportedly in talks with Love & Hip Hop creator and executive producer Mona Scott-Young about developing a show based on Tami’s popular “Bonnet Chronicles” social media series. And Tami married her longtime boyfriend Reggie Youngblood on the deep DL over a year ago, though the news only came out recently.

What’s next for Tami? Plenty, according to the woman herself. As she told The Source just a couple of weeks ago, Tami’s next filmed project is an Apple TV show called Are You Sleeping, also starring Ocavia Spencer and Mekhi Phifer.

And Tami’s also planning on getting some new music out into the world — in a particularly throwback fashion. Here’s what she had to say about the forthcoming tracks:

People who are familiar with me on Real World knew that I had a singing group and that I was the rapper in that group. I kind of felt like getting married and having children, and all the ladies parting ways, that I left that open-ended. So I developed an alter ego, named her Tatiana trill, and I’m gonna put some music out. Not because I wanna be the next Beyoncé but because it’s something that I feel like is a talent. I’m gonna use every God-given talent before I leave this earth. So it’s just something to fulfill that dream of mine.

VH1 hasn’t announced whether Basketball Wives will be back for a Season 9 next year. But if the show does return, it will be really strange to see it without Tami.