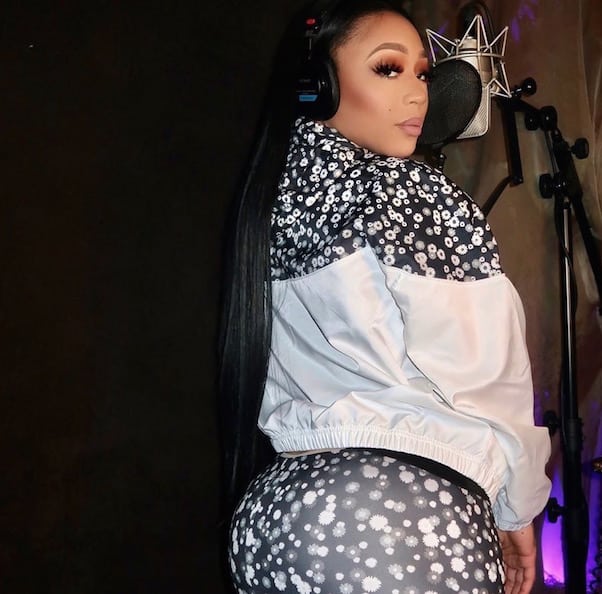 Jessica Dime never gave a specific reason for her departure after LHHATL Season 7. At the time, she said she wanted to spend more time with her then-fiancé Shawne Williams and their baby, Blessing. And she also expressed interest in getting her own reality show, starting with a marriage special based around her and Shawne jumping the broom.

And one of the standard reasons former reality stars give for leaving TV behind — that they couldn’t deal with the invasion of privacy — didn’t seem to apply here. In her final season of LHHATL alone, Jessica Dime let cameras film her ups and downs with Shawne, along with the couple preparing to become parents for the first time.

So it makes sense that the show’s fans have been asking Dime why she left for nearly two years. What no one expected was her out-of-the-blue response to a fan asking her on Twitter last week. And what we expected even less was Dime’s answer, which included a pretty serious sexual harassment allegation against at least one anonymous producer.

Here’s Dime’s tweet, which we’ve screencapped in case she decides to delete it: 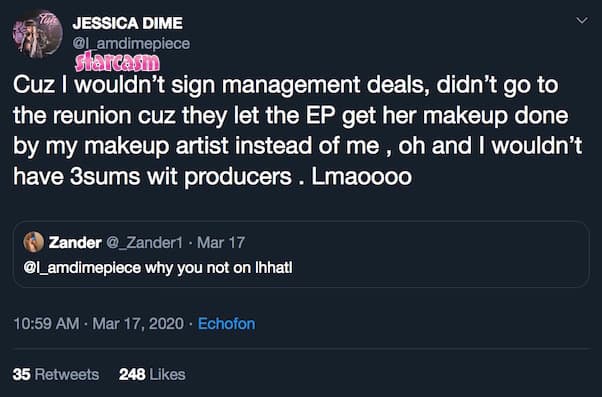 That jazz about management deals and tragically misused makeup artists might sound petty, but they’re both clear signs of disrespect. Although she was only a main cast member for Season 7, Jessica Dime was one of Love & Hip Hop Atlanta‘s most popular cast members during her four total seasons on the show. And her popularity on social media has only grown since she left, meaning LHHATL’s new producers will have to eat a little old crow if they try to pull a ten-year reunion season next year like they just did with LHHNY.

But it’s also surprising, in the era of #MeToo and something slightly closer to accountability for sexual harassers, that this is the first we’re hearing about pressure for “3sums wit producers.” Or maybe it isn’t surprising? After all, Harvey Weinstein is the only really powerful figure to be actually convicted on any charges related to women’s allegations. Most men who’ve been accused just took the Louis CK route and disappeared briefly before returning to the spotlight.