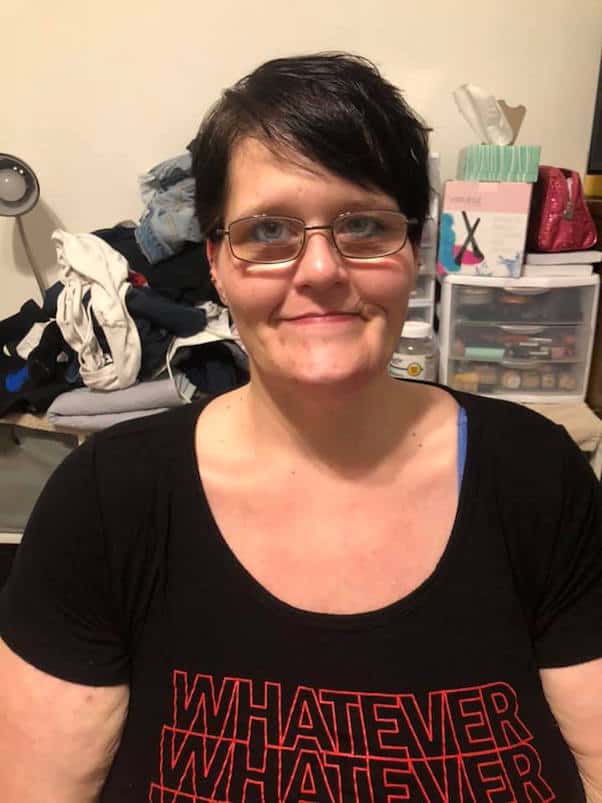 We’ve got a surprise My 600 Lb Life Charity update for you, thanks to Charity’s unexpected Q&A session with fans and the bevy of new pics she’s been posting! As we reported earlier this year, Charity Pierce is looking better than we’ve ever seen her thanks to successful skin surgeries. Now, Charity says she’s more determined than ever to meet her weight loss goal.

Charity is one of just a half-dozen My 600 Lb Life cast members to have lost more than 500 pounds. She currently has the fifth-biggest weight loss in the show’s history by total pounds lost. But her weight loss journey has been fraught with outside complications, most notably her public fight with producers after her 2017 Where Are They Now? episode aired. At the time, Charity accused Megalomedia, My 600 Lb Life‘s production company, of mischaracterizing her daughter’s relationship with a family member and making it look like the two were engaged in incest.

That accusation almost overshadowed the fact of Charity’s 350+ pound weight loss by episode’s end. Two years later, she’s undergone multiple successful skin removal surgeries, and appears to be in a much calmer, happier place — Charity has even suggested that she might be done with My 600 Lb Life for good.

Before we get to the Q&A portion of this My 600 Lb Life Charity update, here’s a pair of new full-body shots Charity shared earlier this summer. The first features Charity alongside a close friend, and rocking the same shirt and new ‘do she’s got on in the pic above: 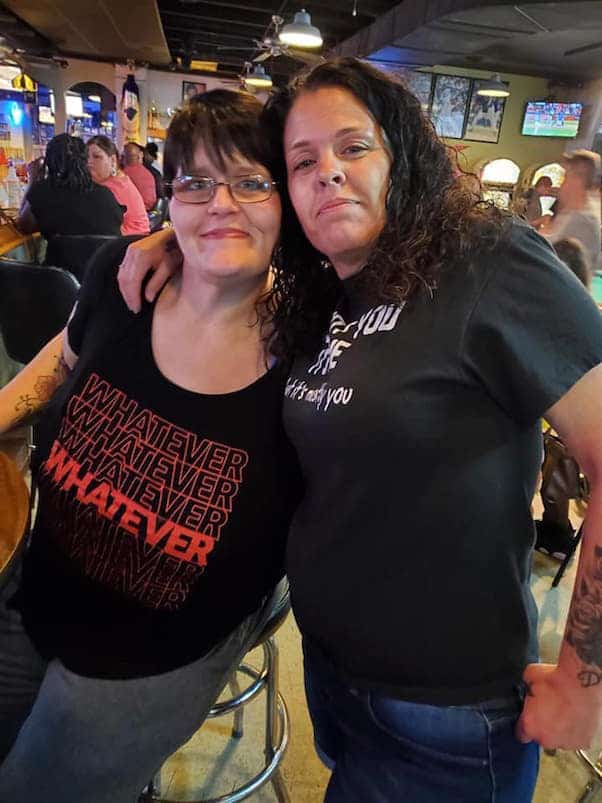 And the second is one of the mirror selfies for which Charity has become known these past couple years: 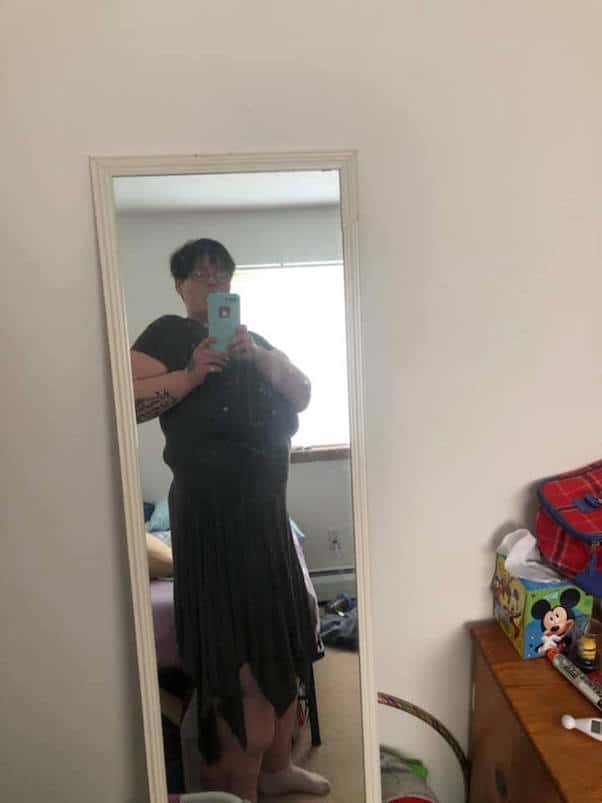 As for that Q&A: Charity recently dropped the unexpected invitation to her Facebook followers, and spent the afternoon answering their questions. About half the total number of comments were actually not questions at all, but well-wishes for Charity; in addition, several people asked basically the same question at different points throughout the chat. We’ve edited the full session down into the handy dandy version below. The original questions are in boldface, followed by Charity’s answers:

During your weight loss journey, what is the hardest thing about it?
The skin surgeries.

I have about 150 lbs to lose and was curious as to what a good diet regimen is. Food suggestions. And menus? I need help!
Protein and veggies. Low low carbs.

How long did it take to lose at least 100 pounds? What are some types of food you ate on diet?
A few months. Protein and veggies.

What type of meat?
Chicken, tuna, turkey, fish, and shrimp.

Now after all of this time, is sticking to the diet still a struggle, or by this time is it just second nature to you?
It’s still a struggle. I will always be a good addict. I just take it day by day. I’m not perfect. No One is but I do my best.

Do you have a love interest?
No I’m single and enjoying that.

How old are you? What other procedures are you considering at this point?
I’m 43. And I haven’t decided to have anything else done yet. Just enjoying life right now.

Have you had or have plans for further skin removal?
I’m not done yet. I have a goal. And will achieve it.

You can follow the official Charity Pierce Facebook page here. Charity’s 2019 Where Are They Now? follow-up is now available for streaming.