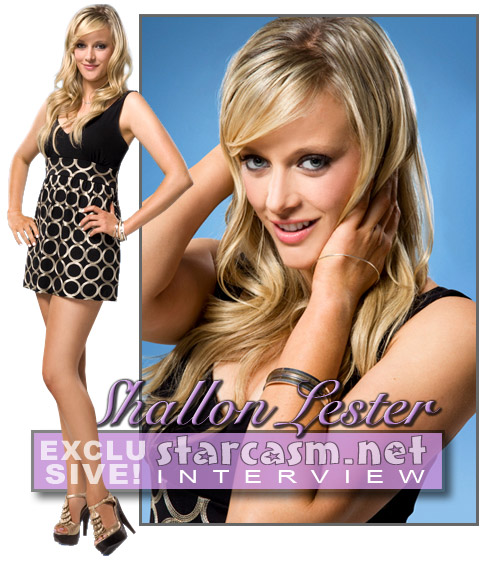 Just as the Sex and the City franchise is taken out behind the barn (or Moroccan desert) and inhumanely put down by writer/director Michael Patrick King, another group of sexy young Big Apple BFFs are ready to step up and take its place. Shallon, Gurj, Nikki, Victoria and Klo are the next New York City estrogeneration and the stars of MTV’s Downtown Girls, a “reality sitcom” that follows the lives of these five real girlfriends as they traverse the treacherous landscape of career, fashion and boys in the City That Never Sleeps.

At the helm of this friendship is Shallon Lester, a relationship blogger for Glamour.com’s Smitten and former gossip columnist for New York Daily News‘ Rush & Molloy and Gatecrasher. Just as this witty, pretty City kitty prepares to cross over from writing about celebrities to becoming one herself, she sat down with us to discuss dating, writing, why boys send girls penis pictures, and how hard it is for a girl to get everything she needs from just one guy.

STARCASM: How long has Downtown Girls been in development?

ST: So has the concept of the show gone through a lot of changes?

SH: No, it’s been pretty consistent so far. The producers really wanted to do something that showcased the lives of real girls living in the City.

ST: In addition to being a relationship blogger for Glamour and a former gossip columnist for the New York Daily News, you also do a bit of hilarious video blogging over at DoubleAgnet.com?

SH: (Laughs) Thanks. I love the the video blog!

ST: I think my favorite was the one in which you addressed the unexplainable desire in men to send women pictures of their penises.

SH: I know! We don’t want to see the pictures! Stop sending them. (laughs) Yeah, guys need a lot of education, so if I can be of any help – if I can spare one girl the lessons that I’ve had to learn the hard way – then I’m satisfied.

ST: Were you friends with all the ladies before you started taping?

SH: Yep. We’ve been friends for a while. I met all of them through friends of friends – that’s kind of how it goes in the City.

ST: Did they have to audition?

SH: No. I joke with them sometimes, like if we’re trying to decide where to go to lunch and I say, “I want to go here and if you don’t I’ll make you audition for the show.”

ST: Downtown Girls looks to have more of a ‘real’ feel than shows like The City and The Hills.

SH: Yeah, it’s different from The Hills and The City. We’re new, obviously. Those girls have been followed since they were like 18 for goodness sakes, and we’re not necessarily in the fashion and P.R. industry. We’re really bonded as friends and so I think we’re really relatable. The things we’re going through is stuff that every girl in the City and in our generation is going through right now. It’s keeping a career afloat, compartmentalizing your ex-boyfriends, managing your relationship and still keep up your friends – that sort of thing. 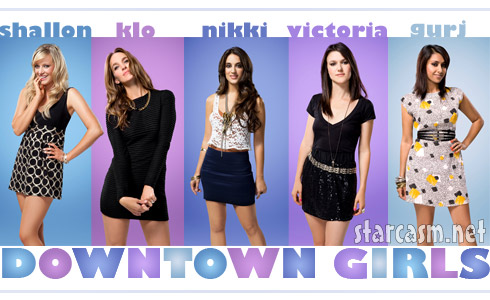 ST: I’m guessing you do a lot of dating on the show?

SH: I do a lot of dating in general. (laughs)

ST: So you don’t have one special guy right now?

SH: No, not right now. I have two special guys. Well, I wouldn’t say “special,” that’s a very generous term. When someone asks me, “Why do you date two guys at a time?” It’s like grocery shopping in the city – it would be great if you could go to one place and get everything that you needed and you wouldn’t have to go to a bunch. Boys are the same way. You need the affection of that one, you need the abs on that one, you need the ambition from this guy.

ST: The triple-A qualities of affection, abs and ambition are definitely good things! What are some of your biggest turn-offs in a guy?

SH: Um, guys who do yoga. I cannot stand it. I like boys who are manly men, who play sports and drink beer. If he’s doing yoga and talking about chi, I just start gagging. Also, boys who aren’t ambitious is really horrifying. I don’t know how you survive in the city! I’m from California and every douchebag out there is like, “Yeah, I wrote a screenplay. Yeah, I know a producer.” What’s another one? Guys that are just impolite. I like a gentleman who still opens doors and pays for the date. People can call me old fashioned or unliberated, but that’s the way women should be treated, and anyone that says otherwise is selling something.

ST: So you’re not going to settle down and get married any time soon?

SH: No, not any time soon. I’m watching my best friend Klo do it and it looks fun, but every so often she’ll say something like, “Weird! I’m never gonna kiss somebody again that’s like a new person,” and I get panicky and go out and kiss three people just because I can. It’ll happen eventually but I’m not in a rush. 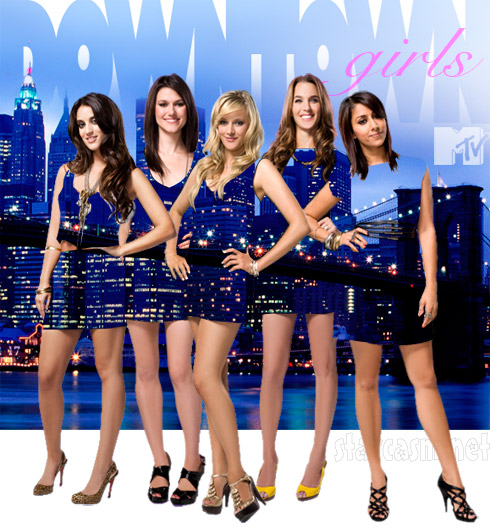 ST: You co-wrote the book Hot Mess: Summer in the City with Julie Kraut a couple years ago. Do you have any other books in the works?

SH: I do. I’m actually in the middle of writing my second
one. It’s called Exes and Ohs and it’s sort of a collection
of humor memoirs about dating – a little something in that
direction. It’s coming out through Random House next
spring. We’re actually selling the movie rights for it
right now, so I guess I’ve got to make it good!

ST: With the new show, a new book and potential new movie
in the works I assume your fame level is about to
skyrocket. Are you ready for the onslaught?

SH: Sort of. I’ll see how thick my skin is when it comes
down to it. But you know, it’s the easiest thing in the
world for people to sit on the internet and write mean
comments about someone.

SH: I’m older than most reality stars I think, like from The Hills and The City. I can’t even imagine having people say things like that when you’re 19 or 20 and still figuring out who you are. But I’ve got a really good family and a great group of friends – a good solid core to keep me from having too many meltdowns. And I’ve got a doctor that liberally prescribes Xanax so I should be fine.

Downtown Girls is set to premiere Tuesday, June 1 on MTV at 11|10 c. In the meantime, here’s the official trailer released by MTV: